In Colombia there are 115 Indigenous Peoples’ groups, broadly represented by five national organisations, covering 28 of the country's 32 departments. These groups represent a social base of almost 2 million people. In the country, there are currently 36 million of hectares of titled indigenous land, comprising 31.5% of the national territory.

Proponents: the Indigenous Technical Secretary of the National Commission of Indigenous Territories (CNTI)
Association of Arhuacas Authorities of the Sierra Nevada (ASO-CIT)

Stakeholders: This proposal directly benefits 5 Indigenous organisations at the national level, translating to 102 Indigenous Peoples communities, whose social base brings together at least 1,982,774 people.

Colombia’s Indigenous Peoples have profound ancestral, cultural, and economic ties to their territories. But abandonment by the state, disputes over territorial control between the armed forces and illegal armed groups, the presence of illicit economies, the emergence of intra- and inter-ethnic conflicts, and rampant human rights’ violations have seen these same communities systematically stripped of their lands. Powerful political and economic actors have entrenched the marginalisation and exclusion of Indigenous Peoples, threatening their physical and cultural survival.

Despite a constitutional framework which in theory protects ethnic and cultural diversity, autonomy and territorial rights, in reality, the application of these rights has been patchy at best, and sometimes non-existent.

The Tenure Facility’s partner, the Indigenous Technical Secretary of the National Indigenous Territories Commission (STI-CNTI), has identified several structural obstacles to the better implementation of territorial rights for Indigenous Peoples in Colombia. These include urgently needed reforms to the land registration process overseen by the National Land Agency (ANT). Until recently, information on the content of land titling applications to ANT has not been made available to indigenous communities, making it almost impossible to track progress or cope with obstacles. Files have gone missing, and in some cases applications have faced unexplained delays of more than 20 years.

A lack of education at a community level has led to widespread ignorance of rights, including the procedures, laws and rules surrounding the titling process, and Indigenous Peoples have had few trusted information systems to turn to in order to better understand how to exercise and defend them.

This project aims to tackle these deficiencies by providing a model for unblocking applications to the ANT, and building capacity at a community level to better exercise and defend land rights.

To read a brief overview of Colombia, click here.

For a timeline of land and forest rights in Colombia, click here. 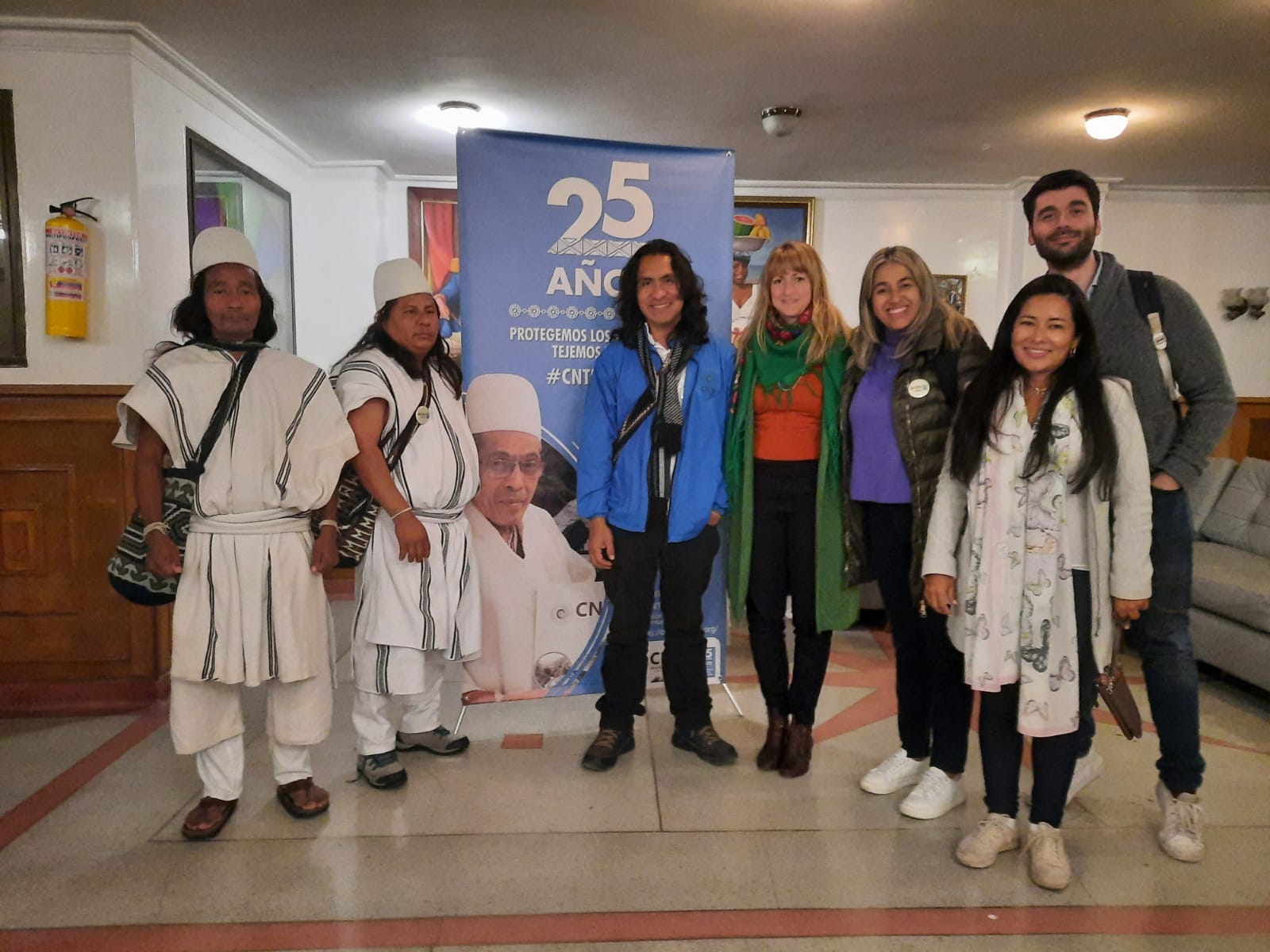 The proposal has been collectively constructed with the participation of Indigenous Peoples delegates of Colombia’s five largest Indigenous organisations. This proposal will serve as a pilot for possible future upscaling, which could provide the basis for promoting all land titling requests which are currently in a state of de facto suspension, due to delays within the ANT’s tenure formalisation process. 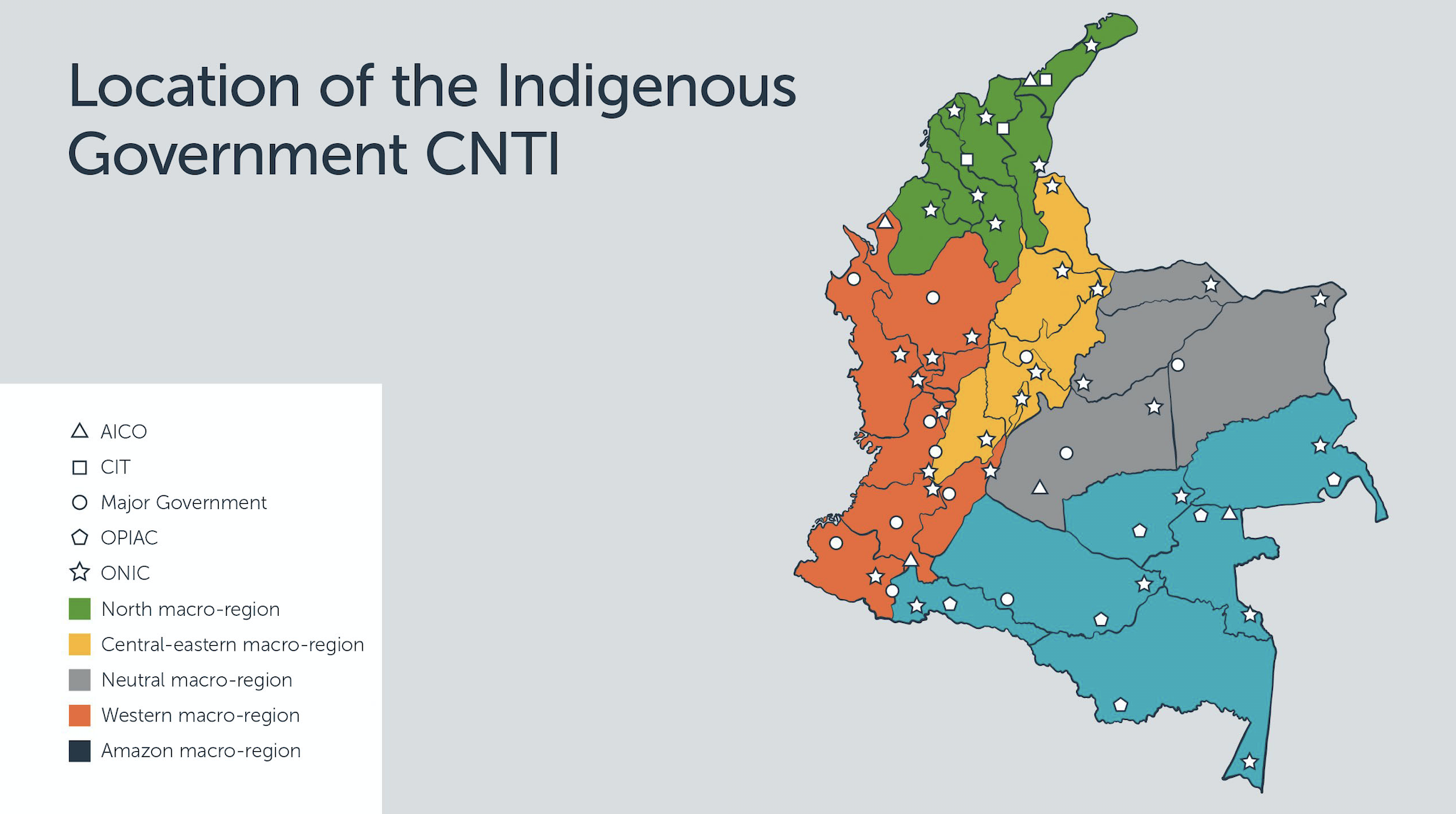 The overall objective of this project is to achieve the recognition and protection of Indigenous territorial rights in Colombia by monitoring applications for tenure formalisation (while supporting the constitution, expansion and improvement of safeguards), knowledge management and the construction of proposals for the advancement of these processes, through the launching of the Observatory of Territorial Rights of Indigenous Peoples. 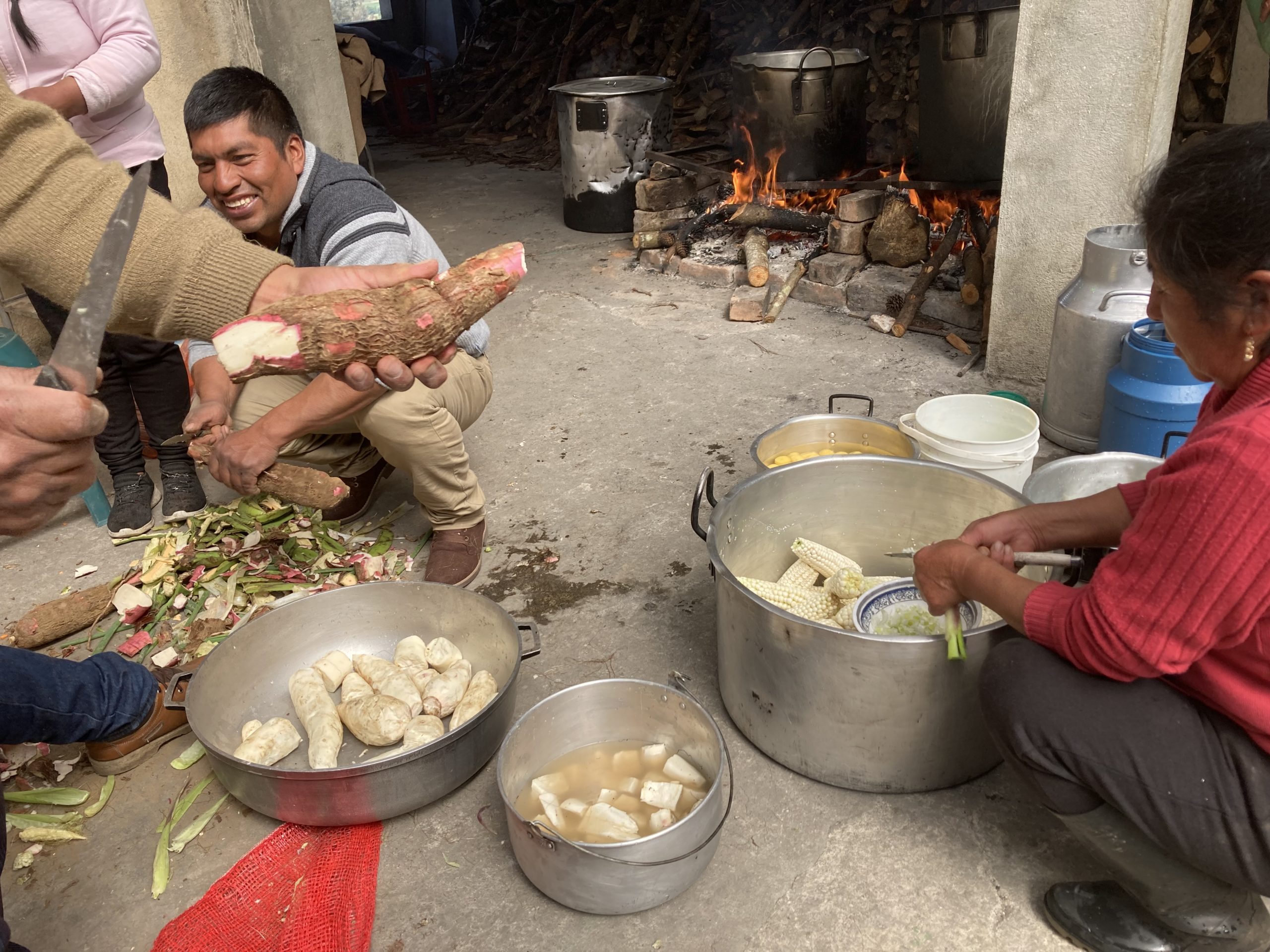 The territorial impact will be on a national level, where the 5 Indigenous organisations with a seat in the CNTI have a presence.

Project leaders from Africa, Asia, and Latin America met in Bogota, Colombia, for the sixth Tenure Facility Learning Exchange event
Your subscription could not be saved. Please try again.
Your subscription has been successful.