The Democratic Republic of Congo (DRC) is the largest country in Sub-Saharan Africa, and one of the most resource-rich territories on Earth. Its borders encompass 60% of the world’s second largest tropical forest, the Congo Basin. The Basin has been inhabited by humans for tens of thousands of years, and is home to more than 150 distinct ethnic groups. It provides food, fresh water and shelter to more than 75 million people, and has hydroelectric potential to largely meet the power needs of the entire African continent. The Congolese forest is of global importance for its biodiversity, as well as for carbon sequestration in the fight against global heating, but faces mounting pressure from agriculture, logging, mining and population growth. Meanwhile communal land rights remain tenuous in a country suffering from widespread corruption, insecurity and weak governance.

This project has emerged as a response to growing concern for the future of Congo’s vast and globally vital forests, many of which currently receive little in the way of formal protection or conservation. Forest-dwelling communities are heavily reliant on their local habitat for survival, but growing pressure on these fragile ecosystems, coupled with the wider impacts of climate change, have seen an acceleration of potentially catastrophic environmental and climactic changes. Local people are increasingly faced with unpredictable seasons and extreme weather events, from floods to fires, which are fuelling increased food insecurity and deepening poverty amongst some of the most vulnerable communities on Earth. In this context, securing communal land rights becomes ever more important, ensuring a degree of control for communities over the management of their natural resources. Some threats to Congo’s forest are external, and include logging and clearance for agriculture, road building and mining concessions. Studies have also highlighted subsistence farming and charcoal production – linked to a rapidly expanding population – as exerting mounting pressure on forests. As such, capacity building at a community level to ensure long-term sustainable management of communally run forestlands is urgently required. Congo’s Indigenous Peoples are especially reliant on these forests for their survival. This project offers an important boost to their prospects, by working towards the protection and long-term management of the country’s rich natural heritage, as well as offering sustainable livelihoods for forest-dwelling communities.

To read a brief overview of the Democratic Republic of Congo, click here.

For a timeline of land and forest rights in the Democratic Republic of Congo, click here. 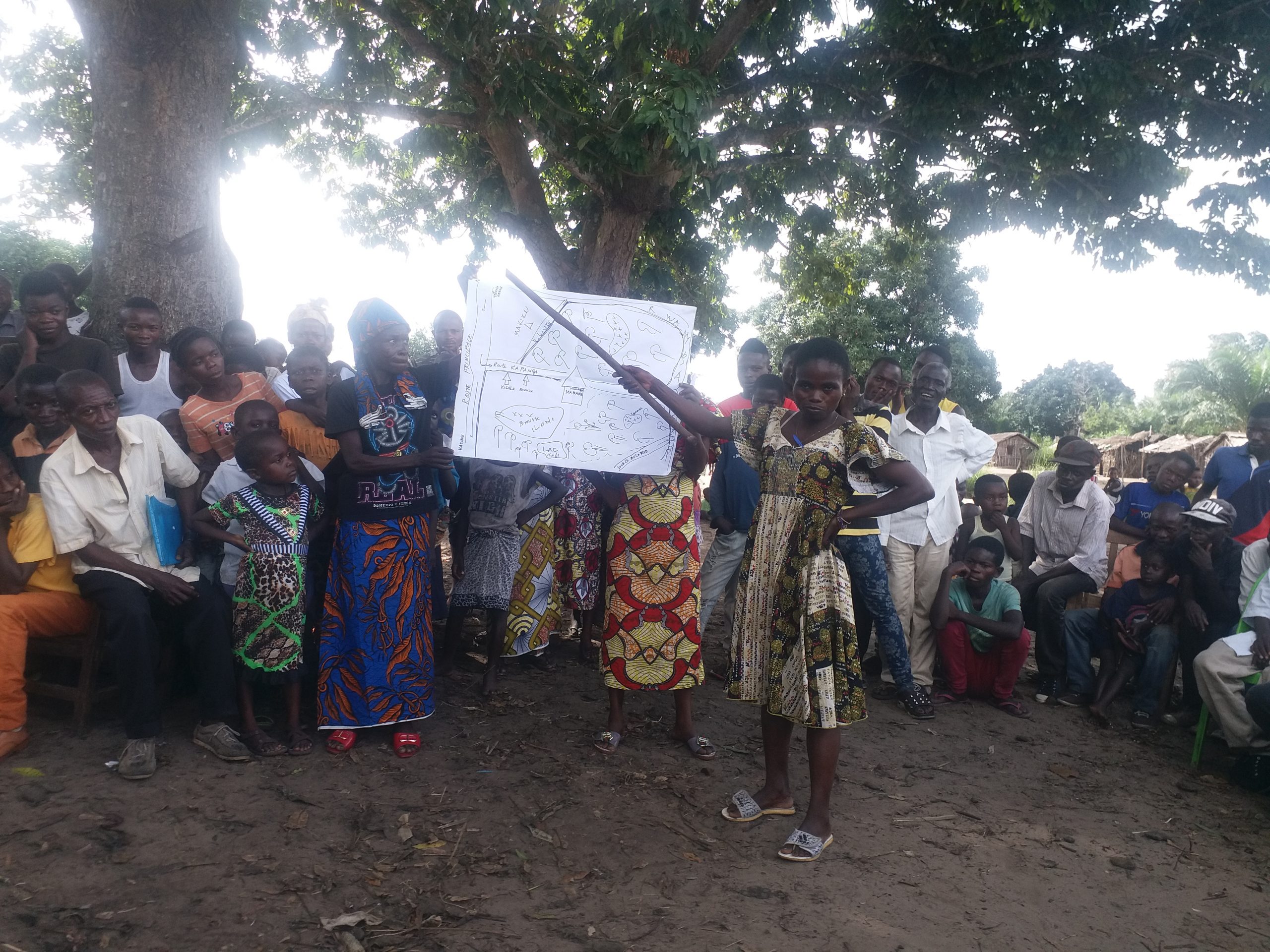 The project will be implemented in 6 provinces of the DRC (including the capital, Kinshasa) and will work directly with 10 communities in 5 provinces. 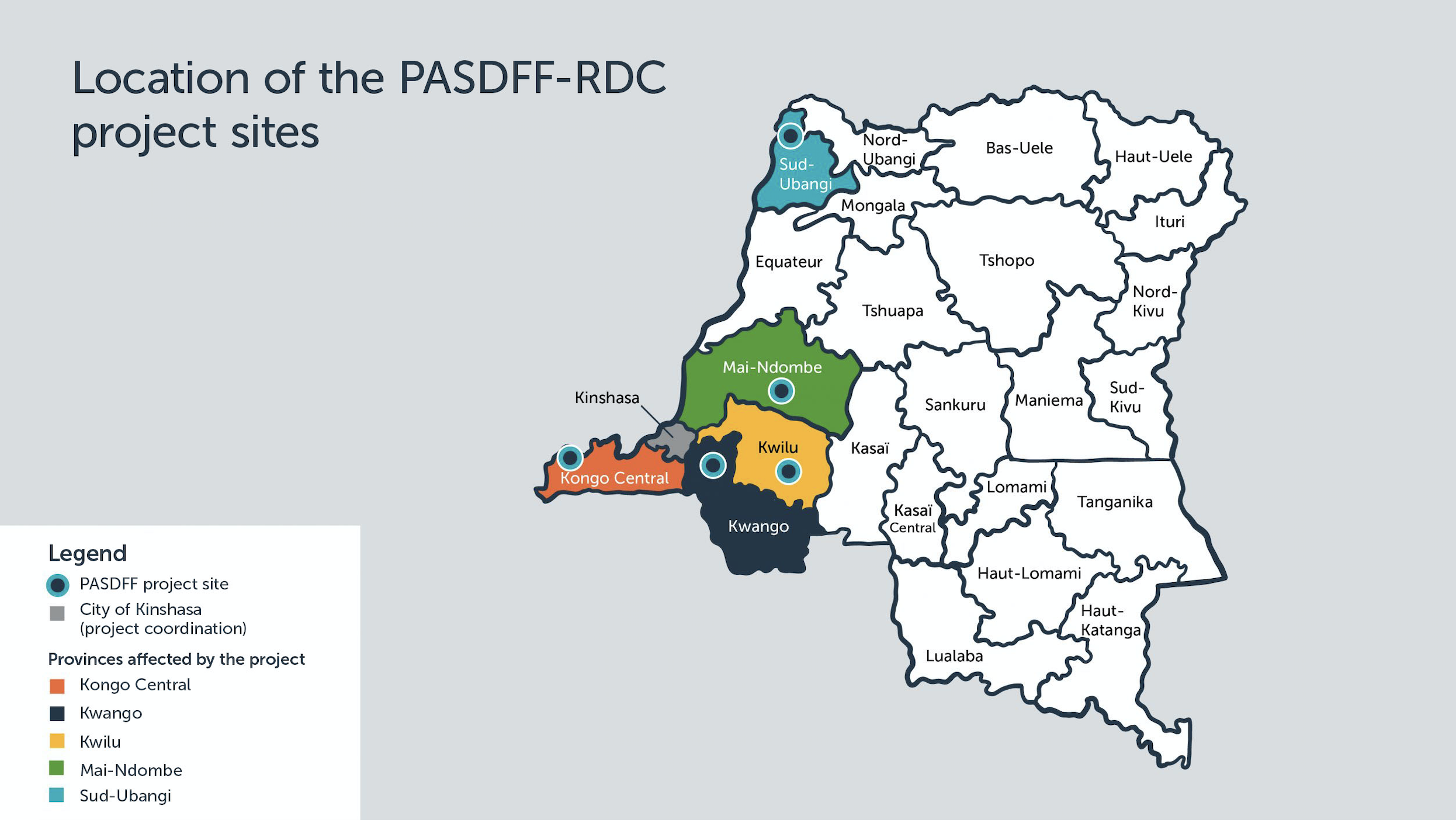 The overall goal of the project is to contribute to securing land and forest rights, reduce poverty and to promote sustainable forest management for Indigenous Peoples and local communities in the DRC.

The specific objectives of this project are: 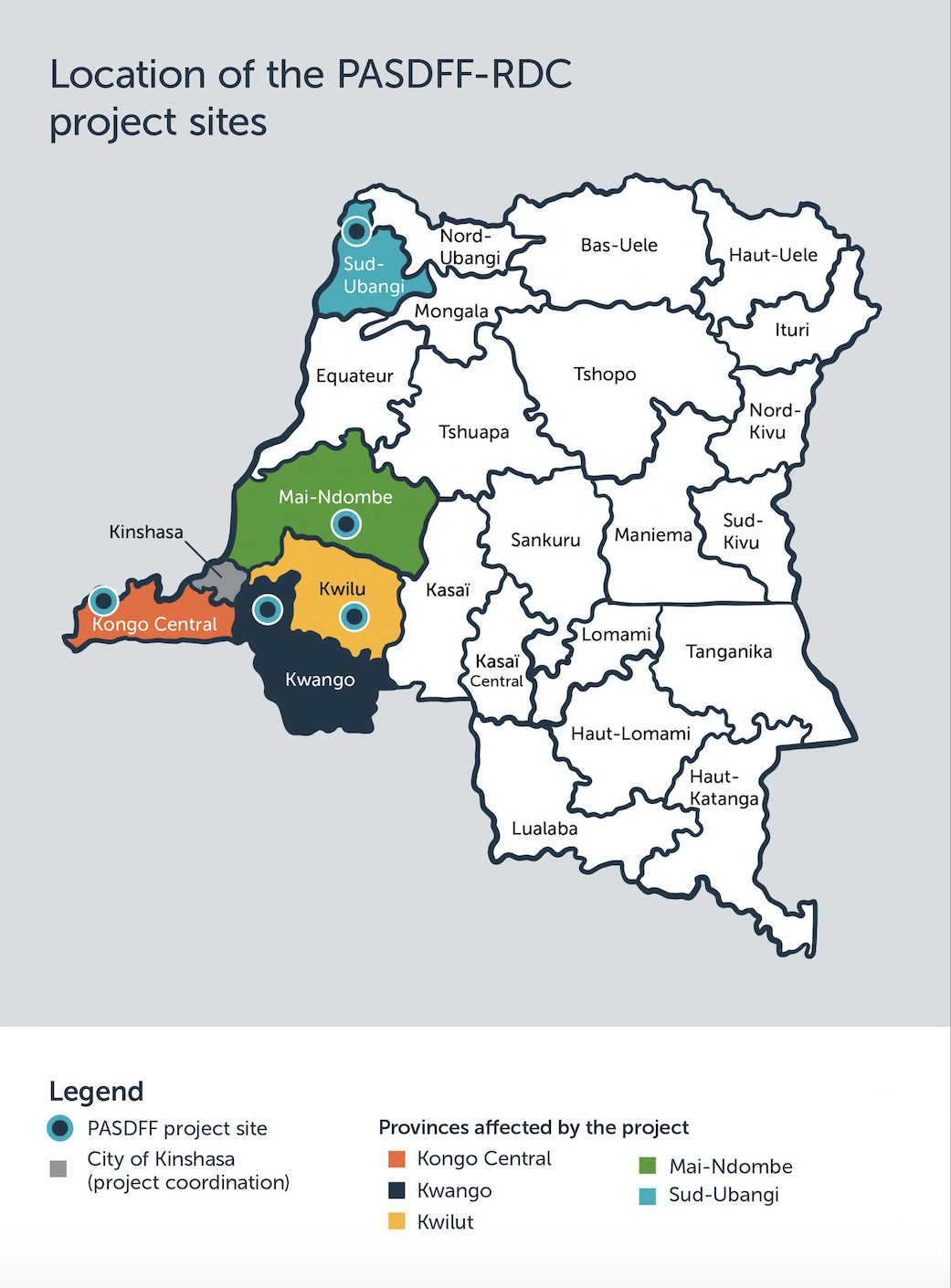 The project expects that communities, whose lives depend on forests, will be in a position to make decisions that take environmental sustainability into account. The project will further ensure that Indigenous Peoples have a greater voice in decision making, as well as reinforcing women’s voices in these processes. During consultations for designing this project, women showed a significant awareness of the threats to the forest, and this important knowledge will be incorporated into the project itself. Partners will prioritise environmental sustainability in their work with communities on effective management of their CFCLs.