Our Team Board of Directors

About the Tenure Facility Our Team Board of Directors

The Tenure Facility is governed by a Board of Directors composed of leading individuals from Indigenous Peoples, community organisations, civil society, international development and the financial sector.  The Board is the foundation’s highest decision-making body and guides strategy, policies and budgets. 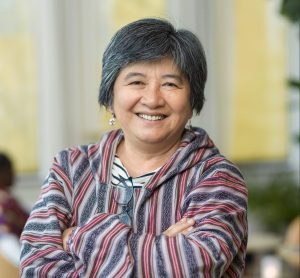 Joan Carling is an indigenous activist from the Cordillera, Philippines. She has been working on indigenous issues at the grassroots to international levels for more than 20 years. Her field of expertise includes human rights, sustainable development, environment, and climate change, as well as on the principles and application of Free Prior and Informed Consent (FPIC). She was the Secretary General of the Asia Indigenous Peoples Pact (AIPP) – a coalition of 50 indigenous organizations across Asia, from 2008 to 2016. Ms. Carling was appointed by the UN ECOSOC as an expert- member of the UN Permanent Forum on Indigenous Issues (UNPFii) for 2014-16. She is currently the co-convenor of the Indigenous Peoples’ Major Group (IPMG) for Sustainable Development and works directly with indigenous organizations and networks across the globe. 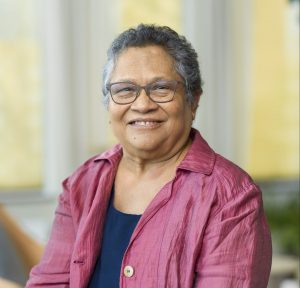 Dr. Myrna Cunningham is a leading indigenous authority on women’s rights. She serves as the Chair of the guiding committee of the Pawanka Fund, an indigenous-led grant making effort supporting Indigenous Peoples initiatives engaged in promoting and protecting traditional knowledge, well-being, rights and self-determined development. Dr. Cunningham served as Chair of the Permanent UN Forum on Indigenous Issues until 2012. In 2014, she was appointed as Special Ambassador for FAO, and she served as Adviser to the President of the UN General Assembly for the World Conference of Indigenous People. 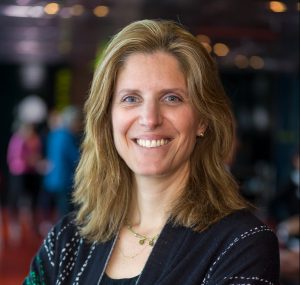 Eleni Kyrou is a development practitioner with a background in social development and urban development policy and planning, with 20 years of working experience across most of the global South. She currently serves as Senior Social Development Specialist for the European Investment Bank. Eleni has worked for civil society organisations, research institutions and multilateral/international agencies in the context of urban development and urban governance; access to housing for low income population groups at scale; participatory resettlement and relocation of informal settlers; relief aid and post-conflict reconstruction and rehabilitation. She holds a particular interest and associated experience in promoting socially just development; rights-based approaches to development; collaborative/participatory planning; and, gender in development. She is multilingual – with proficiency in English, Greek, Spanish, French, German, and Portuguese. 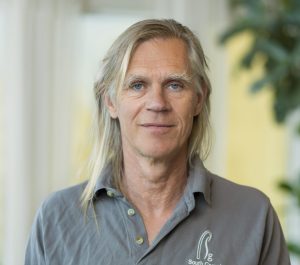 Carl is an independent economic advisor. He grew up outside Gothenburg and studied Forestry and Business at university. Later on, he moved to Stockholm and started on what was intended to be a short period at KPMG and stayed for over 30 years ending as chairman. He has an MBA from Warwick University and a bachelor’s degree in geosciences, and an on-going master’s studies in Hydrology as well as Climate Change at Stockholm University. After leaving KPMG in 2013 he directed his efforts into trying to pay back to a world, which involves everything from global issues (climate change, children's rights, etc.) to individual projects (a school in Tanzania, mentorship etc.) 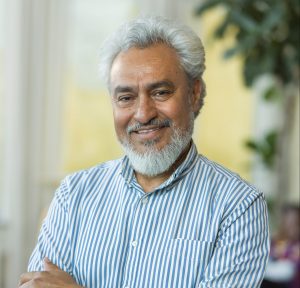 Juan Martinez, Social Practice Leader (SPL) at the Environmental and Social Solutions Unit (ESG) at the Inter-American Development Bank (IADB) where he is leading the Social Sustainability Standards such as indigenous peoples, stakeholders engagement among others for projects and programs that the IADB finances. Prior to his role as Social Practice Leader (SPL), Juan worked at the World Bank for more than twenty years in multiple regions of the world as a Senior Social Development Specialist these included East Asia and the Pacific; Southeast Asia, Africa (Zimbabwe), Latin America and the Caribbean. During his career he carried out multiple field assignments working close to clients in Indonesia, Central America, and Mexico. In this role he was responsible for leading the practical implementation of social inclusion schemes by identifying ways to ensure the full participation of indigenous peoples and local communities in the development processes. Juan has led multiple land and community forestry projects, also worked in multiple other sectors around the world that promote the participation of indigenous peoples and local communities by addressing the fundamental rights to their territories, forests and natural resources. 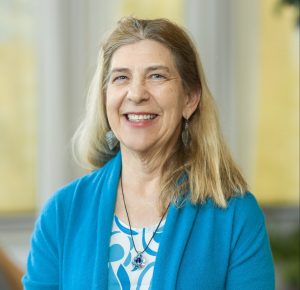 Dr. Augusta Molnar is a cultural anthropologist who has focused her career on forest and mountain communities, their tenure and rights, resources, and livelihoods. She is retired from the World Bank since 2006, having served as a project manager for land, forest, agriculture, and indigenous peoples grants and loans in Mexico and Central America and as a social specialist on forestry projects in South and Southeast Asia. She is a co-founder of the Rights and Resources Initiative, retired as Sr. Director of Country and Regional Programs since 2014. Dr. Molnar currently serves as the chair on the board of The Mountain Institute and is based in Colorado. 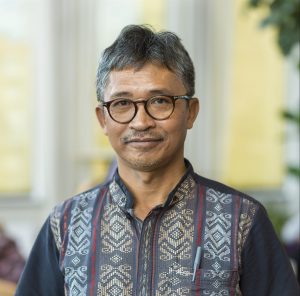 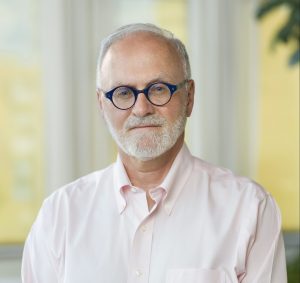 Don Roberts is CEO of Nawitka Capital Advisors Ltd, a firm which provides advice on strategic direction and raising capital for companies in the Renewable Energy, Clean Technology & Forest Products Industries. Prior to starting Nawitka in 2013, Mr. Roberts was a Vice-Chair of Wholesale Banking, and Managing Director in Investment Banking with CIBC World Markets Inc. In addition to his work with Nawitka Ltd., Mr. Roberts is an Adjunct Professor in the Department of Forest Resource Management at the University of British Columbia (Vancouver), and he serves in an advisory capacity for a range of government, industry, and NGO groups. 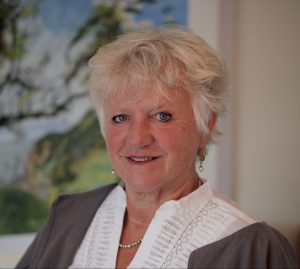 Dr Mary Hobley is a development practitioner. She has worked for over 35 years in forestry, governance and institutional reform in South and Southeast Asia, Africa and Europe. Over her career she has focused on a range of issues affecting rural livelihoods including forest rights, gender relations, land tenure, migration, local governance and political engagement. She has been closely involved with the development of community forestry both in Nepal and globally, including writing and editing several books. Building on her long engagement in Nepal and internationally, she works as an independent adviser to multilateral, bilateral and non-government organisations focusing her work on the multiple drivers of change including migration and political and institutional processes. She holds a PhD from the Australian National University and worked at the Overseas Development Institute in London as a policy researcher. She is a trustee on the boards of Proforest Initiative and the Commonwealth Forestry Association and has authored and co-authored numerous publications. 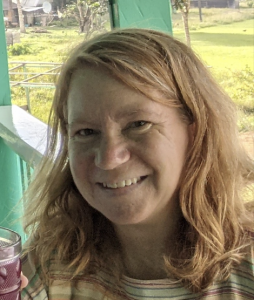 Christine Halvorson is the Program Director of Rainforest Foundation US. She oversees the organization's program portfolio working closely with partners in the Amazon and Central America and brings extensive expertise in institutional strengthening, land management planning and titling, policy and campaigning. Prior to joining RFUS in 1999, she was a director of Amanaka’a Amazon Network. She has worked on issues connecting the environment and social justice for nearly thirty years, both in the Amazon as well as locally in New York City where she serves on the board of ABC No Rio, a cultural center in the Lower East Side. She holds a Master’s in Anthropology from The New School for Social Research. She is fluent in Portuguese, Spanish and rusty French. 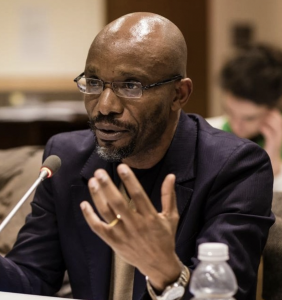 Dr. Albert K. Barume is a human rights lawyer, lecturer and researcher with over 25 years of experience at national, regional and international levels, working on indigenous peoples’ rights, natural resources issues and conflicts in Africa. Dr. Barume is a former Chairperson of the Expert Mechanism on the Rights of Indigenous Peoples (EMRIP), a subsidiary organ of the United Nations’ Human Rights Council (HRC); he worked as a Senior Specialist on Indigenous Peoples for the International Labour Organisation (ILO) in Geneva; he served as Expert on indigenous peoples for the African Commission on Human and Peoples’ Rights (ACHPR) for over eight years; and he is currently an Expert on Mali for the United Nations Security Council. Dr. Barume holds a PhD in law from the University of Essex in the United Kingdom and a Master in Environmental Management (MEM) from the University of Yale in the USA.