Belize is a significant country in the fight for the rights of Indigenous Peoples in the Caribbean region and Central America. It is notable for its 61% forest cover, of which 43 per cent is special primary growth forest, high in biodiversity. The International Union for Conservation of Nature classes more than a quarter of Belize as protected under categories I-V.

Belize is roughly two-thirds forested, of which almost 45% is primary growth forest: pristine and especially biodiverse. The country’s forests are an important component of the national economy, with mahogany, pine, rosewood and cedar contributing to the international timber trade. However nobody depends on the forests more than the indigenous Maya peoples who live among them.

The Q’eqchi’, Yucatec and Mopan comprise 12% of Belize’s population and are descended from the ancient Maya peoples whose civilisation spanned much of Central America for almost two millennia.

Toledo, the southern district of Belize, is home to the Q’eqchi’ and Mopan Maya, who make up more than half of the local populace. Large tracts of forest lands here include the Sarstoon-Temash National Park and the undisturbed tropical rainforest of the Columbia River Forest Reserve, safeguarded by the country’s National Protected Areas System.

Much of Toledo’s indigenous population spent years in exile escaping colonial oppression. The return to their homelands has been threatened by insecure land tenure, along with a long saga of extractive exploitation: logging, oil prospecting, unsustainable development and private land sales, being prime examples.

In recent years, they have enjoyed significant successes in their struggle for strengthened land rights. Among them, legal victories against oil exploration within customary Maya territories (which were also designated as a national park), as well as a ground-breaking case against the Belizean government, launched in 2007, demanding better recognition and protection of land rights. The case was victorious in the supreme court and upheld in 2015 by the Caribbean Court of Justice: the judges recognised traditional Mayan land rights as equal to western property ownership. The following year, the government established a commission to facilitate implementation of the ruling.

To read a brief overview of Belize, click here.

For a timeline of land and forest rights in Belize, click here. 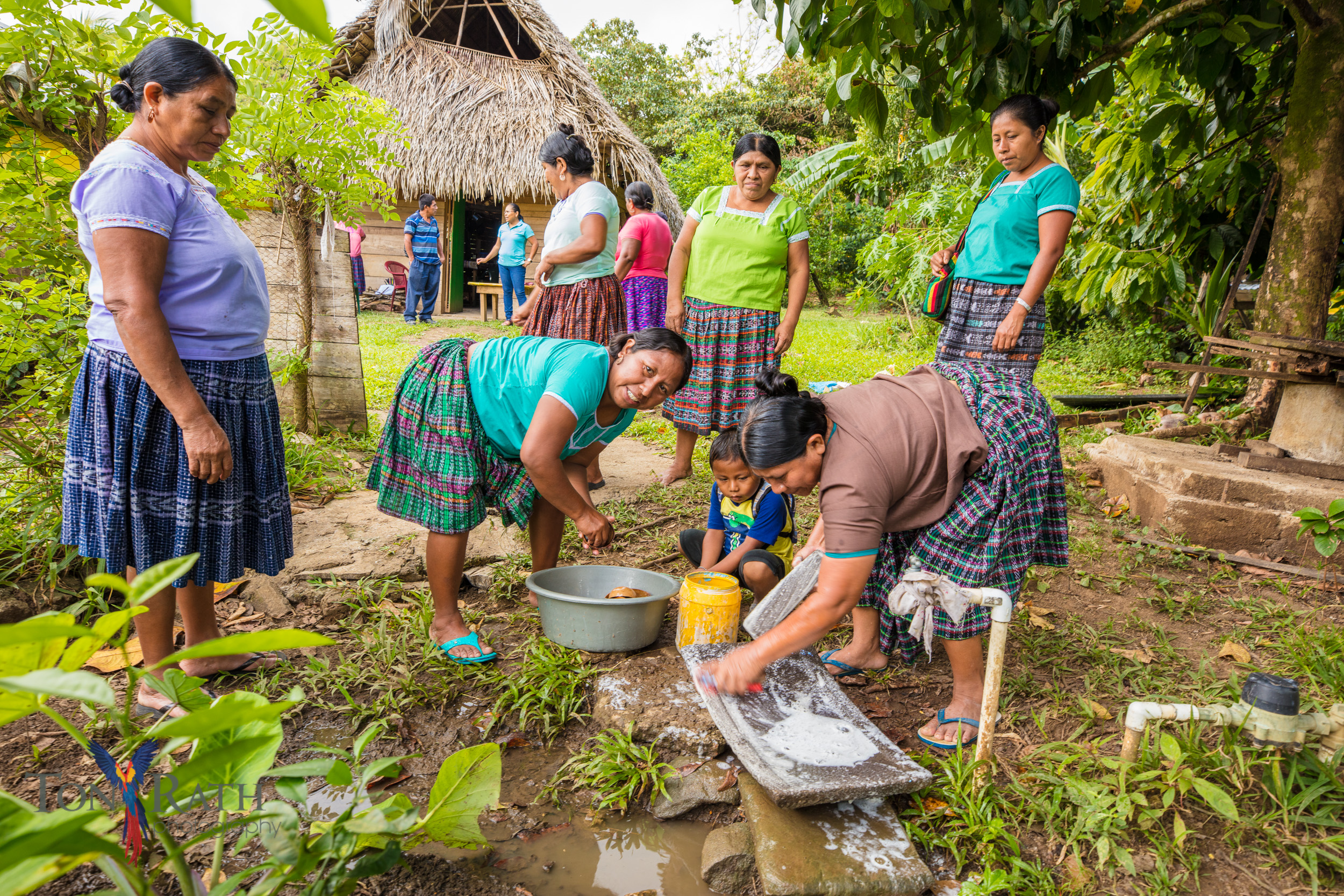 The ‘Securing and Protecting Tenure Rights of the Maya People of Southern Belize’ project is designed to assist the Maya people and the Government of Belize (GoB) to implement joint actions to implement the 2015 Consent Order of the Caribbean Court of Justice (CCJ).

The project will be implemented by Julian Cho Society (JCS) in collaboration with Maya Leaders Alliance (MLA) and Toledo Alcaldes Association (TAA), the organisations that led the most recent legal cases before the CCJ. It seeks to secure and define land rights and legal structures for the 41 Maya communities in high-biodiversity forest in the Mesoamerican Biological Corridor. 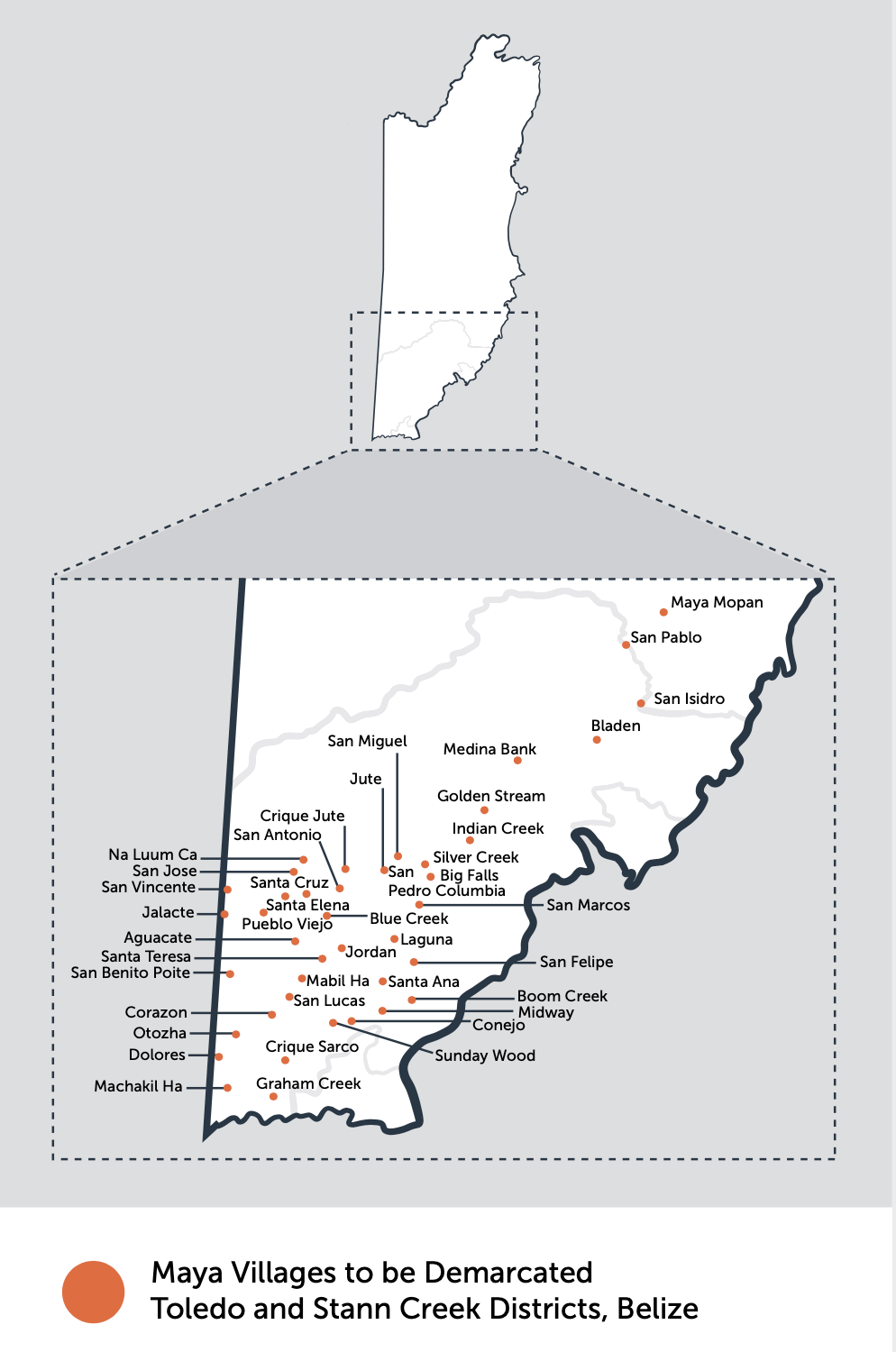 The overall goal is to secure, guarantee, and enhance land tenure and associated rights for the Q’eqchi’ and Mopan of southern Belize in accordance with the CCJ Consent Order agreed between the GoB and the Maya people. These include the following:

Success in meeting the project objectives will be measured according to the following criteria: 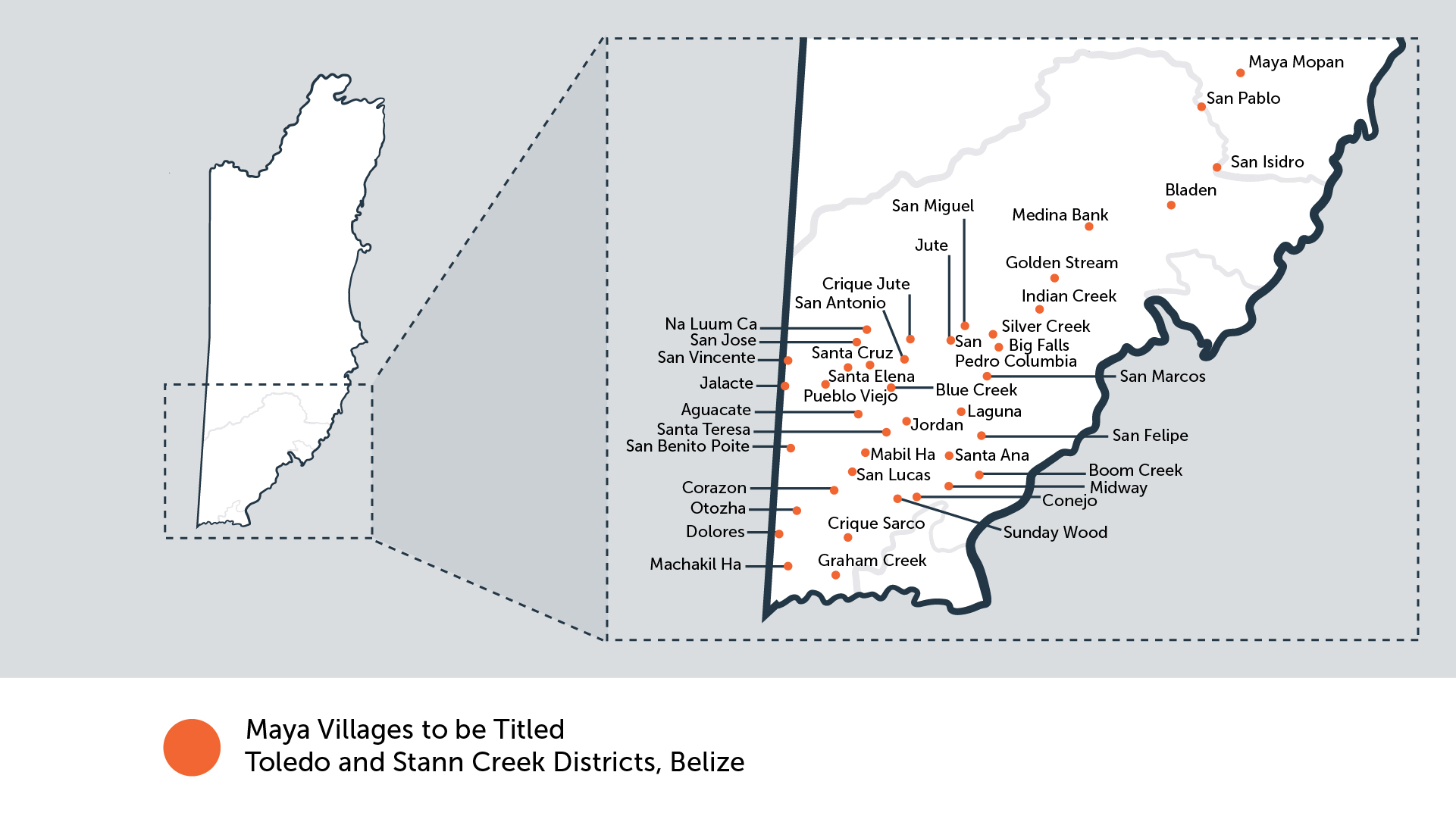 The project will directly benefit the 41 indigenous Maya communities in Southern Belize, comprising approximately 21,000 people, and there will also be indirect benefits to the Toledo district as a whole and 2 other Maya communities in Belize. It will strengthen the traditional governance system of the Q’eqchi’ and Mopan, helping them adapt to a constantly changing natural and economic environment, maintaining the strength of rural communities. The project will help foster a future for “peaceful, hardworking and self-determining people, rooted in (their) culture, and open to the world and new technologies, living in community and collectively stewarding the wellbeing of (their) people and lands.”

As regulatory rollback threatens a post-COVID green recovery, indigenous voices must be heard