Learning from both our successes and challenges – as well as sharing that knowledge – are at the heart of the Tenure Facility’s work. The importance of creating spaces for this to happen cannot be overstated when dealing with complex subjects like land tenure, as it promotes the blossoming of new ideas, problem solving, and better ways of getting things done.

In October, project leaders from Africa, Asia, and Latin America met in Bogota, Colombia, for the sixth Tenure Facility Learning Exchange event. It brought together more than 100 participants from over 19 countries, including at least 15 representatives from 12 participating governments, in addition to project members – representing 14 projects in 13 countries – donors, academics and others. It was co-hosted by the Javeriana University, the office of the Attorney General of the Government of Colombia, the Rights and Resources Initiative (RRI), and the Tenure Facility.

Highlights from the event included a chance for different projects to share their achievements, in everything from numbers of people reached, hectares of land where tenure has been titled or strengthened, to the launching of a sustainable tourism initiative and even the development of an app to help smooth titling and registration of communal lands. 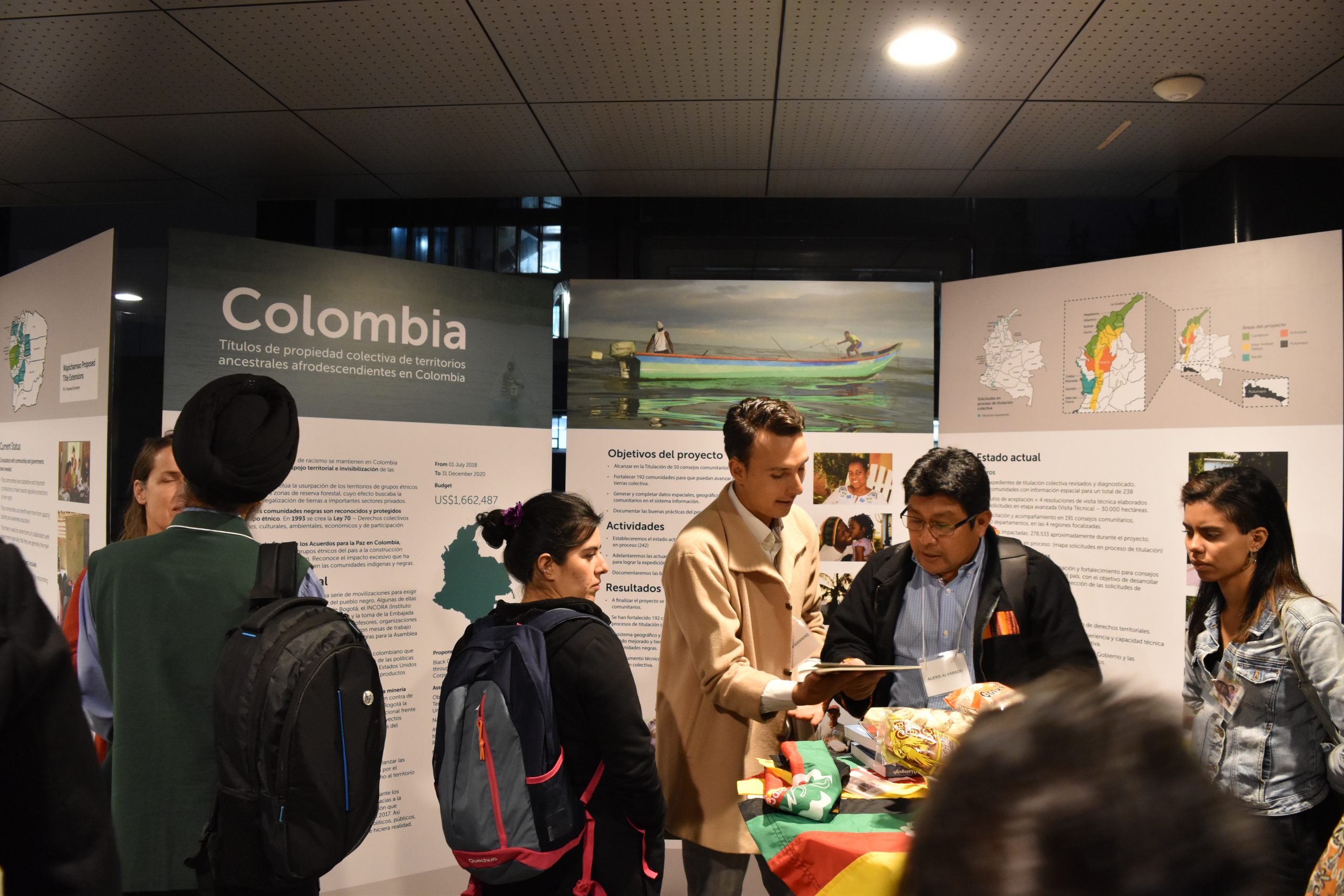 In Colombia, the project has impacted more than a quarter of a million people since its launch in August 2018, while in Panama, there were impressive advancements in relation to rights of indigenous peoples living in protected natural areas. Furthermore, land titling processes have been launched for Panamanian territory covering nearly 200,000 hectares – this in a country with a total area of just 7.7 million hectares.

In Peru, our partners have strengthened the legal security of 2,400,000 hectares of indigenous territories at the national level and have accomplished the titling of nearly 650,000 hectares for native communities in Loreto and Madre de Dios.

Our partners from Indonesia shared some powerful lessons learned and progress: these included the establishment of an eco-tourism initiative in Lebak District, which offers a glimpse of the brighter future local communities can expect with more secure tenure, and with the right support.

The India project had a wealth of information to share on the successes and challenges they’ve faced in the roll-out of a tool – which includes a highly innovative mobile telephone app – that they have developed to simplify and support titling and registration. It is hoped this could help hugely with the current challenges that the government’s administration has been facing in relation to handling titling processes. 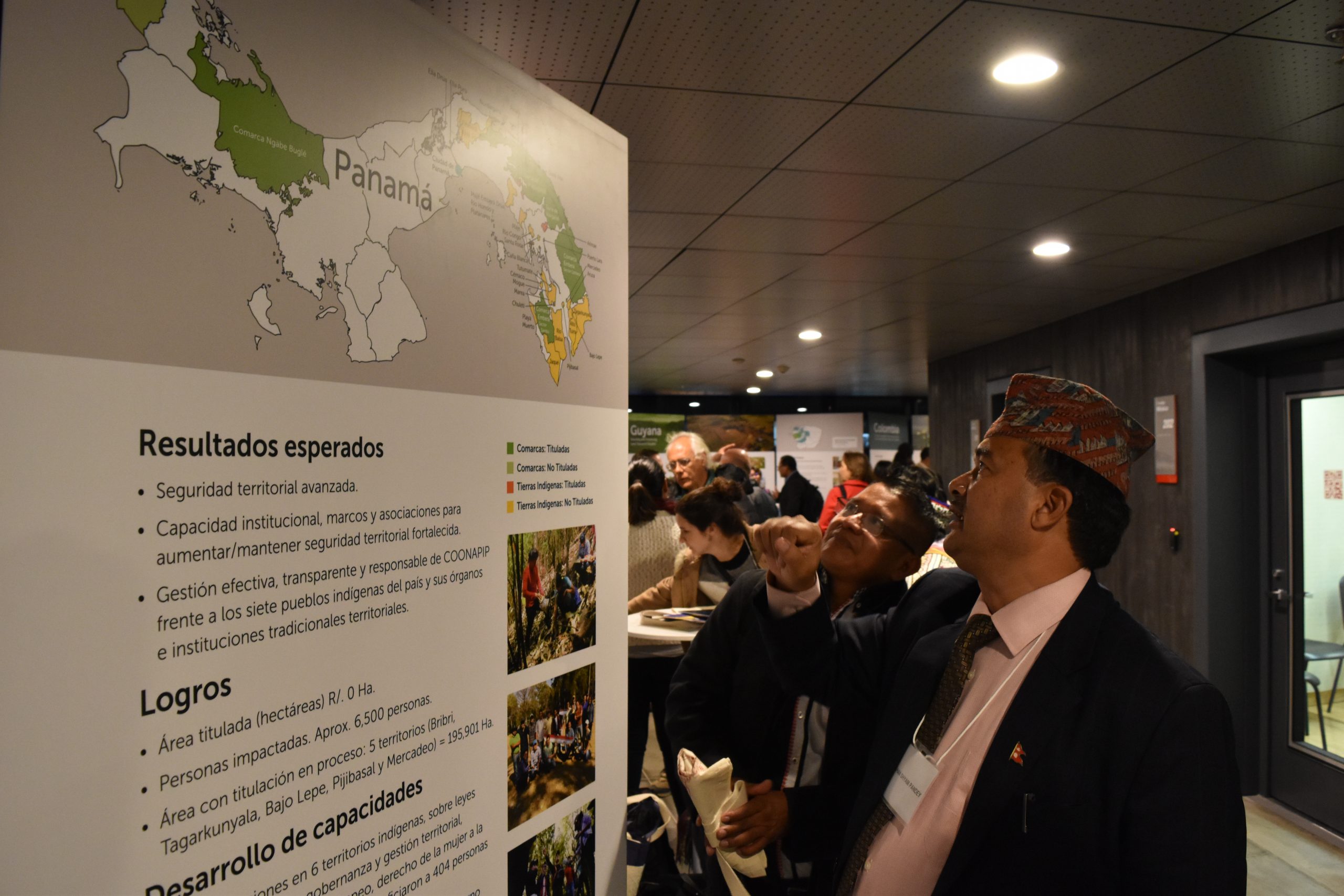 In Liberia, work is underway in 24 communities to title half a million hectares collectively, with an estimated 100,000 people benefiting from the project. Our partners in Mali meanwhile focused on their successful efforts to raise awareness of rights amongst local communities, helping them challenge for and claim their territories, as well as respecting the rights of others.

Newer projects in Guyana and Mozambique were able to start learning vital lessons from their colleagues, as well as laying out exciting visions for their own initiatives.

Overall this learning exchange experience resulted in a highly fruitful event where all the Tenure Facility’s partners could learn from each other and grow. Honest and open dialogue on what we have done well and what we can do better is central to our commitment to constantly improve, and we look forward to more meetings and learning opportunities in the near future. For more information on the impacts and results of our projects read here.