The National Coordinating Body of Indigenous Peoples in Panama (COONAPIP) are continuing their work in this second project phase contributing directly to the protection and planning of Comarcas and collective lands in Panama. The aim is to consolidate tenure through ensuring the land and forests located in Indigenous territories continue to be protected, providing cultural, social, and environmental services to the Indigenous Peoples and to the country.

This project builds up on the results of the Phase 1 project, which achieved unity of Panama’s Indigenous peoples and the creation of Naso Tjër Di Comarca, where a total of 160,000 hectares were legally protected in favour of the Naso people, making it possible to grant approval to requests for collective titles in protected areas.

The consolidation of existing tenure through working within territories where legal security has been achieved is the overarching concept of this second phase. Through continuing capacity building of these communities and their leaders, it will continue to promote the collective land applications that have already advanced through the demarcation stage. It also benefits the country of Panama as a whole, due to valuable biological and cultural diversity in these regions.

This second phase will make advances with six applications in the land titling process, with 1,724 Indigenous communities benefiting. Twelve territorial plans will be prepared, one by Indigenous territory of which six territorial plans will be implemented. Ten percent (15,400 ha) of illegally invaded and occupied lands will be recovered. This sets a legal precedent not only at the national level but also at the regional level, where the overlapping territories-protected areas were a reason for not legally recognizing indigenous lands for years.

"The second phase of the project will contribute directly to the protection and planning of Comarcas and collective lands covering a total of 1,813,000 hectares of land, of which 1,639,000 hectares of forests" 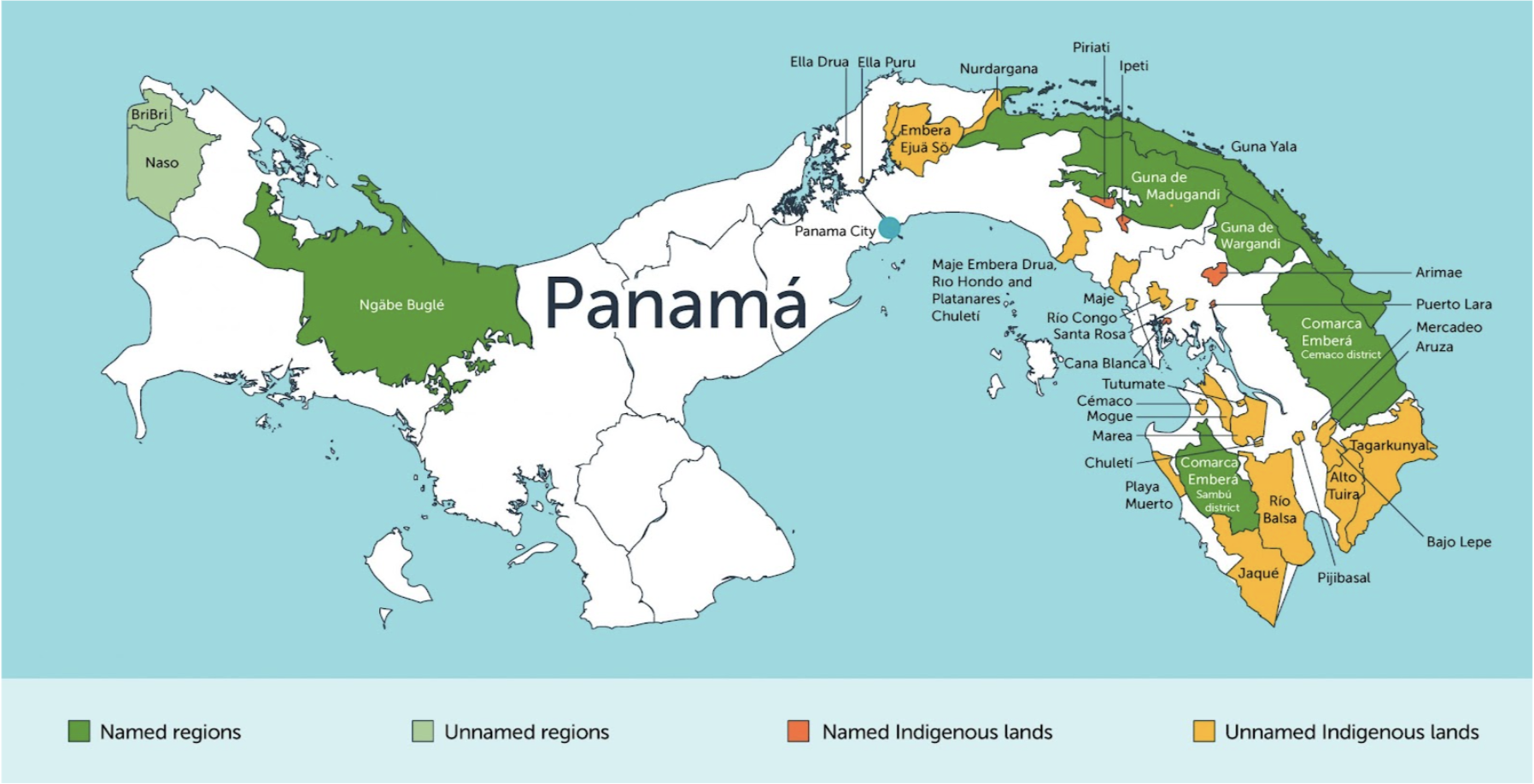 This project will reinforce the tenure of the Conmarcas. Thus, scaling up implementation of land and forest law and policy in Panama, by (1) strengthening the tenure of Indigenous territories in protected areas, (2) supporting and advancing the formal titling of collective rights that are still pending and (3) implementing a suite of activities that will improve land administration to protect territories´ tenure against invasions and other challenges into the future.

After decades of struggle, Supreme Court's decision is a significant victory for Indigenous Peoples

New resolution designed to end decades of land-tenure demand disputes by Indigenous Peoples, leading way for land titling of 25 territories
Your subscription could not be saved. Please try again.
Your subscription has been successful.