Panama’s legal framework for protecting the land rights of Indigenous peoples is one of the world’s most progressive, particularly with regards to indigenous ‘comarcas’, administrative regions with a degree of autonomy. Indigenous Peoples’ rights to land are enshrined in Panama’s constitution. Despite this, 27 indigenous communities have not yet managed to successfully complete the process for securing collective title to their lands. Threats to the land rights of Indigenous Peoples come not from the law, but from increasing competition for access to lands that are claimed by Indigenous Peoples but are not yet titled. Competition for indigenous lands comes from the private sector, the landless poor, and government claims to protected areas.

Who are the Indigenous Peoples of Panama?

There are seven Indigenous Peoples in Panama: Ngäbe, Buglé, Guna, Emberá, Wounaan, Bri bri and Naso Tjërdi. According to the 2010 national census, they together represent 417,559 people or 12% of the Panamanian population. The Afro-descendant population, which is significant in Panama, does not claim its rights as collective subjects.

Panama defines the concept of ‘comarca indigena’ as an... 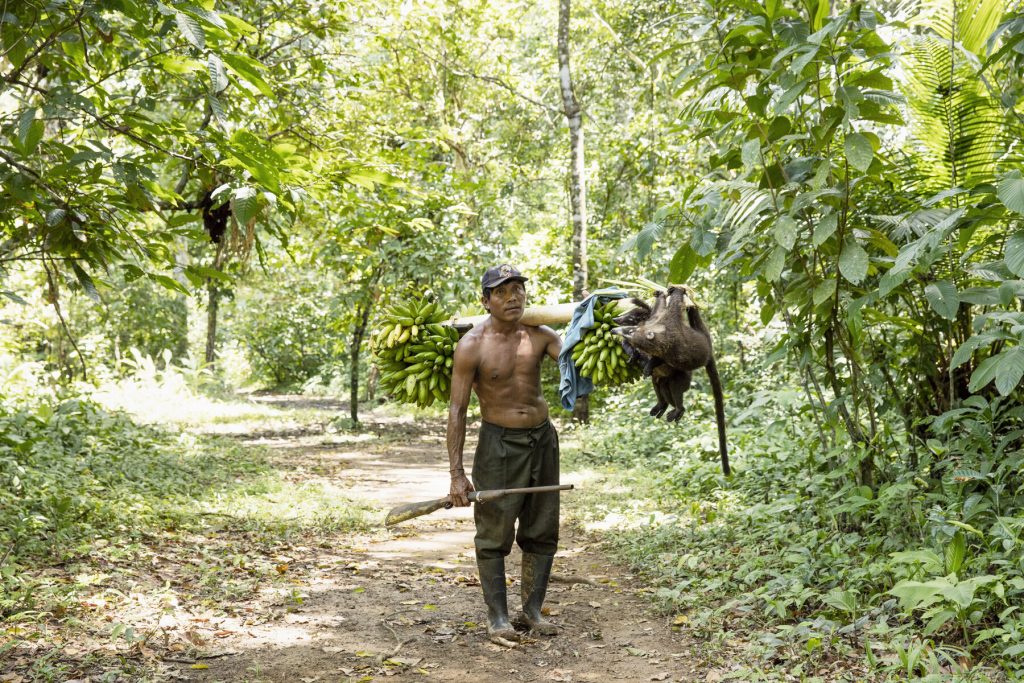 Panama defines the concept of ‘comarca indigena’ as an administrative region with a degree of autonomy. 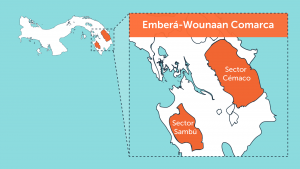 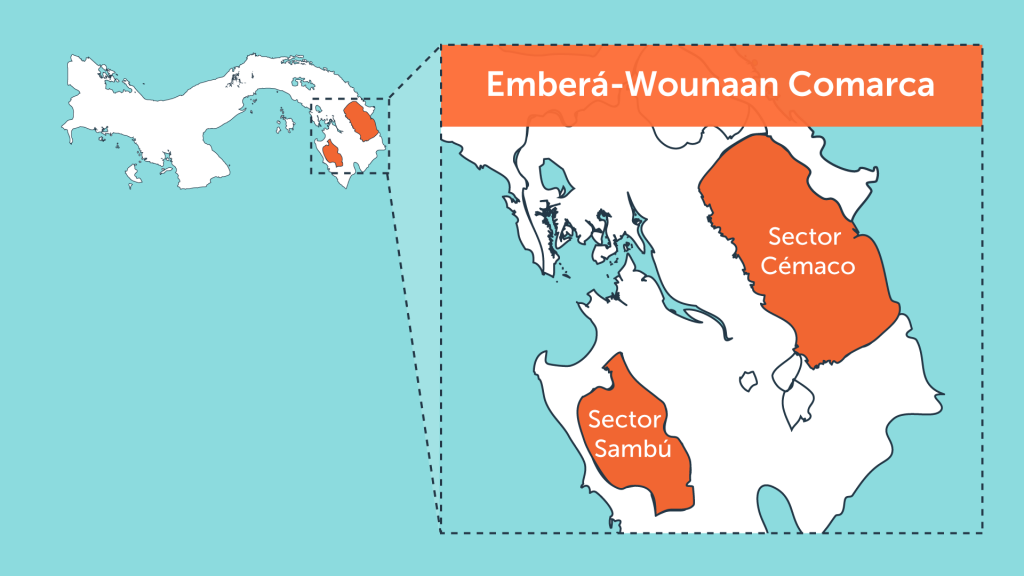 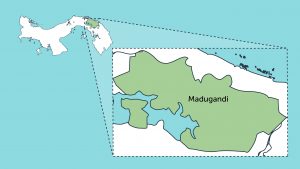 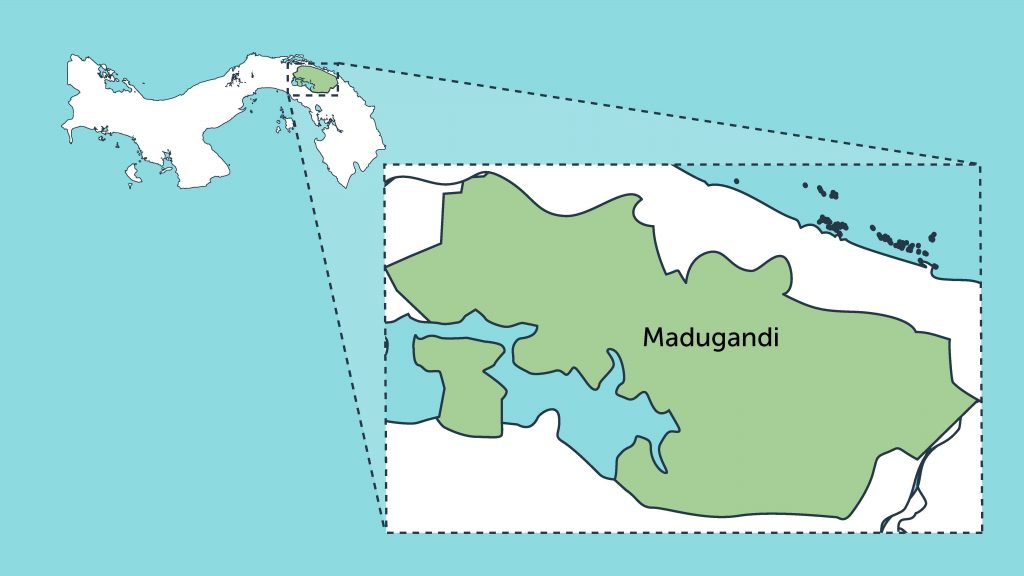 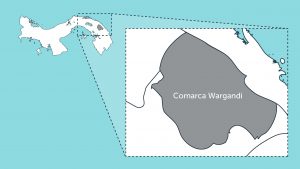 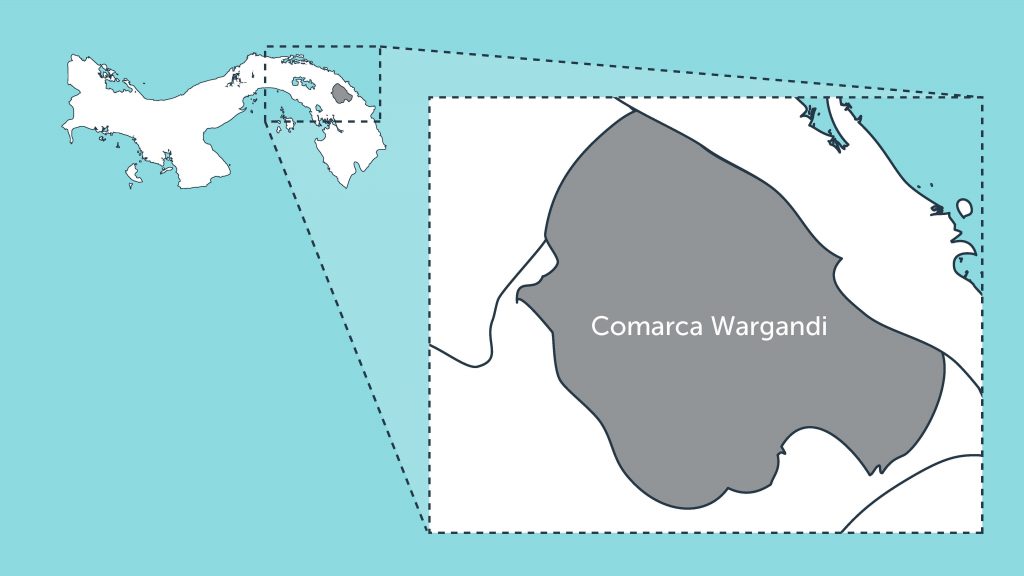 The National Assembly of Panama passes Law Number 72 through which the state “shall recognise the lands traditionally occupied by the Indigenous Peoples, and shall grant to them the title of collective ownership.” The law recognises for the first time the rights of Indigenous Peoples in Panama to their lands outside the comarcas, and establishes a process for Indigenous Peoples to obtain collective title to those lands. This land title is collective, indefinite, non-transferable, irrevocable, and inalienable. Implementation of the titling process remains slow. 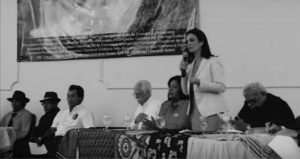 COONAPIP hosts the Presidential Forum for the 2014 election... 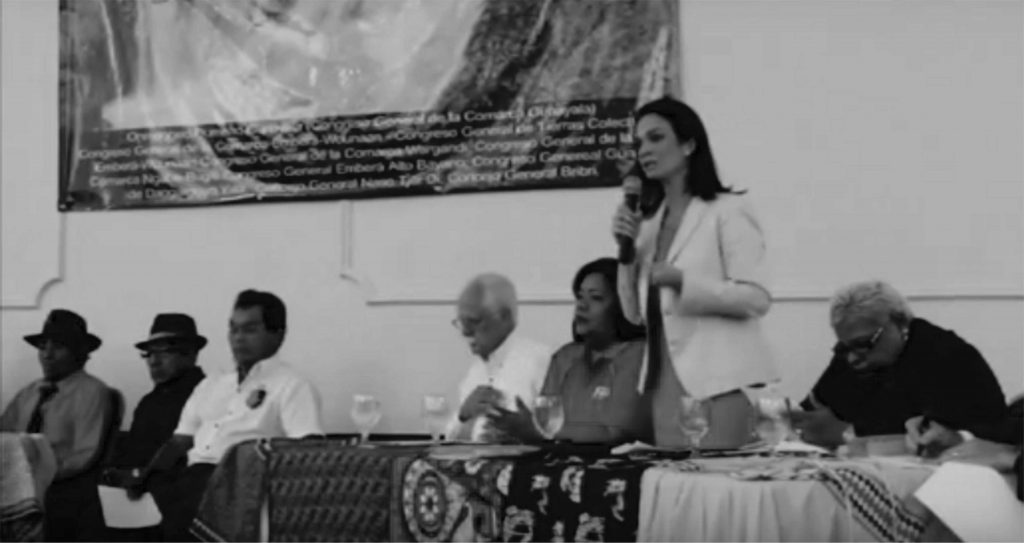 COONAPIP hosts the Presidential Forum for the 2014 election

All participating candidates promise to consult with affected comarcas about investments in indigenous lands in a manner consistent with indigenous communities’ governance structures.

The Inter-American Court of Human Rights makes a landmark decision in the Case of the Kuna Indigenous People of Madungandí and the Emberá Indigenous People of Bayano and their Members versus Panama. The IACHR rules that since the government of Panama recognised the Court in 1990, it has “had a duty to delimit, demarcate and title the lands … which in many cases it has not thus far done.” While the case specifically covers two territories where resettled communities did not receive titles, the ruling sets a precedent for other territories. The ruling includes payment of damages and calls for titling of Ipeti and removal of non-indigenous colonies from Piriati.

‘The rights to use and enjoy their territory would be meaningless in the context of indigenous and tribal communities if said rights were not connected to the natural resources that lie on and within the land. That is, the demand for collective land ownership by members of indigenous and tribal peoples derives from the need to ensure the security and permanence of their control and use of the natural resources, which in turn maintains their very way of life.’

COONAPIP launches the Project to Strengthen the Collective Rights of Land and Territories of the Indigenous People of Panama (PDCT), with support from the Tenure Facility. The project aims to accelerate titling of indigenous lands, resolve tenure conflicts, and develop legal and administrative capacity to protect indigenous land rights.

COONAPIP launches a legal clinic in a ceremony at the Panama National Bar Association. The clinic meets a crucial need for legal support to process and defend Indigenous Peoples’ claims to land and resources. In its first year the clinic defined the ‘roadmap’ for titling in Panama, advanced titling over hundreds of thousands of hectares and increased the understanding of government and traditional authorities about titling processes. 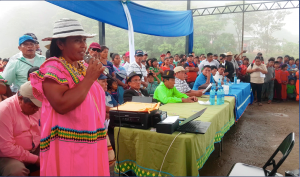 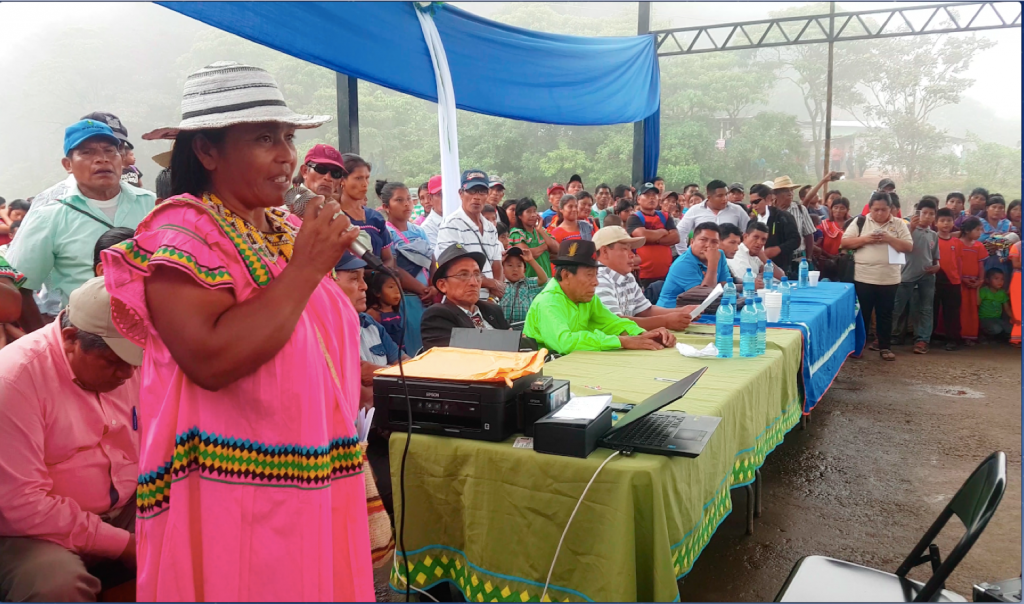 138 people in Tagarkunyala learn about territorial governance, as well as conflict management and resolution. 32 lawyers learn about the importance of the judgment of the IACHR in Bayano, and its significance for the defence of territorial rights. 24 women learn about their rights to land, access to justice and experiences of other women working to defend and govern their territories. 24 technicians and 36 indigenous authorities train in national and international legislation. 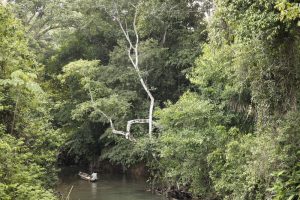 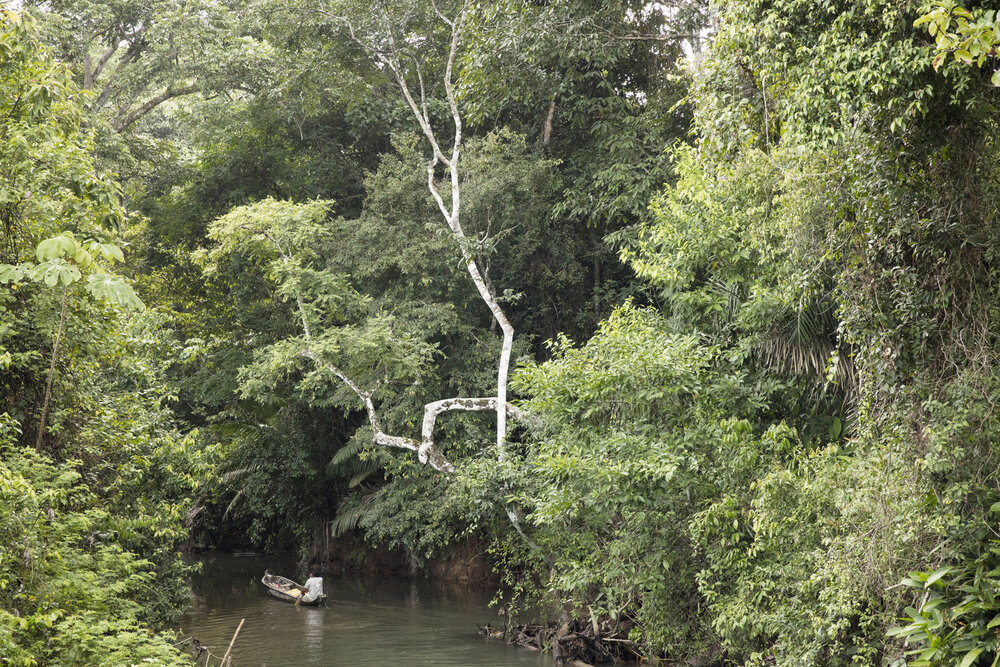 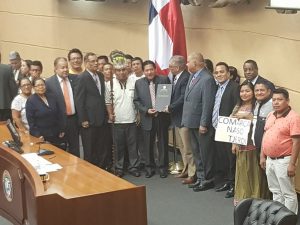 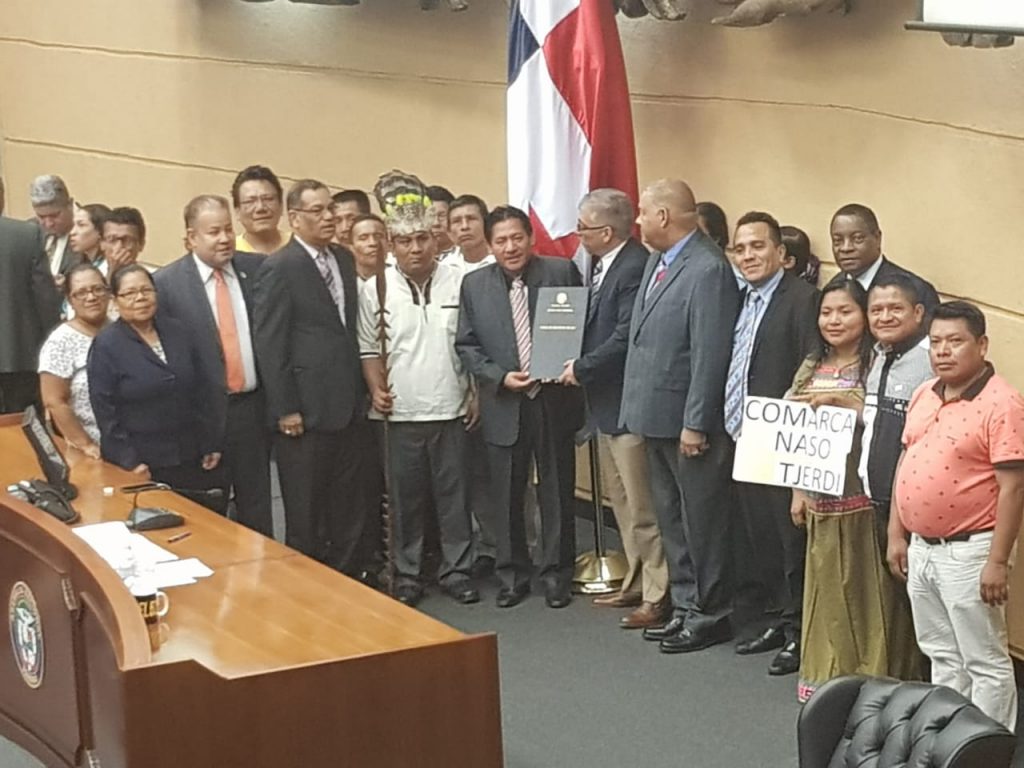 Panama’s Legislative Assembly approved on 25 October 2018 the creation of a new indigenous territory, Comarca Naso Tjër Di, covering 160,616 hectares in the Caribbean province of Bocas del Toro. The Assembly’s decision to pass Bill 656 came after decades of struggle by the Naso for recognition of their ancestral lands.  The President’s signature is still required for ratification.

The National Coordinating Body of Indigenous People (COONAPIP), with funding from the Tenure Facility, provided some technical and financial assistance to the Naso in their efforts to secure title to their lands.

“We congratulate all our Naso brothers and we celebrate with great joy this advance that only requires the signature of the President of Panama to become law of the Republic,” said COONAP President Marcelo Guerra. “This achievement is not only one of COONAPIP, but of all indigenous peoples. At last we have justice.”

Breakthrough resolution from Panama’s Ministry of...

In November a breakthrough resolution from Panama’s Ministry of Environment recognised the legitimacy of indigenous land rights and opened the way for the land titling of 25 territories. These include the lands of the Naso people in La Amistad International Park (PILA) and the Guna of Tagargunyal, who live mainly in Darien National Park (PND). The new ruling refers to international law over national law, and regards indigenous land claims as equal in legitimacy to Western forms of property ownership. 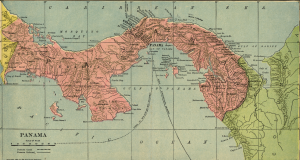 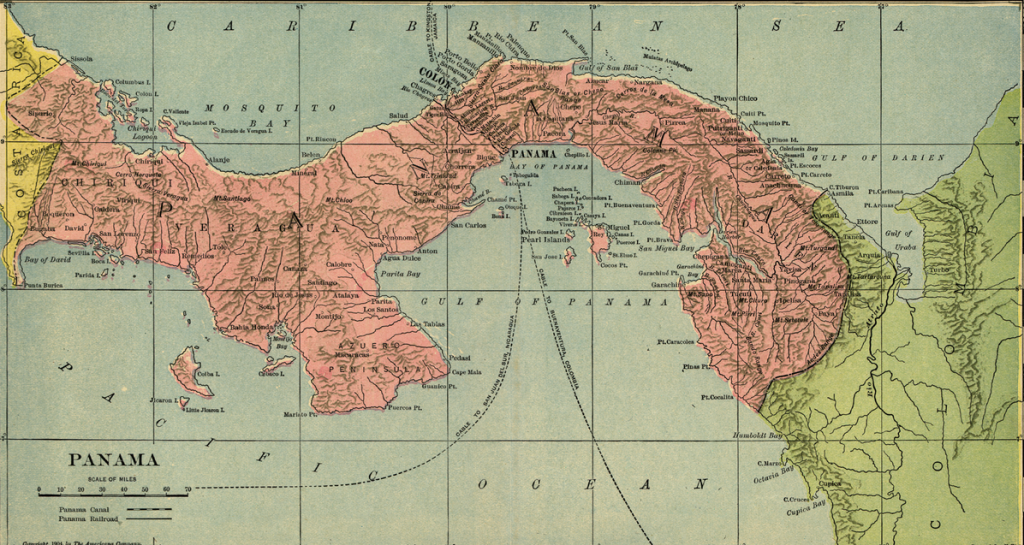 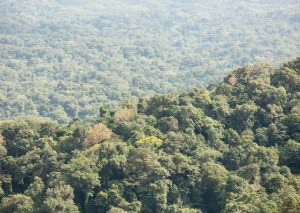 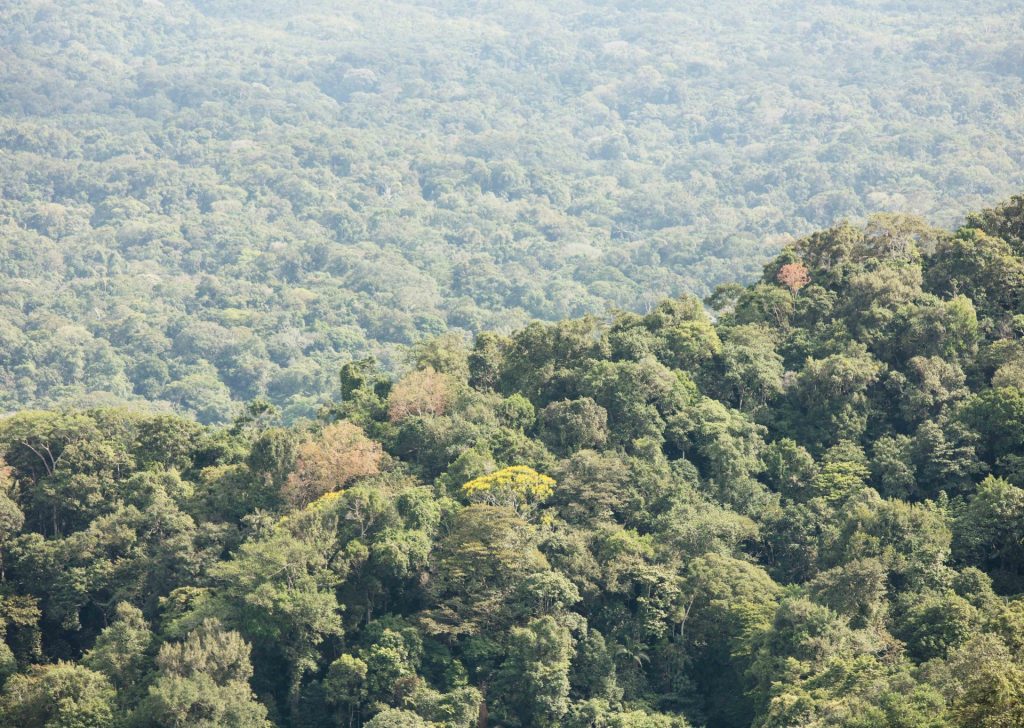 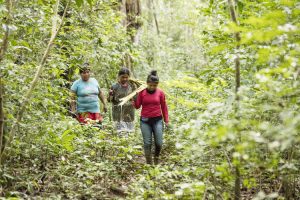 Panama passes the ‘Carta Orgánica’ This law defines the... 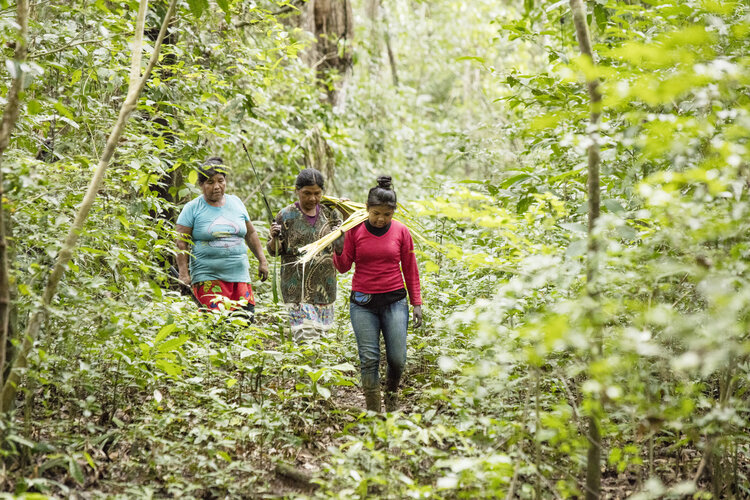 This law defines the rights of an indigenous territory to self govern within the nation state. Territories are called “comarcas.” They administer justice, conflict resolution, land use and bilingual education according to their own cultures.

Leaders of seven indigenous organizations establish the first national Indigenous People’s organisation in Panama. Each member has its own culture and system of governance. Together, their territories encompass most of Panama’s forests, biodiversity and water bodies. 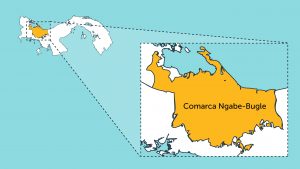 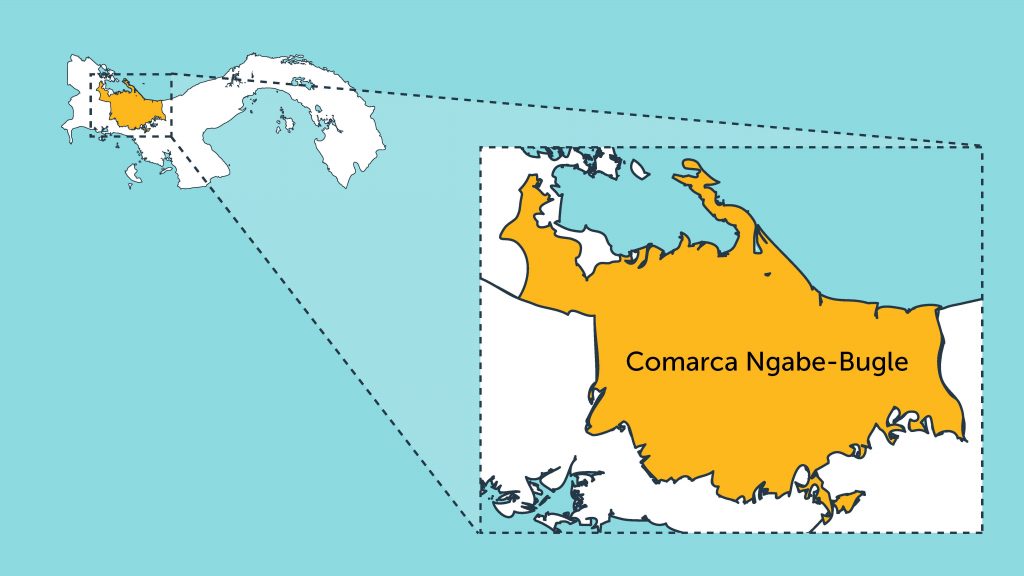 Five years after the passage of Law Number 72 establishing a process for titling Tierras Colectivas, Panama’s government issues the first three collective land titles under this law. While symbolically significant, these titles cover only 26.9 square kilometres, less than 1% of the indigenous lands remaining to be titled.

Forum of the Twelve Congresses and Councils of the Seven... 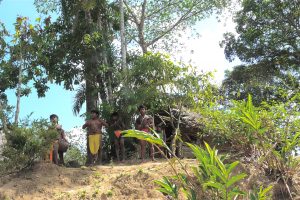 Supreme Court of Panama rules in favour of the Arimae and... 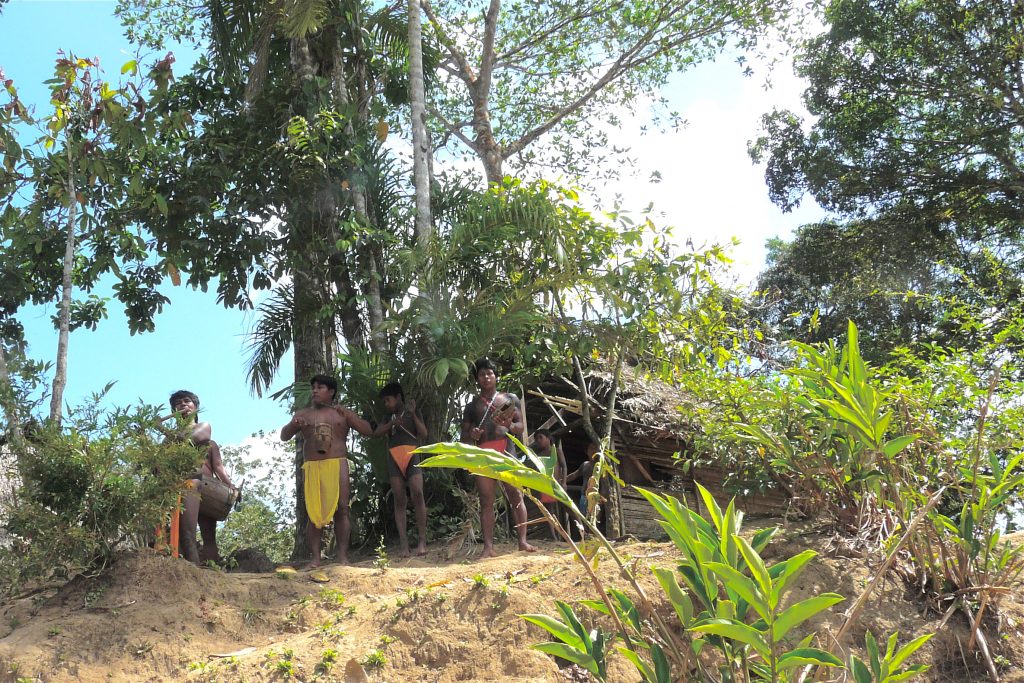 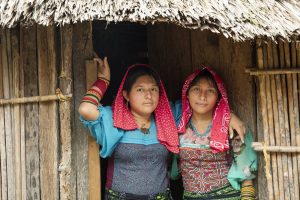 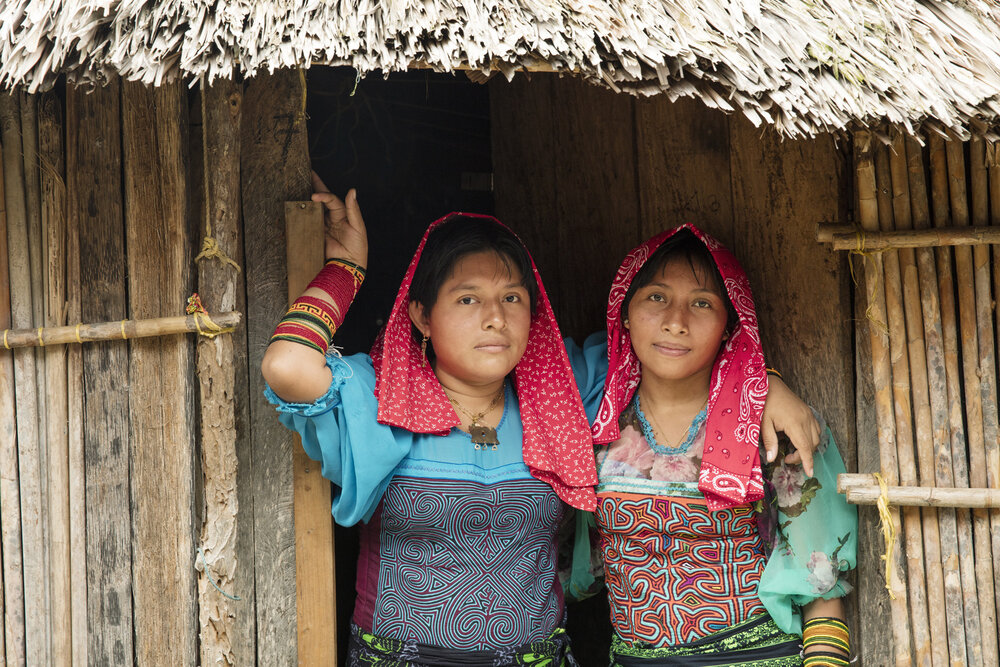 Faculty of Law at the University of Panama prepares to offer...

COONAPIP progresses with the Faculty of Law of the University of Panama in efforts to establish a Diploma in legal administration and organisation of territories. The aim is to increase knowledge about national and international legislation that protects Indigenous Peoples.

With a clear roadmap for titling, experience, and momentum,...

With a clear roadmap for titling, experience, and momentum, COONAPIP scales up efforts to secure indigenous territories and build capacity to govern them

COONAPIP launches the Tenure Facility-funded Project to Strengthen the Territorial Security and Organizational Capacity of the Indigenous Peoples of Panama. It aims to secure collective title over almost 200,000 hectares, working with the residents of up to 12 indigenous territories and government. These claims include those blocked because they overlap with areas designated for conservation. The initiative will strengthen communication among indigenous authorities and with government and the public, and build the capacity of indigenous women leaders. 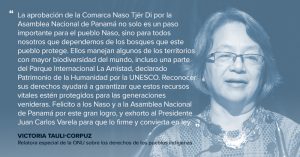 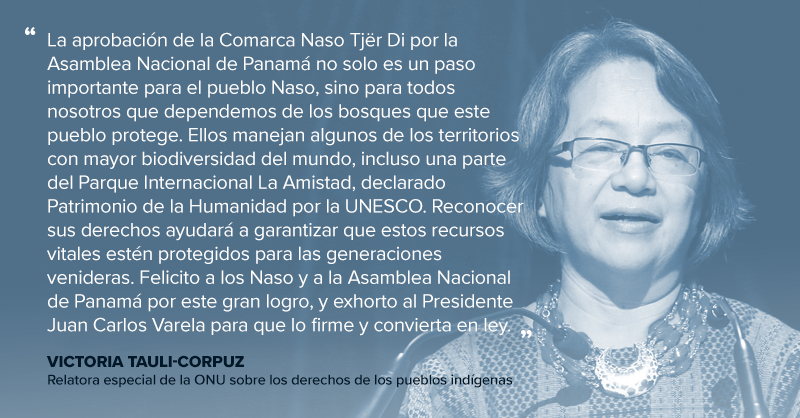