Stories Blogs The Green Climate Fund and us: how Indigenous Peoples must make their voices heard

Indigenous Peoples have in recent decades been deeply involved in promoting the rights of our peoples at an international level. At long last we are now seeing the establishment of international human rights standards that recognise our individual and collective rights.

However, we face huge gaps, and none bigger than the challenges faced by indigenous organisations in accessing resources to fund the drive for greater protection of those rights. Our advocacy efforts to overcome this have increasingly focused on negotiations around funding to tackle and mitigate climate change – a phenomenon which profoundly impacts the means, life systems and cultures of our peoples.

As ancestral guardians of vast tracts of vital forestlands, we are today custodians of 82% of the world’s biodiversity. Protection of these territories is underpinned by generations of traditional knowledge and good practice, from which the whole world can learn. As such we believe unshakably that climate action must embrace, at its most fundamental level, the rights and roles of Indigenous Peoples.

In this context, we have recognised the centrality of the Green Climate Fund (GCF), which is the key operating financial entity of the United Nations Framework Convention on Climate Change (UNFCCC). Whilst there are many climate focused funds, none have the scope and scale of the GCF. It is the fund of funds, at least when it concerns financing actions in developing countries – our countries – to mitigate and adapt to climate change. If our voices are not heard within the GCF, then our needs will not be taken into account.

To give an idea of scale – by August this year, 143 projects totalling $6.2 billion USD had been approved, with 25% focused on adaptation, 40% mitigation and 35% cross-cutting issues.  65% of funds have been allocated to the public sector, 35% to the private sector.

It is not clear exactly how much Indigenous Peoples have benefited from this funding, although indigenous organisations have participated or supported projects in Colombia, Paraguay, El Salvador, Guatemala, Ecuador, Peru, Kenya, Tanzania, Senegal, Sudan, Ghana, Democratic Republic of the Congo, Nepal, Indonesia, India, Bangladesh and Sri Lanka. More projects involving Indigenous Peoples are in the pipeline.

"It is essential for Indigenous Peoples to be able to approach NDAs, often the Ministries of Finance, Energy or Environment. But this is easier said than done: in many countries Indigenous Peoples struggle for any form of visibility in the eyes of the authorities, or are not recognised at all." 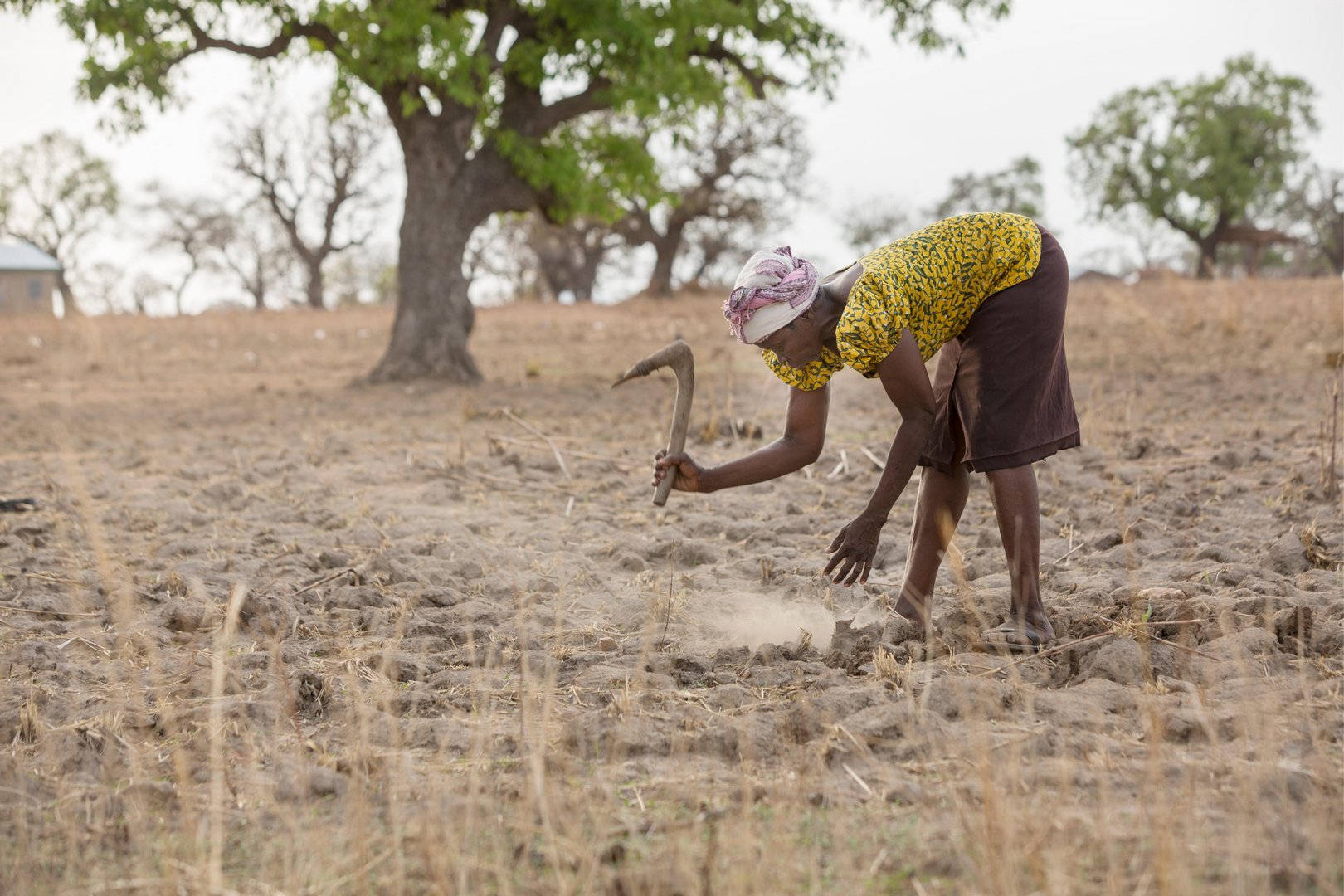 It is important to note that the governance structure of the GCF heavily privileges country ownership of projects and a country-driven approach, ensured through the nomination of Designated National Authorities – government agencies who are charged with supervising activities, coordinating and nominating the organisations to carry out the work (Executive Entities), approving funding and building capacity.

As you can imagine it is thus essential for Indigenous Peoples to be able to approach these NDAs, often the Ministries of Finance, Energy or Environment. But this is easier said than done: in many countries Indigenous Peoples struggle for any form of visibility in the eyes of the authorities, and in some cases, they are not recognised at all.

Indigenous Peoples have seen since the very beginning the paradigm shift that the GCF represents in terms of its funding for developing countries to tackle climate change – something which so badly affects us.  Because of this we have done much to ensure that our voices are heard, including stepping up our advocacy within the fund since its conception. Starting in 2015, there has been an Indigenous Peoples’ Advocacy Team (IPAT) that has actively participated every year in the annual Board of Directors’ meeting. We are continuously pushing for the best possible implementation of mechanisms, guaranteed in the fund’s governing instruments, which promote the participation of key actors including civil society, women, youth, business and of course, Indigenous Peoples.

We have made some significant breakthroughs: safeguarding policies have been established to mitigate and alleviate any negative impacts caused by projects on our peoples.

in 2018 the GCF adopted its Indigenous Peoples’ Policy (IPP), which aims not just to avoid harm to our peoples, but to actively use its financial muscle to do good – promoting strong safeguards; advancing gender equality, respecting Free, Prior and Informed Consent (FPIC); establishing complaint mechanisms and pushing for fairer access to GCF resources.

The IPP must be applied to all potential and approved financing proposals, and will include considerations regarding the effects on populations in voluntary isolation, and all self-identified Indigenous Peoples, regardless of legal status in their countries. In 2019, operational guidelines were drafted aimed at facilitating compliance with the IPP on the ground.

We have also advocated for the promotion of Nature-Based Solutions (NBS), an approach which could have significant positive impacts for Indigenous Peoples through access to investment to support the conservation and management of forest lands and ecosystems, and the provision of sustainable forest services.

Meanwhile we collaborate closely with civil society to overcome the fact that Indigenous Peoples do not have our own independent observer seat in the GCF, and we have also held meetings and workshops specifically aimed at Indigenous Peoples, leaders and organisations, raising awareness of the GCF and its signficance.

"As this global pandemic highlights the vital lessons the world must learn from Indigenous Peoples in its relations with nature, we know we must promote our voices, interests, knowledge and know-how within the GCF as a matter of urgency" 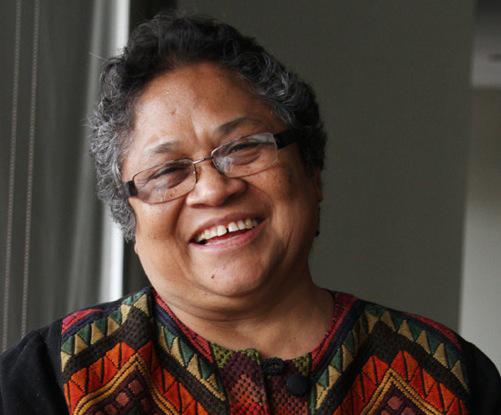 All this represents good progress. Nonetheless, challenges still remain: the model of country ownership is problematic, especially in countries where indigenous rights are not recognised.

There are also issues around the failure of organisations charged with disbursing GCF funds (Accredited Entities) to apply the Fund’s own standards and policies. Connected to this, up to now, there is not a single indigenous organisation which has been accepted as an Accredited Entity. None have even tried to apply.

The Tenure Facility – of whose board I am Chair – and the Fund for the Development of the Indigenous Peoples of Latin America and the Caribbean (FILAC) are at different stages of applying, which would at least give Indigenous Peoples improved access through these third parties. Nonetheless, that window of access remains unjustifiably small. This is a huge challenge.

We know thus what we must do: we must work to strengthen our ties with NDAs, and be supported in this regard. We must accelerate bridge-building with third parties who channel GCF’s funds, and in the shortest possible time, achieve accredited indigenous entities, in order to give us direct access to the vital, potentially game-changing financial resources contained within the fund.

As this global pandemic highlights the vital lessons the world must learn from Indigenous Peoples in its relations with nature, we know we must promote our voices, interests, knowledge and know-how within the GCF as a matter of urgency.

Dr. Myrna Cunningham –  a Miskitu from the Wangki river region of Nicaragua – is a leading indigenous authority on women’s rights. She serves as the Chair of the guiding committee of the Pawanka Fund, an indigenous-led grant making effort supporting Indigenous Peoples initiatives. She served as Chair of the Permanent UN Forum on Indigenous Issues until 2012. In 2014, she was appointed as Special Ambassador for FAO, and she served as Adviser to the President of the UN General Assembly for the World Conference of Indigenous People. She is Chair of the Board of Directors of the Tenure Facility. Learn more about Dr. Cunningham and the Board of the Tenure Facility here.

The GCF represents a potentially game-changing opportunity to promote the rights and roles of Indigenous Peoples in the fight against climate change
Show More
Your subscription could not be saved. Please try again.
Your subscription has been successful.