In this time of Coronavirus, communication and information sharing have rarely been so important, or so challenging for Indigenous Peoples.  Our partners in southern Peru have recognised this, turning to online and virtual learning to train five young indigenous reporters to document the impact of the pandemic in their communities.

The early results of the virtual workshop are impressive: two 10-minute videos – raw, honest and intimate, capturing realities on the ground where vulnerable communities are facing the health implications of COVID-19, and the ramifications of losing some of their most respected and wisest friends and relations to the virus, leaving holes that cannot be filled. 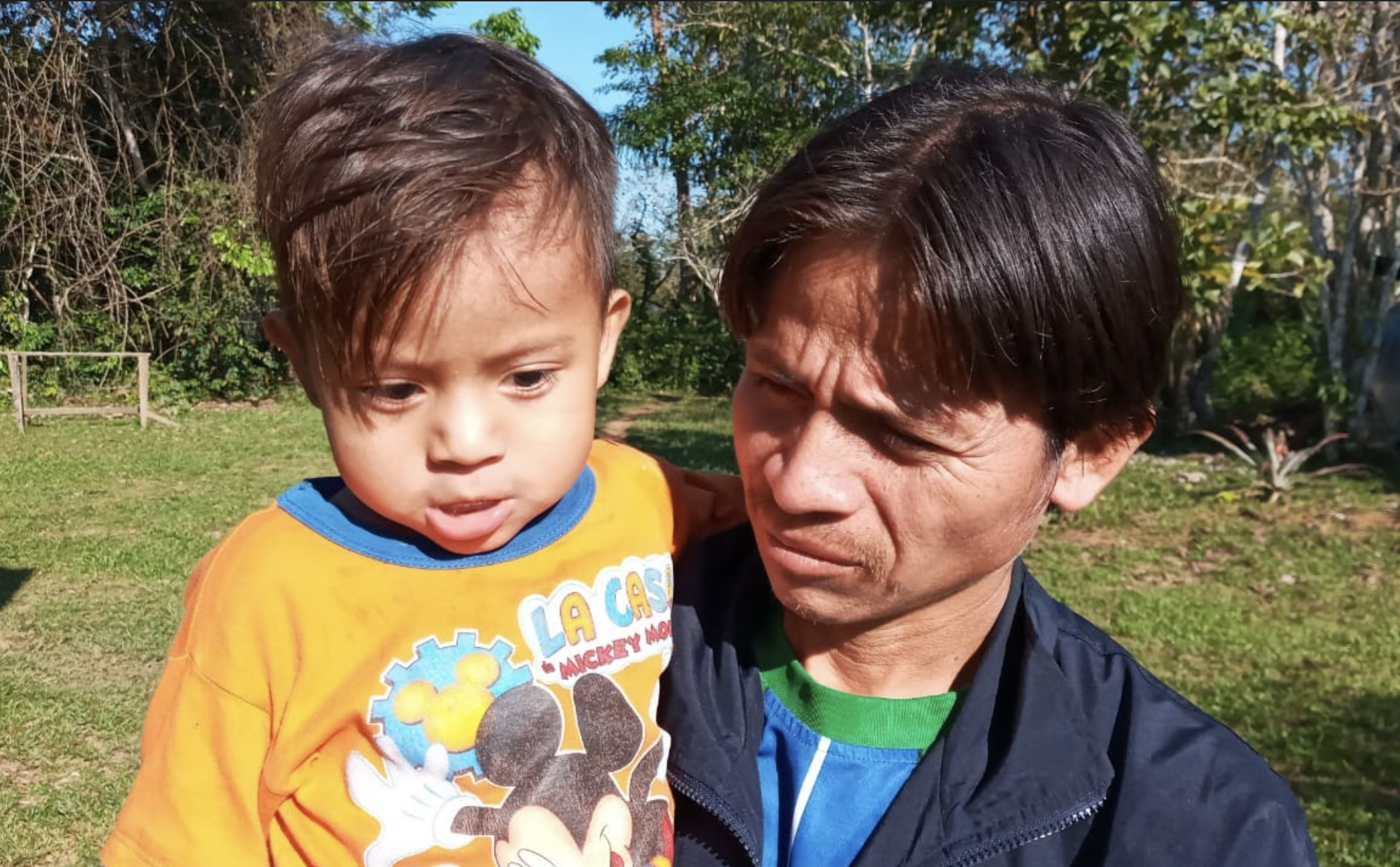 Elgar Shanocua Meshi is the widower of Lupe Heyaijia Dakitahuaji, who was the first indigenous victim of COVID-19 in Madre de Dios. Credit: Pilgrim Shanocua Chaeta

The practicalities of training inexperienced but enthusiastic youngsters in the complexities of photography and filmmaking in the vast and remote Madre de Dios region during a global pandemic should not be under-estimated. Face-to-face tuition was out of the question. Instead mobile phones with unlimited data were distributed, with participants communicating and learning via WhatsApp and Zoom. They shared videos of their work whilst also collecting vital information on the response to COVID-19 for their communities. Creating this communication bridge is vital, now more than ever, according to Eddy Peña, Specialist of the Madre de Dios Regional Office of the Peruvian Society of Environmental Law (SPDA), one of the Tenure Facility’s implementing partners in-country.

“It’s a really important factor for us to be able to receive first-hand and quality information on the impacts of the health emergency. Likewise, this training will allow the communities to improve their dissemination channels, not only of their problems, but also their projects and potential,” he stated.

"It’s a really important factor for us to be able to receive first-hand and quality information on the impacts of the health emergency. Likewise, this training will allow the communities to improve their dissemination channels, not only of their problems but also their projects and potential"

One video report by Peregrino Gonzalo Shanocua Chaeta, a 23 year-old from the native community of Palma Real, documented the aftermath of the death of a well-known artisan and basket-weaver from the community, who had tirelessly fought to keep the traditions of the Ese Eja people alive, and whose work had contributed to seeing Ese Eja basket-weaving being declared a cultural heritage. With her death, much of her knowledge has been lost with her.

Another film, by Luz Britave KuakuibehueTije, focused on the use of traditional herbal medicines being used to try to treat COVID-19.

“During the workshop I learned a lot,” KuakuibehueTije said. “Now it is easier for me to take photographs, make videos, and I even know how to interview someone, which is very difficult. Now I feel capable of convincing interviewees to talk, and of making a good report,” she added. 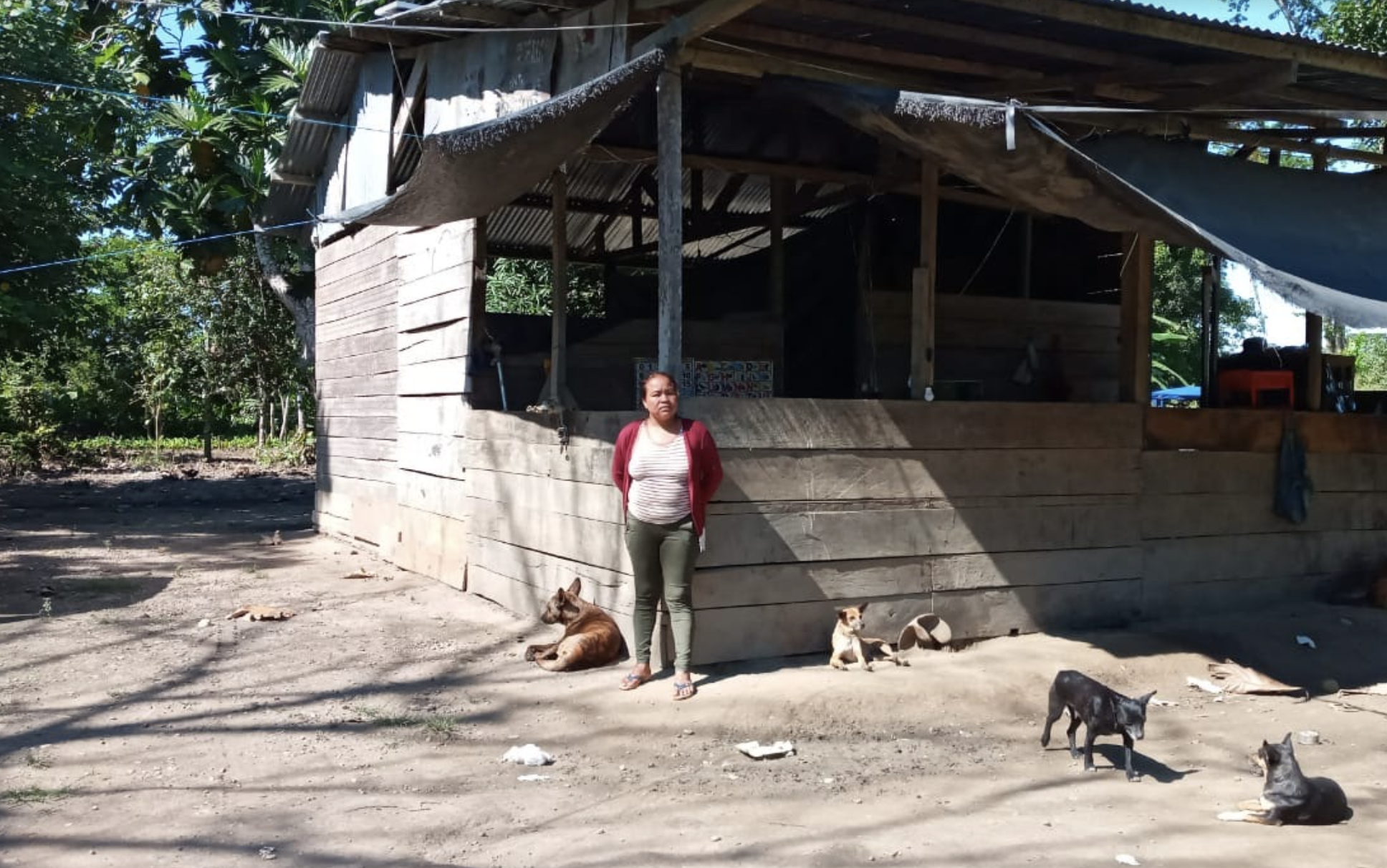 This initiative led by the Native Federation of the Madre de Dios River and Tributaries (Fenamad) will be shared globally by the magazine Actualidad Ambiental and the Tenure Facility.

“With the use of technology like this, we are able to reach all communities with digital information, especially now when Covid-19 is affecting everyone,” said Julio Cusurichi, president of Fenamad, an organization made up of 37 communities and 7 Indigenous Peoples. “It is important that men and women from these communities are informed, share their stories, and help us continue working for their well-being, ”he concluded.