Stories Articles Interview: “nature will force us to think the way of Indigenous Peoples”

Interview: “nature will force us to think the way of Indigenous Peoples”

Kimaren Ole Riamit is an indigenous person from the Masai pastoral community in Kenya, and is Executive Director of the Indigenous Livelihoods Enhancement Partner (ILEPA), a non-profit NGO supporting human rights, social justice and climate change adaptation and mitigation. ILEPA is a member of Community Land Action Now! (CLAN), which represents around 60 different indigenous communities. Kimaren was a participant and speaker at a recent webinar which the Tenure Facility supported, bringing together African civil society actors to discuss better ways to leverage support from the Green Climate Fund (GCF), the largest financing mechanism of its type targeting developing countries.

Why are respect for and the strengthening of indigenous land rights so important in the battle against climate change?

Indigenous people are people of the land, their lives, their identity, their basic survival is centred around land and natural resources. Separate them from their land and their lives are basically shattered. Second, research has shown that because of their vision of a strong positive relationship between nature and culture and identity, they have proved to be faithful stewards of the land, living in harmony with nature. Because of this their carbon footprint is the lowest. They are the least part of the problem in terms of climate change. They represent the future that we aspire to as a global community, a future where the human carbon footprint is low. But their strong relationship with nature and their customary production systems based on land mean they are highly climate sensitive. They are the frontline victims of the negative impacts of climate change. They contribute least, but they pay the highest price. This negative price is on top of historical exclusion and marginalization, and in fact they pay a triple negative price, because they are also affected by climate change intervention action, mitigation actions, like wind power, like geothermal power and other interventions on land which are without safeguards and have no regard for the security of land tenure of indigenous communities.

In relation to indigenous knowledge, can you give some detail of the sorts of knowledge the wider world can take from Indigenous Peoples’ relationship with their land, and the way that this knowledge can be scaled up to help build solutions for the future?

You know the problem we find ourselves in as a global community, is a problem associated with capitalism, the endless search for profit and the blind accumulation of things we may not even need. Now in the context of COVID-19, the middle-class western style of livelihoods is stockpiling food, half of which goes to waste. Meanwhile with Indigenous Peoples like the pastoral Masai community, you milk your cow in the morning, you have your mug of milk, you graze during the day, with wild fruits to supplement your nutrition. There’s no store, no blind accumulation. That said, what happens between indigenous people and nature, means nature conservation is almost inseparable from human survival. In the Masai context, trees have life and they communicate. A Masai, when they are building a new home and a twig fence around the home, would speak to a tree and say ‘I cut you, not because I hate you, but because I want to make good of part of you’. When they have a herbal medicine they understand that the food flow of the plant is along the bark, so if the active ingredient of the herbal medicine is in the bark, they don’t create a ring around the tree  suffocating the tree – they make a vertical slit, meaning the tree still has a functional system for transporting its food, and then they return to cover the wound of the tree, so the wound heals. This privileging of nature, thinking about sustainable use and sustainable harvesting, and giving a status almost equal to humans in a way, helps them use nature sustainably. And they have rotational systems among the pastoralists around how you use pasture – the movement from one place to another by pastoralists so that the land is allowed to recover, and biodiversity to thrive, before you come back after several months – this mobility has been demonised as a craze of just moving around, but people don’t understand.  And research has shown that the areas of highest biodiversity in the world overlaps with indigenous territories. Indigenous people have realised the interdependent nature of ecosystems, and what we have in the modern world is a very departmentalised and compartmentalised approach to nature. The forest actors do not speak to the water department, the water department does not speak with the wildlife department. But indigenous people realise this is an artificial fragmentation of nature and does not work in order to sustain humanity and nature. 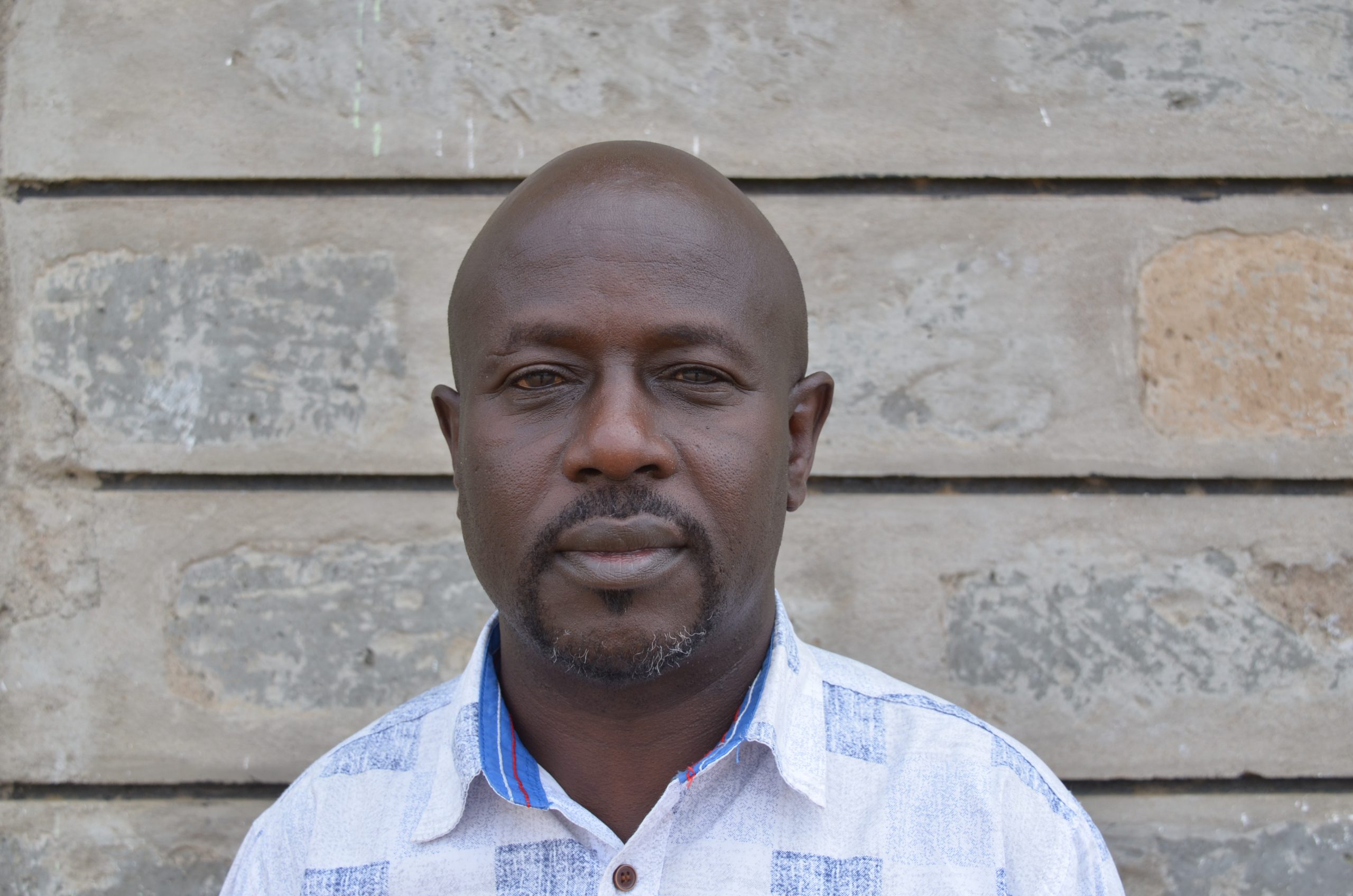 Do you get the sense that indigenous voices are being heard more now, that there is greater space for indigenous people in the debate on how to mitigate and adapt to climate change?

Yes, I would say voice and representation of indigenous people in the debate around climate change is increasing, if you look at the UN system, or multilateral actors, it is increasingly becoming politically incorrect not to recognise indigenous people on paper. In short, I would say we are seeing a very huge movement towards paper recognition of Indigenous Peoples rights, with very little corresponding recognition in practice. It’s what I would call death by recognition. ‘Ok, you want rights, we give you them on paper, but that’s as far as we can go. We won’t translate them into livelihood gains at the community level.’

"Privileging of nature, thinking about sustainable use and sustainable harvesting, and giving a status almost equal to humans in a way, helps them use nature sustainably."

What is needed to ensure that Indigenous Peoples are better represented and that their views better respected?

There is a lot certainly that the Tenure Facility and other indigenous friendly actors and governments can do. One thing is, we need to enable the documentation of traditional knowledge. Governments only understand the language of paper. If this is their language, we need to meet them in this space. Number two we need to give meaning to policies. You have policies, but Indigenous Peoples are not aware that they exist. Indigenous Peoples are named in policies that the state itself does not wish that Indigenous Peoples demand, because they don’t want to hold themselves accountable. You have safeguards, like the GCF Indigenous Peoples’ policy which is the biggest driver now of climate change investment, you have safeguards in REDD. States can’t hold themselves accountable, Indigenous Peoples and groups (need to) internalise these safeguards and principles and create a demand for accountability mechanisms. Third, we need to translate recognition into effective land ownership. In Kenya there’s a new Community Land Act 2016, which recognises collective ownership, but the process of registering land and delineating boundaries is both technical, costly and abstract for these communities. So, we need to enable equal recognition of land, and where its already recognised we need to translate this into action, ownership and use, including facilitating documentation of land use planning for communities. Fourth, we need to put resources in the hands of Indigenous Peoples. For years Indigenous Peoples have just received tokenism, and the thinking is that indigenous communities have no capacity to manage these resources. Nothing can be further from the truth. Increasingly indigenous organisations, including ILEPA, have developed capacities, and this is where we want to commend the Tenure Facility for thinking outside the box.  We hope to see now the Tenure Facility lead from the front, demonstrating the value of this novel approach, of slightly larger scale support for indigenous people and tenure rights. Participation is the other issue for indigenous people; you have recognition of indigenous people to participate in the green climate fund. There’s (also) an advisory body of indigenous people to the green climate fund- but it is useless to have it, if indigenous people don’t actually go to the table.

"For years Indigenous Peoples have just received tokenism, and the thinking is that indigenous communities have no capacity to manage these resources. Nothing can be further from the truth."

Indigenous People are, as you’ve said, on the frontline of climate change. Do you feel now in 2020, hopeful that we can reverse direction, that we can learn lessons to create a future where Indigenous Peoples like yours don’t face a very bleak future?

I don’t think we have a choice. What we have seen in the pastoral landscapes (of Kenya) is a push for an agriculturally western philosophy of land use which treats all land the same, that land must be privatized, intensively used, mechanised, large scale all these things. What we have realised in the pastoral rangelands of Africa is that you need the mobility and indigenous innovation which has served us for centuries. I think even if we don’t respond in time, nature will force us to think the way of indigenous people because, in a pastoral context, even if you fragment land, you can’t fragment clouds, you can’t isolate a cloud to every parcel of land so they have pasture and water, and this is what indigenous people recognised in times past. With the dialogues we have, with nature speaking for itself, we have no other choice but to think about collective use and flexible mechanisms of land use. I am certainly hopeful, because it’s the only way in this context.

Read more on our joint webinar with the Pan African Climate Justice Alliance (PACJA) which serves as the Regional GCF Watch node for Africa here.