Interview: It’s official: Indigenous Peoples are guardians of their forests, with Latin America leading the way

Worldwide, Indigenous Peoples are stewards over vast tracts of vital forestlands, but often without proper legal protections. Now a new landmark report has shown conclusively that when Indigenous Peoples have secure tenure over the forests they live in, deforestation and other forms of environmental degradation are at the very least tempered, if not halted altogether.

The report, just published by the U.N. Food and Agriculture Organization (FAO) and the Fund for the Development of the Indigenous Peoples of Latin America and the Caribbean (FILAC), focused its gaze on Latin American and Caribbean forests.
It is expected to become a benchmark in the field, having required over a year’s work sifting through more than 300 land tenure and forestry studies and their accompanying data. It will now take centre stage on April 22, Earth Day, at the inaugural Land Dialogues webinar hosted by the Tenure Facility, Land Portal, Ford Foundation and Thomson Reuters Foundation.
“In just about every country in the region, Indigenous and tribal territories have lower deforestation rates than other forest areas,” the FAO/FILAC report found. It proposed a series of investments and policies for climate funders and government decision-makers to adopt, in coordination with the people on the land.
Ahead of the Land Dialogues webinar, the Tenure Facility interviewed the report’s author, FAO Manager, Forest and Farm Facility David Kaimowitz, on his research and findings.

It has long been suspected that Indigenous Peoples protect the forests where they live to a greater extent that is found elsewhere. How does the report confirm this?

The report pulls together dozens of empirical studies that show just that link, as has been claimed many times. Studies have come out now and then that pointed in that direction. What this report does is bring those different studies together. The results are really compelling and quite conclusive. It also goes beyond saying that forests managed by Indigenous Peoples in Latin America are better preserved than other forests. It also explains the reasons why — and that hasn’t been done as often in the past.

What are the reasons that there is better forest protection in Indigenous lands?

The report points to cultural factors as being important. One of the most important is simply that most Indigenous cultures in Latin America do not engage in extensive cattle ranching. That’s not part of their productive system and since deforestation for cattle is the main cause of forest destruction in Latin America, that’s a big difference. Another key is that their cultures make much more active use of many forest products, whether it be forest fruits and vegetables, game, or medicinal plants. This makes them see the forest as a source of livelihoods, and not something useless that should be removed. But the report also makes the important point that Latin American policies have been supportive — until pretty recently — of Indigenous rights and Indigenous forest management. That’s one of the reasons why these forest have been better protected as well. And it’s also one of the causes of concern that those policies are changing. 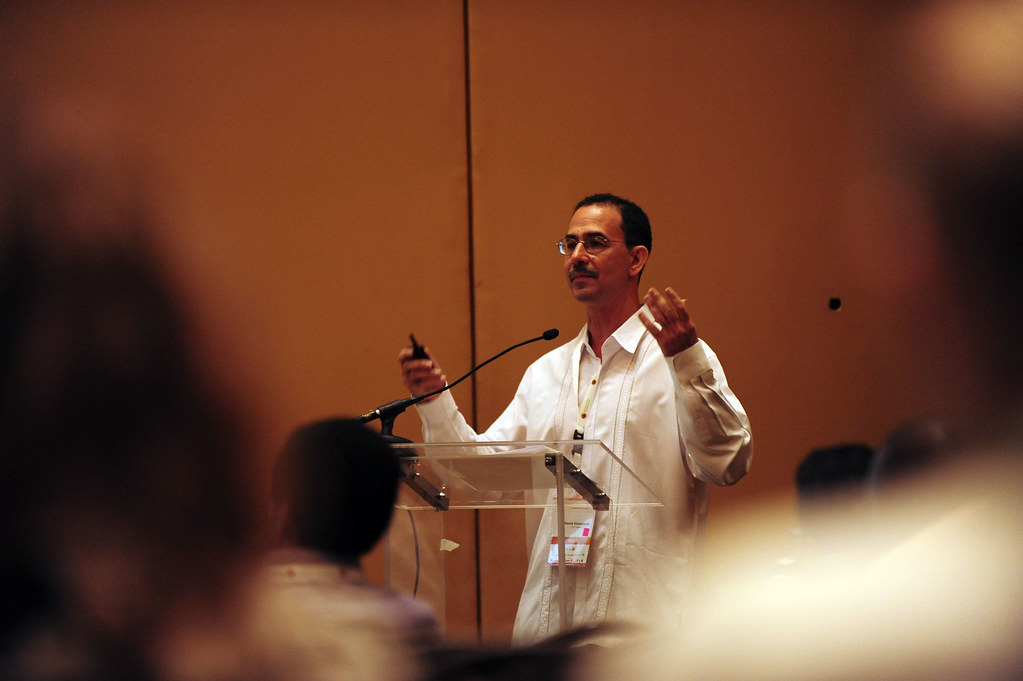 "You’re seeing countries that are no longer making the effort to ensure that external groups don't invade Indigenous lands. You’re seeing governments put roads close to these areas, increasing the pressure on them. In some cases, it’s because of economic difficulties, in other cases is because of political changes. We are seeing a fair amount of roll back. "

What has happened to stop governments being supportive of Indigenous forest areas?

The first thing is to just go back and say Latin America has many more titled indigenous territories and communal Afro-descendent communities than Africa or Asia. A lot of titling was done in the period after the dictatorships in the 1980s and the ’90s – so now you have a situation where roughly 2/3rds of all of these territories have received title. That’s much better than you’ll find in Africa or Asia. Now what you are seeing is countries cutting back on their budgets for community forest management or for payment for environmental services.  You’re seeing countries that are no longer making the effort to ensure that external groups don’t invade Indigenous lands. You’re seeing governments put roads close to these areas, increasing the pressure on them. In some cases, it’s because of economic difficulties, in other cases is because of political changes. We are seeing a fair amount of roll back.

The fact that there is less deforestation and forest degradation in areas populated by Indigenous Peoples does not mean there has been none. What did you find in this area?

If we looked at where things were at 15 or 20 years ago, it wasn’t a case of no deforestation, but it was small.  Now you are seeing deforesting in Indigenous areas in a number of countries.  None have a perfect record. The extent varies but the trend is in the same direction.  This is not a minor part of the tropical forest problem. It is at the very heart. These territories are too big to fail.

For more on David’s work, read his other interview with Mongabay.