The bilateral agreement will see Norway help Indonesia work to safeguard its forests and increase community participation in the hopes of lowering carbon emissions from forests and other land use.

Indonesia and Norway renewed a bilateral partnership this week that pledges to cut greenhouse gas emissions from deforestation and forest degradation by protecting and restoring ecosystems in the Southeast Asian nation, home to a third of the world’s rainforests.

The agreement employs a results-based model where Norway will support Indonesia’s work to safeguard its tropical forests and increase community participation, all in the aim of reducing greenhouse emissions.

The five-year memorandum also highlights the important role local and adat communities – groups made up of mostly Indigenous Peoples ­– play in caring for Indonesia’s vast forests by keeping trees standing and their carbon sequestered.

“Renewing this partnership is a huge win for the climate and the world but especially for Indonesia’s rainforests and the Indigenous Peoples who have lived and relied on them for generations,” said Nonette Royo, the executive director of the Tenure Facility. “It’s important that donors continue their support for countries like Indonesia in their efforts to stop deforestation and forest degradation. And a great way to achieve that is by partnering with local indigenous groups who are some of the best equipped to meet this challenge.” 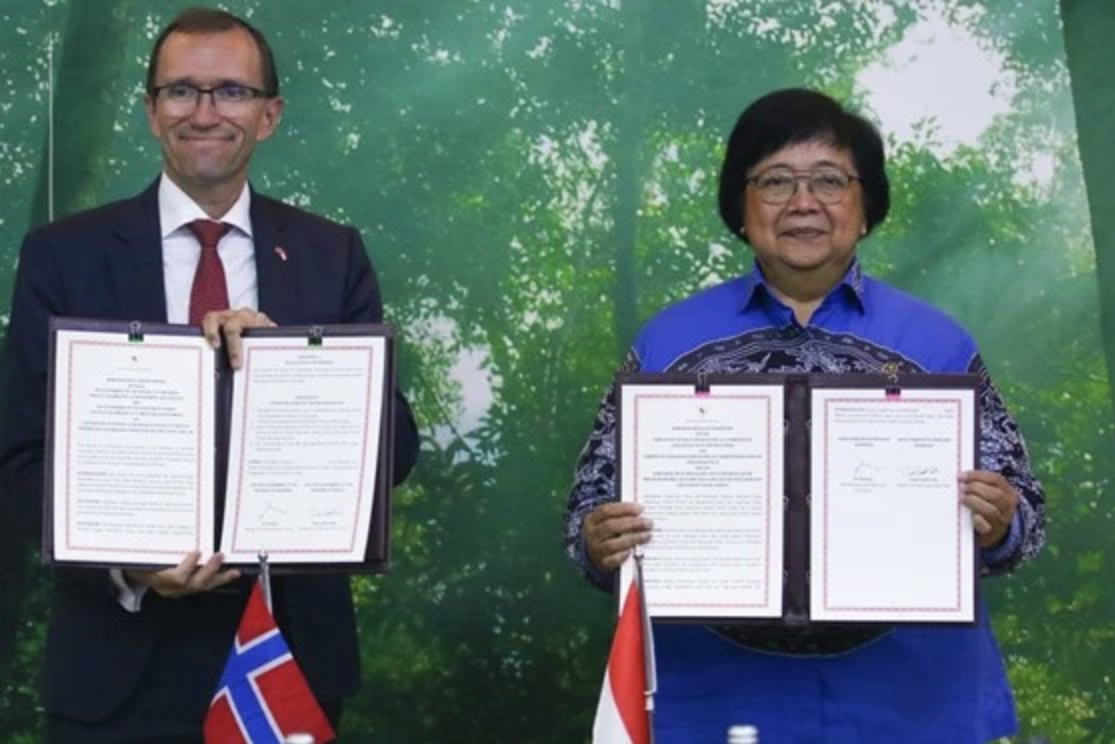 Since 2015, the Tenure Facility and its strategic partners have joined forces in Indonesia to expand the legal recognition of indigenous lands, which has kept forests in the hands of Indigenous Peoples and local communities, providing better stewardship and sustainable land use. With the Tenure Facility’s support, indigenous communities in Indonesia have advanced tenure security on their ancestral lands.

Protecting Indonesia’s tropical rainforests will be key if the world is to meet its climate targets of reducing emissions and removing carbon from the atmosphere. It will also help conserve vibrant and rich tracts of biodiverse lands that are home to thousands of species of flora and fauna as well as millions of indigenous people.

The memorandum notes the great strides Indonesia has made in combating deforestation, which has declined steadily in recent years. In 2019-2020, Indonesia reported deforestation was at 115,500 hectares, down almost 90 percent from 2014-2015.

Norway’s Climate and Environment Minister Barth Eide said the partnership marked “the start of a new era of even deeper and broader collaboration between our two countries on one of the most pressing issues of our time.”

The renewal of the agreement is a great relief after Indonesia ended a similar cooperation in 2021, which provided a very significant learning opportunity for both Norway and Indonesia to manage change and nurture initial successes in a complex partnership of protecting tropical rainforests.