Elders and the youth are reimagining the art of ancient storytelling, uniting to preserve their local wisdom and cultures as defenders of the forest. Youth from across Peru’s Amazon Forest are acting as a digital bridge between the indigenous communities and the wider public.

Using video and oral traditions to define the narrative and technology to reach a global audience, local communities set out to share their stories on efforts and struggles to protect the world’s lifeline forests, as well as what they need to continue this vital role.

“In the past, it has been difficult to report on stories that are important to us, which is why the work of the young communicators is so important – to bridge between the communities and the wider public.” Julio Cusurichi, President of the Native Federation of the River Madre de Dios and Tributaries (Fenamad) representing 37 communities and seven Indigenous Peoples, said. 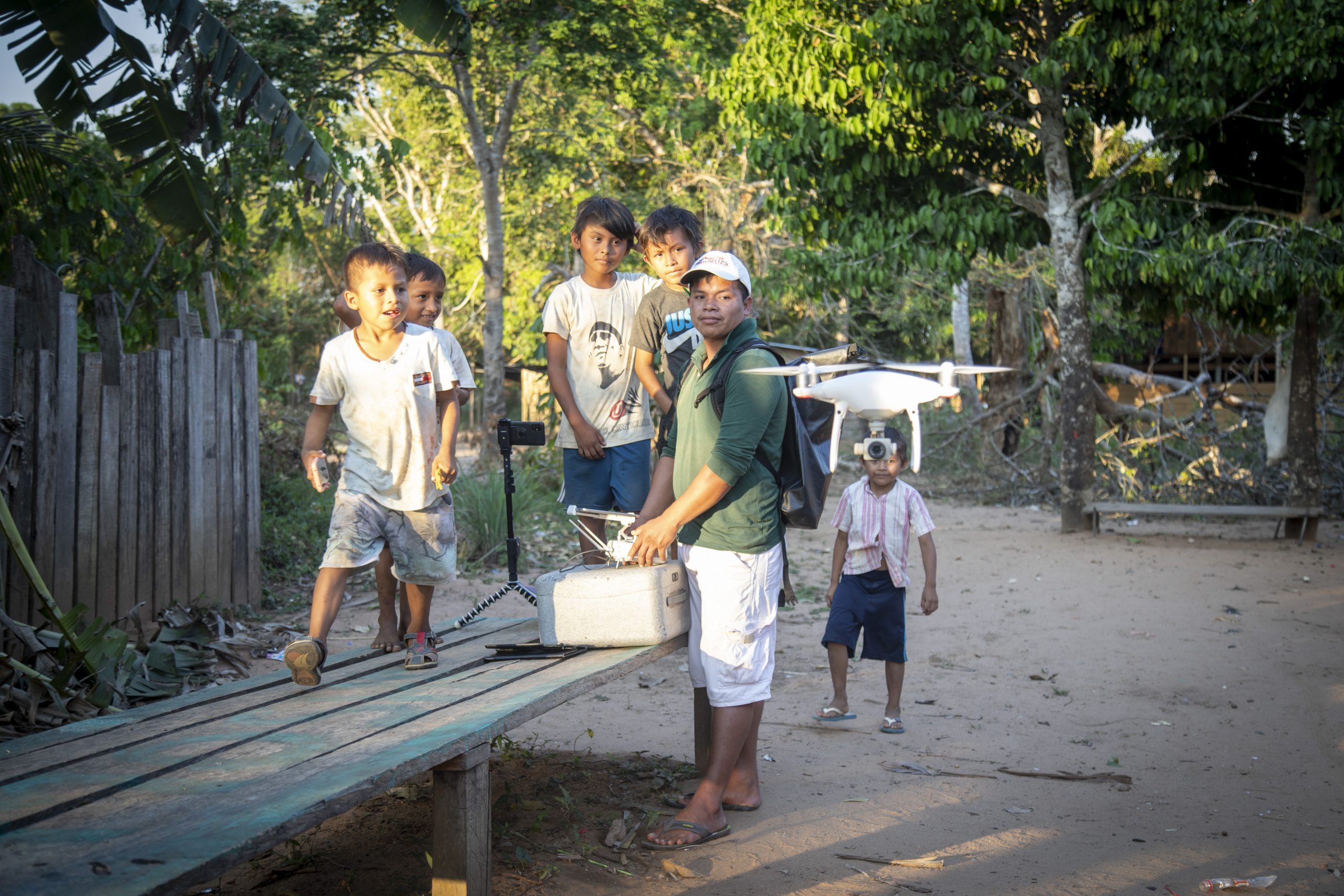 More than half of Peru is forested land, with some 600,000 km2 held under collective tenure, with Indigenous Peoples and local communities exercising rights over their ancestral domains.

Yet the threat of industrial and agricultural deforestation continues, and local communities are still fighting for land rights that will stop biodiversity loss.

‘Nature cries for illegal mining’, the caption of a photo by Wilfredo Karwarupay, a young communicator from Ese Eja de Infierno, “Shows how nature is being preyed upon and contaminated by illegal miners, while the competent authorities are conspicuous in their absence.”

Indigenous elders of the Amazon Forest believe that the world does not know about their efforts in protecting their homes – the world’s forests – and the communities’ daily strife with vested interests and illegal incursions. With this, the network of local communicators in Peru started.

“The birth of this network of indigenous communicators is important because it allows us to show the problems, and helps us reach a wider audience, narrating what happens in our communities from the voice and vision of Indigenous Peoples.” Vanessa Racua, leader of the Infierno Native Community in charge of Fenamad´s communications, explained.

Twenty young people from as many native communities of Madre de Dios were trained in film production resulting in short films, two of which were recently premiered at the Global Landscapes Forum Amazonia (GLF Amazonía).

Armed with their mobile phones, the youth captured the lives, stories, and biodiversity of their forest people.

That’s why Shanocua’s film highlights the desperate state of education and the terrible conditions in schools endangering children’s lives.  He hopes the films will inspire authorities to act now.

Ample research shows that Indigenous Peoples and local communities are excellent stewards of the rainforest: within as little as two years, titling reduces deforestation by more than three-quarters and forest disturbance by roughly two-thirds.

Yet, inadequate tenure and opportunities in indigenous forest areas are driving the youth away from their homes.  Vital knowledge and agency of the custodians of the world’s forest are being lost.

“Today there are many young people and children who do not know the history of the founding of the community.  The identity and worldview of our community is being lost.

This project seeks, in some way, to bring values and culture back and make them accessible to benefit everyone.” said. Luz Britave Kuakuibehue Tije, from the indigenous El Pilar community who is part of the first network of communicators of Madre de Dios.

Who better than us?

A recent study has shown that the COVID-19 pandemic has triggered widespread backsliding by countries in how they treat Indigenous Peoples and the land on which they live, including rolling back environmental laws and weakening human rights.

In the name of boosting economic growth lost to the virus, regulations have been watered down, logging and mining increased, and local people’s say in what is happening pushed aside in sometimes violent land grabs.

“There is nothing more powerful than stories told by the protagonists themselves.” Paula Alvarado, Chief Communications Officer for the Tenure Facility, said.

Indigenous communities are determined to define the narrative and share their stories, in their own voices and with their views and news.  For this, there needs to be the skills for the stories to continue.

“Storytelling is part of these communities’ life; it is how knowledge is transferred and how problems are addressed, understood, and solved within the community. This training has built on those skills – by adding film production abilities – so their stories can each a wider international audience.”  added Alvarado. 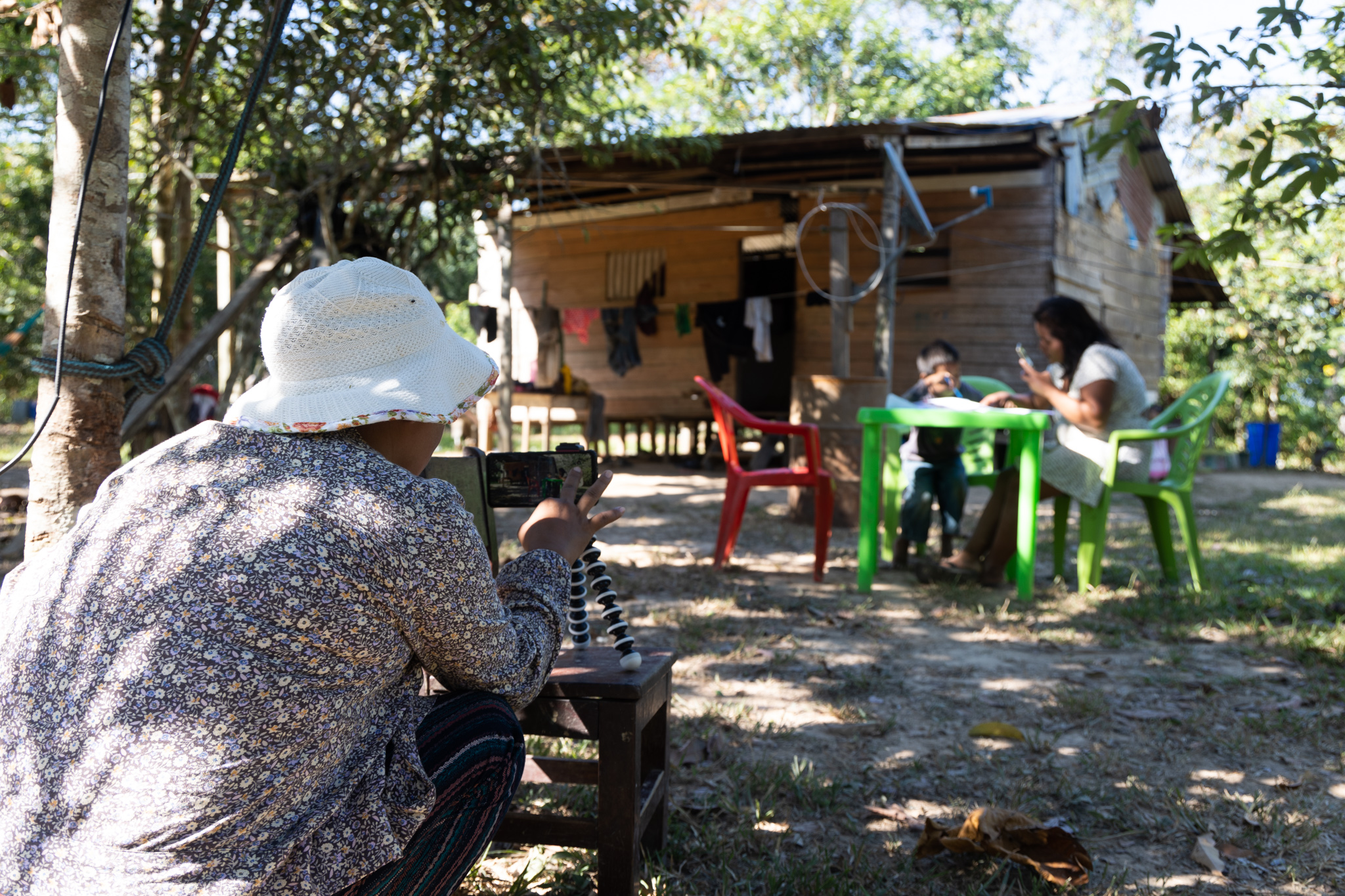 The Tenure Facility, Mongabay Latam, The Million Person Project and If Not Us Then Who? supported the project.