“Indigenous forest management and tenure rights are a key climate solution and should be recognized as such.  Indigenous Peoples provide a service for the whole planet.” Chris Buckley, Senior Land Policy Lead at the UK’s Foreign, Commonwealth and Development Office, said, speaking at a webinar on October 20, hosted by Rainforest Foundation Norway (RFN)

Tropical rainforests – home to 80 percent of the world’s terrestrial biodiversity and half of the carbon stored in all living biomass – are recognised as a buttress against biodiversity loss and climate change.

Participants of  Unleashing the potential in indigenous forest management had a few messages for the world leaders who met at the UN’s climate change convention in Scotland – COP 26.    The Glasgow meeting appears to have accepted the importance of Indigenous voices ,  but will their messages be heard and acted upon?

The most important one: the urgent need to move Indigenous Peoples’ land rights from a ‘side issue’ to the core of cost effective solutions for forest protection.

“Globally we, the Indigenous Peoples, are increasingly understood as the critical component of solution scenarios to our greatest crises in human history – the catastrophic disturbance to our climate.” Rukka Sombolinggi Secretary General of the Indigenous Peoples Alliance of the Archipelago (AMAN) in Indonesia, said. 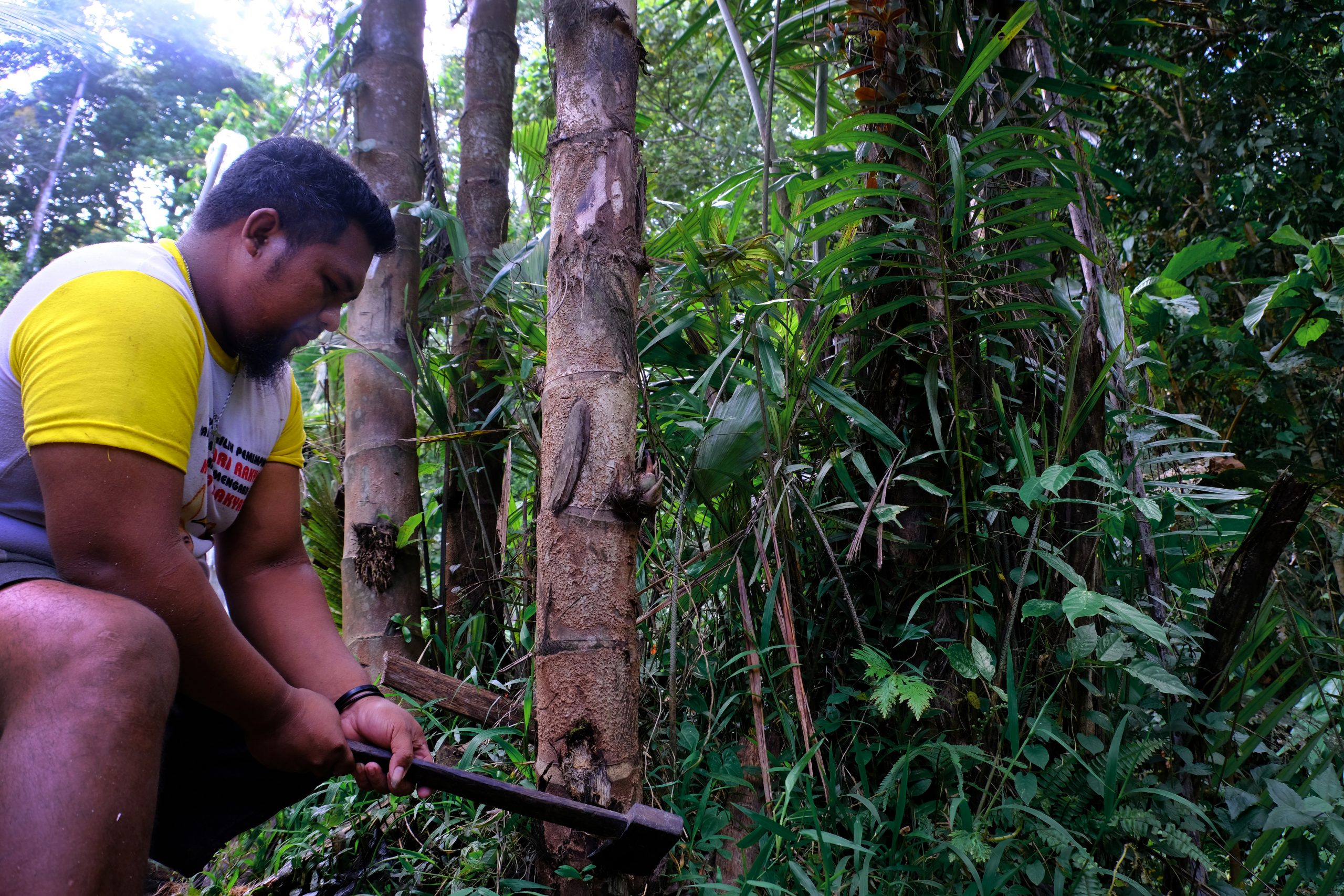 Studies show that Indigenous territories have deforestation rates that are three times lower than other protected areas.

With legally recognised tenure local communities can effectively monitor their forests and keep intruders out, they can challenge land grabs and competing land claims and they can use the forest according to their customs.

“Recognizing the tenurial rights of the communities living in the forest and supporting them in their management has proved to be an effective approach to stopping the loss of rainforests.” Torbjorn Gjefesen, Secretary General of RFN, said. “Still, only small proportions – less than 1% – of international climate and forest finances are reaching local communities.”

The world is falling short in aligning the widely accepted evidence and life on the ground for the frontline forest defenders.

“ The reality on the ground has yet to reflect the global awareness – our Indigenous leaders who oppose the occupation of our land by oil pumps, forestry or mining are being harassed and even killed and the recognition of our collective rights has been low and slow.” Sombolinggi, added

Global Witness reports that 227 environmental defenders were killed in 2020, a third of them were Indigenous Peoples’ rights defenders and 70% died protecting rainforests.

In addition, there has been a major roll back of the rights and freedoms of Indigenous Peoples and local communities living in primary forests during the Covid19 pandemic.

"Recognising the tenurial rights of the communities living in the forest and supporting them in their management has proved to be an effective approach to stopping the loss of rainforests. Still, only small proportions – less than 1% - of international climate and forest finances are reaching local communities."

There is no way to address the climate and biodiversity crises without saving the remaining rainforests – only a third of the original rainforest remains intact, one third has been destroyed while the last third is being degraded.

One organisation has, since 2015, piloted a radical approach being touted as the way forward – a partnership with and funding for local communities defending the world’s forests.

The  International Land and Forest Tenure Facility works in 13 countries, scaling up solutions that put  Indigenous people at the heart of forest management.

Having already advanced collective tenure security for 14 million hectares of land – benefitting approximately 7.2 million people in at least 12 countries – the Tenure Facility estimates that 80% of their projects will continue in countries with significant forest cover.

“Trust us in our ability to get the job done. The fear of taking a risk should be replaced by a collective we are in this together.” Sombolinggi, concluded.