It is not enough simply to encourage land tenure for Indigenous Peoples to protect their forests, it also takes money and non-financial aid.

The need for dedicated funding and technical assistance to accompany land rights was among the key issues raised by experts from Latin America at the inaugural Land Dialogues webinar hosted by the Tenure Facility, Land Portal, Ford Foundation and Thomson Reuters Foundation on April 22, Earth Day.

“It’s a question of giving (traditional peoples) the resources they need to protect their community and to protect their forests,” said David Kaimowitz, manager of the U.N. Food and Agriculture Organization’s (FAO) forest and farm facility.

Kaimowitz is author of a newly published U.N. report, underlining with data and research what people have long suspected: that forests managed by Indigenous Peoples tend to be better preserved than those that are not. And the world’s forests, of course, are crucial to combatting climate change and protecting global biodiversity.

Such forests, however, are under threat even where they are protected by those who live there, prompting the call for more financial and non-financial support.

“(What is needed is) a policy environment, and technical assistance and financial assistance to support indigenous community forestry and indigenous agroforestry systems, greater support for the maintaining and revitalising of traditional knowledge, ecological knowledge,” Kaimowitz said. 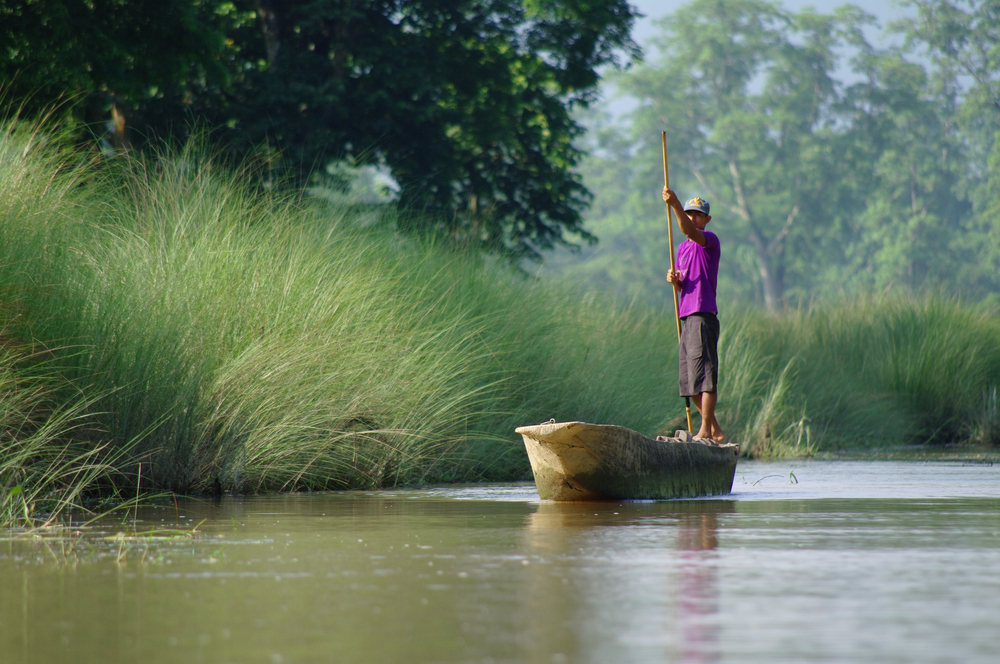 - Myrna Cunningham, Chair of the Board of Directors, Tenure Facility

Cunningham, who chairs the Tenure Facility’s board, said a global shift was needed in the way people looked at Indigenous Peoples and their forests, in order to recognise the importance of links between land rights and climate preservation.

“What we need is to change attitudes — first of all, with regards to Indigenous People and, secondly, with regards to how to finance the activities which have to do with these resources,” she said.

She noted that no more than 2% of big institutional funding to combat climate change goes to Indigenous territories.

“The main part of the resources just stay in big federal facilities or the apparatus of the main (funding) organisation.  We’re asking to have this funding go directly to the Indigenous Peoples,” she said.

An even more graphic case of underfunding Indigenous territories — whether for climate change or otherwise — was outlined by Espinosa, Forestry Specialist, and former leader of World Wide Fund for Nature in Panama.

He said that Panama has an annual budget that exceeds $20 billion. However, the development plan for the country’s seven Indigenous Peoples communities is budgeted at only $88 million. The communities represent 12% of the population; their development funds account for less than 0.5% of the overall budget.

"We should be proud of having all this culture. I think that is the path we have to build on."

- Silvana Baldovino, director of the Indigenous Peoples and Biodiversity program of the Peruvian Environmental Law Society

Ensuring land tenure for Indigenous People is not just about money, of course. It is also a matter of getting governments to recognise the benefits of land titles to everything from human rights to the environment.

Baldovino, director of the Indigenous Peoples and Biodiversity program of the Peruvian Environmental Law Society, said there had been some progress in her country in adjusting national legislation to secure the tenure of Indigenous Peoples rights.

But there was still a long way to go — and it was slow.

She cited one case of rights being given in which the formal title was handed to the grandson of the man who had applied for it. “It was the grandson, because these people had been waiting for 70 years,” she said.

The panel — hoping the FAO report would be a watershed — said a reset was needed in how people viewed Indigenous Peoples, and their role in staving off deforestation, environmental degradation and pollution.

“They are the ones that teach us how to share, how to…complement resources,” Tenure Facility’s Cunningham said.

Some of this, Baldovino said, started close to home: “We should be proud of having all this culture. I think that is the path we have to build on.”

What was most needed was for the world at large to recognise the benefits forest protection by Indigenous Peoples and Afro-descendant communities could bring, according to Kaimowitz.

“Really the political momentum for this (comes)…when other groups in society realise that their water, that their climate, that their well-being, that their biodiversity depends fundamentally on these (areas) being intact,” he said.

And while welcoming the FAO report for its potential role as a benchmark in the field, the panel also noted some other progress being made.

It was noted that among the 120-odd people at the summit were six representatives of Indigenous Peoples — not something that would have happened, say, a decade ago, and a positive recognition of their role in forestry preservation.