The hilly banks of the Mazaruni River are dotted with blue and cream-coloured houses with zinc roofs, some hidden away behind the tall cassava trees. On the other side of the sluggish brown river, there is thick tropical forest.

A group of young children are playing merrily at the bottom of the steps carved onto the bankside. The scene is joyful, yet these children have been told not to play in the water. For years, women and children in this remote village in Guyana have been testing positive for mercury blood poisoning.

Isseneru is an indigenous community located in the Cuyuni-Mazaruni region of Guyana, approximately sixteen miles west of Kurupung. Composed mainly of Akawaio indigenous people, Isseneru lies at the heart of gold-mining country, known locally as “the gold bush”.

Isseneru Village Council (IVC) first filed a domestic legal case against mining operators working within ancestral lands back in 2007. Previous rulings stated that Isseneru had no jurisdiction over this territory. Guyana’s High Court ruled that third parties operating in the area, for instance Platinum Mining Inc. and other mining groups, had purchased licenses prior to Isseneru obtaining title in 2007 and the coming into operation of the Amerindian Act of 2006, Guyana’s primary legislation on indigenous matters. Thus, the Court held that village councils had no authority to stop operations and no means of protecting their land. Appeals to the Court of Appeal were postponed indefinitely in 2009 due to the failure of the High Court judge to submit written reasons for their decision and this still has not been heard today. 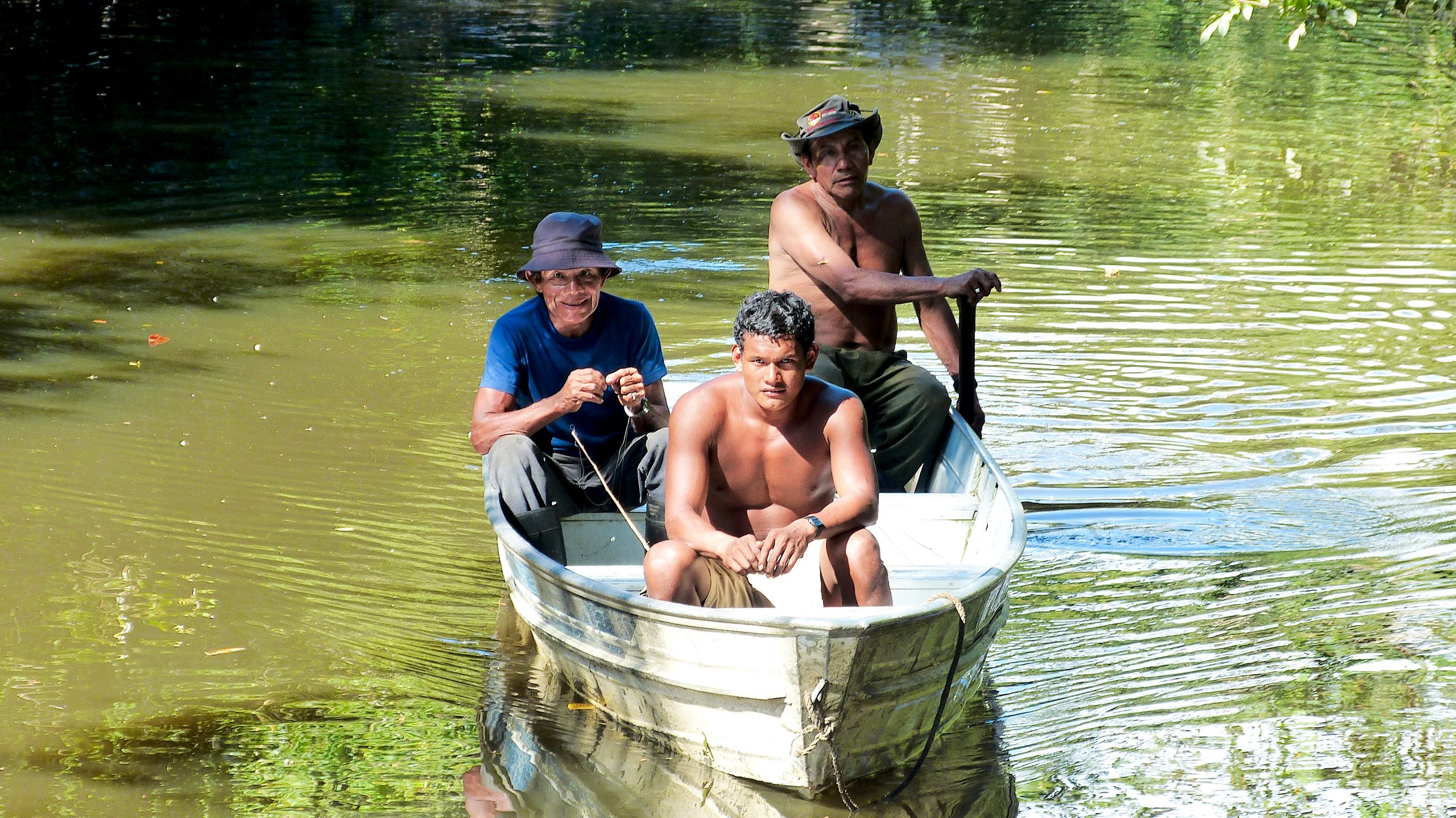 After filing a petition in 2013 to the Inter-American Commission of Human Rights (IACHR), an autonomous organ of the Organization of American States (OAS) based in Washington DC, the case has been reviewed.

The case of Isseneru vs Guyana is historic. As reported in the local press, IACHR has ruled that Guyana is responsible for at least sixteen violations of the rights of the community and its members, as a result of which Guyanese law will have to be amended.

In its April 20 letter to the Guyanese Minister of Foreign Affairs, IACHR gave Guyana two months to provide information on how it intends to comply with the decision. The Commission has concluded that the state failed to grant community titles over ancestral lands, that equality of law was violated, and that mining concessions were granted without consultation from village representatives. The Commission also concluded that the right to health, food, water, as well as the rights of children and mothers, had been violated.

Former IVC member Claudette Foo says that the role played by women in this landmark legal victory is key. “I am overwhelmed…” she explains. “In our community women work hard to support the life of the village, and we expect the government to respect our rights, to stop discrimination.”

Dhaness Larson is IVC’s Community Leader. He told Tenure Facility: “We have an internal inventory of all our resources… water, fish, medicines… which are passed from generation to generation. What happens when third parties come to our lands, especially miners and loggers, is that these inventories get smaller, our world gets smaller and smaller as time goes by, and our connection is lost. This ruling is a first step toward keeping our world alive”.

“We feel relief” adds Lewis, Dhaness’s brother. “But I am not yet satisfied with the government’s steps to resolve this problem on the ground. What we want is for the government to uphold its obligations in line with international standards.” 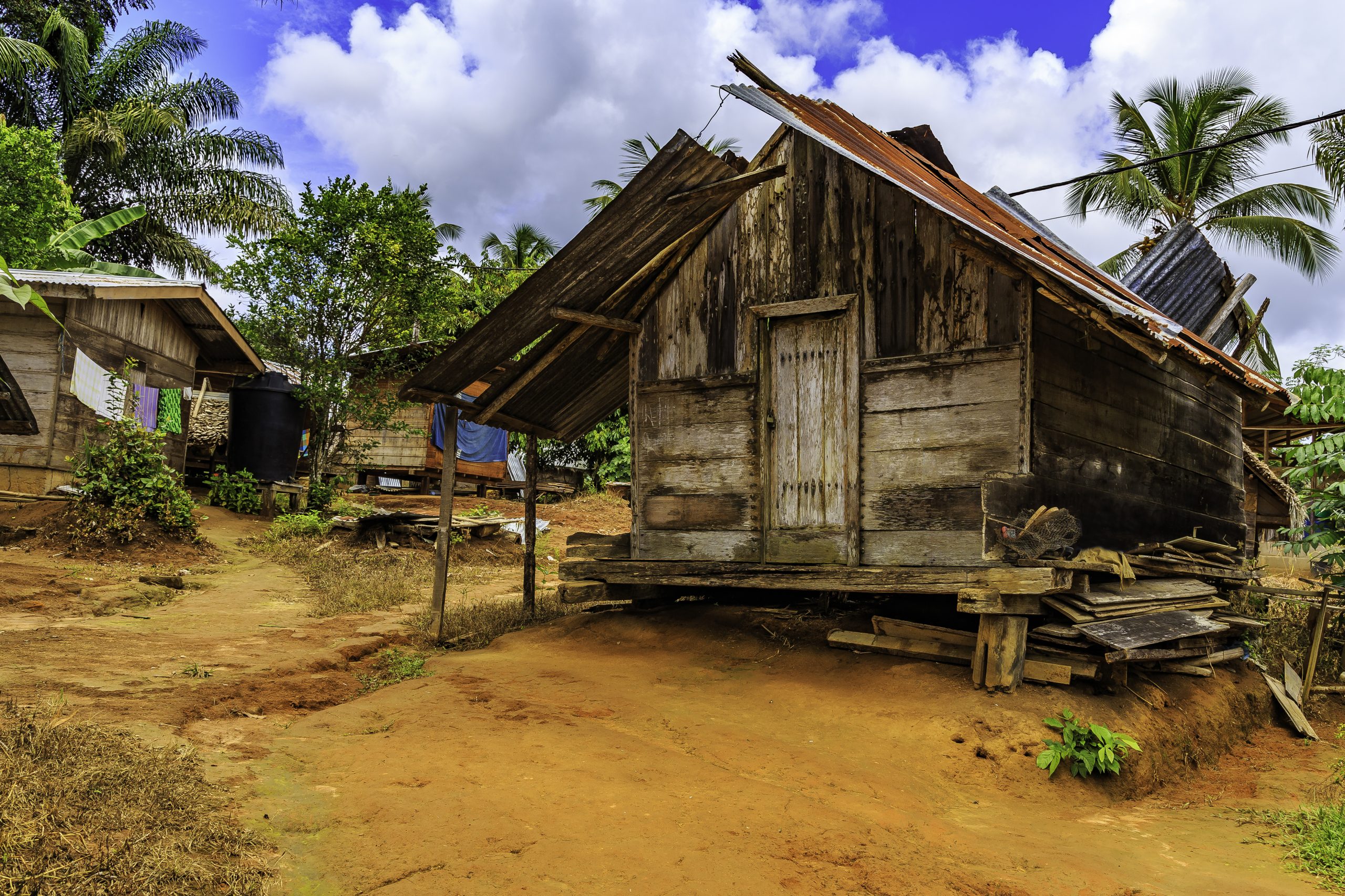 Toshao Larson, a community elder, clarifies that one of the next steps is to amend the Amerindian Act. “We want government to consider constitutional amendment as the highest priority,” Toshao adds. “We want the world to know that laws in countries like ours need to be consistent with international law.” The Amerindian act currently does not offer adequate protection with regards to the ownership of land, territories, and resources of Indigenous Peoples. The Akawaio seek to redress this following the historic ruling.

IAHCR’s decision could lead to changes in Guyanese legislation, inspiring a broader movement of land reclamation, as another eight Akawaio communities located in the Upper Mazaruni continue to make their own demands heard. Although the implementation of IACHR’s recommendations is yet to be discussed with government officials, and the nature of reparations is unclear, the ruling could mark a watershed for indigenous land rights throughout Guyana, and internationally.

“If we are fighting in court” Dhaness sums up, “it is because we want to show the government that the damage caused by third parties is inter-generational. Third parties are breaking the bond that allows us to pass knowledge from one generation to another, which destroys our very fabric of life. We need to stop that damage.”

Representing the youth of Isseneru is Igor Semple. He points out: “This ruling is a gesture of respect. We want a life of dignity, where the government does not interrupt our way of living; does not allow third parties to interrupt our life; does not give third parties priority over indigenous ancestral lands; and where the government sees indigenous people as an example of how to properly maintain and sustain healthy forests.”

For many people in Isseneru, this ruling represents a lot more than a legal victory. It represents justice. “While the land is fertile,” the former Toshao ends, “we are free. For that I love my village, and for that we seek justice.” If the Guyanese government upholds this historic ruling, then the children of Isseneru will be able to play freely in the river, and the women will finally be able to collect water from the riverbanks without fear.