Stories Articles With 2021 a qualified success for Indigenous Peoples, what about 2022?

With 2021 a qualified success for Indigenous Peoples, what about 2022?

The voices of Indigenous Peoples remained consistent and steadfast in 2021, despite the situation in the forest frontiers not easing up from the previous year’s pandemic-triggered rollbacks on rights. They expanded their abilities throughout the year to reach broader audiences, linking strong forest protection with secure land rights to combating climate change.

Along with this, however, multiple challenges remain for 2022 and beyond. These range from ensuring  traditional communities are equipped to oppose forest, environmental and biodiversity protection laws that bar them from accessing their lands in the rush to protect forests, to dealing with the right set of ‘incentives’ or benefits, including those from advancing modern financial technology.

Fresh from the COP26 climate change conference in Glasgow, Tenure Facility Executive Director Nonette Royo* gives her thoughts here on what has been achieved and what is to come. 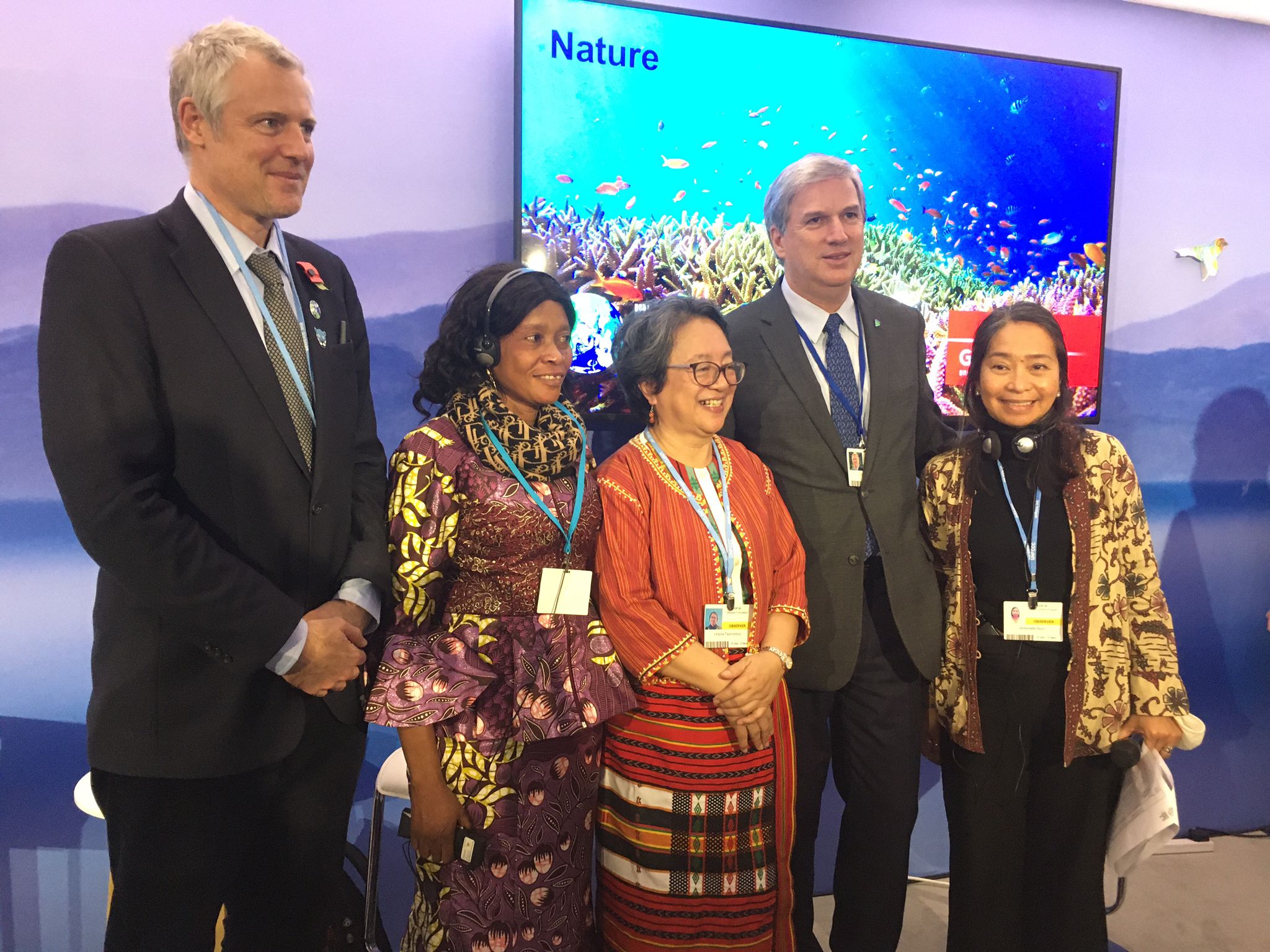 Tenure Facility: Looking around you, how do things stand regarding Indigenous Peoples? Was 2021 a good, bad or indifferent year?

Nonette Royo: I will take a stand by saying  good — a very, very qualified good. One thing that became very clear at the COP was that Indigenous Peoples’ voices describing very concrete actions, backed up by evidence, to protect their forests, were very prominent. And it was not just them talking about themselves. It was also the institutions, the host (the UK government), the agencies, people and institutions that have been channelling funding such as World Bank, the Asian Development Bank, the conservation organisations. They’re all talking seriously about integrating land rights of Indigenous Peoples.

TF: Five countries — UK, Germany, Norway, USA and the Netherlands — and a long line of foundations pledged $1.7 billion to support forest tenure rights over five years. A good move, certainly, but why only five countries? No France, no Canada, no Japan, for example.

NR: I was a bit disappointed as to the number of governments who joined, although of course those who did are quite influential. But the message of this pledge was clear that it was about land rights to protect forests, for forest guardians who have a key role in combatting climate change. It was significant because funding for securing Indigenous Peoples’  land rights has been very small (a recent Rainforest Foundation Norway study showed that over the past 10 years less than 1% of overseas development aid for environment and climate has been targeted at traditional communities).  So, this pledge was a very specific and resounding message. It used to be so difficult to get these five governments together to say they support land rights for Indigenous Peoples, much less to commit their funds. This is a big change. But note that the other governments also tackled this commitment to funding during the COP, with a more general reference to Indigenous Peoples rights.

TF: You are referring to the $12 billion pledge by the summit as a whole for combatting climate change (some of which will be designated for Indigenous Peoples’ role in protecting the environment)?

NR: Yes. That particular announcement  had more countries pledging to specific projects they are familiar with. By the end, I think it was over 130 countries. That is sort of safer space for many of these countries to take. It created a lot of interest and raised a lot of questions.  It had, for example, the Indonesian president (Joko Widodo) speaking for the first time in a world forum about his country’s commitment to forest protection and the role of Indigenous Peoples, and using that term. He would normally use “customary communities”. It’s a political term that they never use officially in Indonesia.

TF: You said your positivity about 2021 was a “very, very qualified”. What concerns you?

NR: Well, the system that enables these funds to be channelled will be the same system that most development assistance programmes use — the official development assistance of governments — and that system carries with it very strong limitations. It uses a very highly ‘Western’ worldview of accountability. It is fast, written, logical, often top down, punitive, creating a prominent gap in understanding and/or accommodating what could be more effective on the ground, where things are often slow, oral, iterative and circular, transformative. Governments or the multilateral development agencies implement these standards, but the translation at local level remain problematic. Indigenous Peoples are still set to fail.  Is it possible to adapt? What if these new funds were linked to another worldview, using adaptive, tailored systems of accountability? Would results be more efficient, effective, and lower cost?

TF: Looking ahead to 2022 now, we have the face-to-face portion of the latest UN Biodiversity Conference  (in Kunming, China, from April 25 to May 8). What role will Indigenous Peoples have there?

NR: There has already been the report of the IPBES (a preliminary intergovernmental preparation) that conducted assessments and there is a strong set of activities that Indigenous Peoples had already positioned themselves to do and to speak about, including the need to protect their rights. Our partners will have a larger space to speak about how they’re managing protected areas.

TF: One of the goals of the conference is the so-called 30×30 strategy to conserve 30 percent of the world’s land for biodiversity by 2030. You see some problems with this when it comes to Indigenous Peoples?

NR: It will create and expand protected areas, and we are still unsure how it will respect and securing Indigenous Peoples’ rights. Currently protected areas already have not done that. Activities and access to land, territories, resources that remain key to their survival, traditions, culture and spirituality can be illegalised. What are the safeguards?  How will this be different, so it is more inclusive and equity based? A huge part of Tenure Facility granting (for ensuring Indigenous land rights) is actually in places where there’s an overlap between protected areas, nature reserves, other sort of other conservation priorities, watersheds, etc.

NR: There are still so many actors in this field that are doing work in silos. The big challenge here is how to meaningfully work together, build capacity, take advantage of rights-based approaches and networks, of others out there who are different, but keen to help, so as not repeat the same old mistakes. Admitting mistakes, is better than sticking to ‘group’ hard-line positions. There’s also advances in technology — blockchain, tokens — payments that are being channelled more and more through systems that Indigenous communities are not  familiar with, but that makes sense for investors in land rights, conservation, and carbon capture.

TF: In a nutshell?

NR: We must show that Indigenous land tenure gained is not lost to biodiversity and conservation, but enhances its realisation, and continues to not only benefit Indigenous communities, but also the natural and cultural landscape that they’re protecting.