Hi-tech helps secure tenure, but what about data protection?

There is a certain irony in contemporary efforts by Indigenous Peoples to secure their land rights – what has been theirs for centuries, or even millennia, is being codified using the most modern of modern technology.

Whether it is employing satellite data, drone images, and tablet-enabled ground surveys to map boundaries in India, or traipsing through Panamanian forests with cameras, hard drives and memory sticks, tech is increasingly being used in campaigns for land tenure.

Tech, according to speakers at a July 7th  Land Dialogues webinar — sponsored by the Tenure Facility, Land Portal, and Ford and Thomson Reuters foundations — can throw open indigenous or traditional communities’ rights for all to see.

“Technology…has the power to be a democratiser,” said panellist Frank Pichel, chief programmes officer at Cadasta, a global land technology and services platform.

“It certainly has the power to really promote transparency,” he said. “And for me, transparency in the systems, the processes, and really the rights around land, would be the single biggest deterrent to land grabs.”

Essentially, being able to delineate and then monitor lands allows local communities to know when unauthorised entities such as illegal mining and timber concerns have entered their territory.

In a similar vein, Harold Liversage, lead technical specialist in land tenure for the International Fund for Agricultural Development (IFAD), spoke of broad levelling-up benefits to be gleaned from technology.

“We are covering all dimensions of tenure from collective or group rights to individual and familial rights,” he told the webinar. “And we are also exploring tools for securing women’s land rights, improving youth access to land, etc.

“We think our geotech initiatives are potentially a very powerful tool for forging partnerships at community and project levels.” 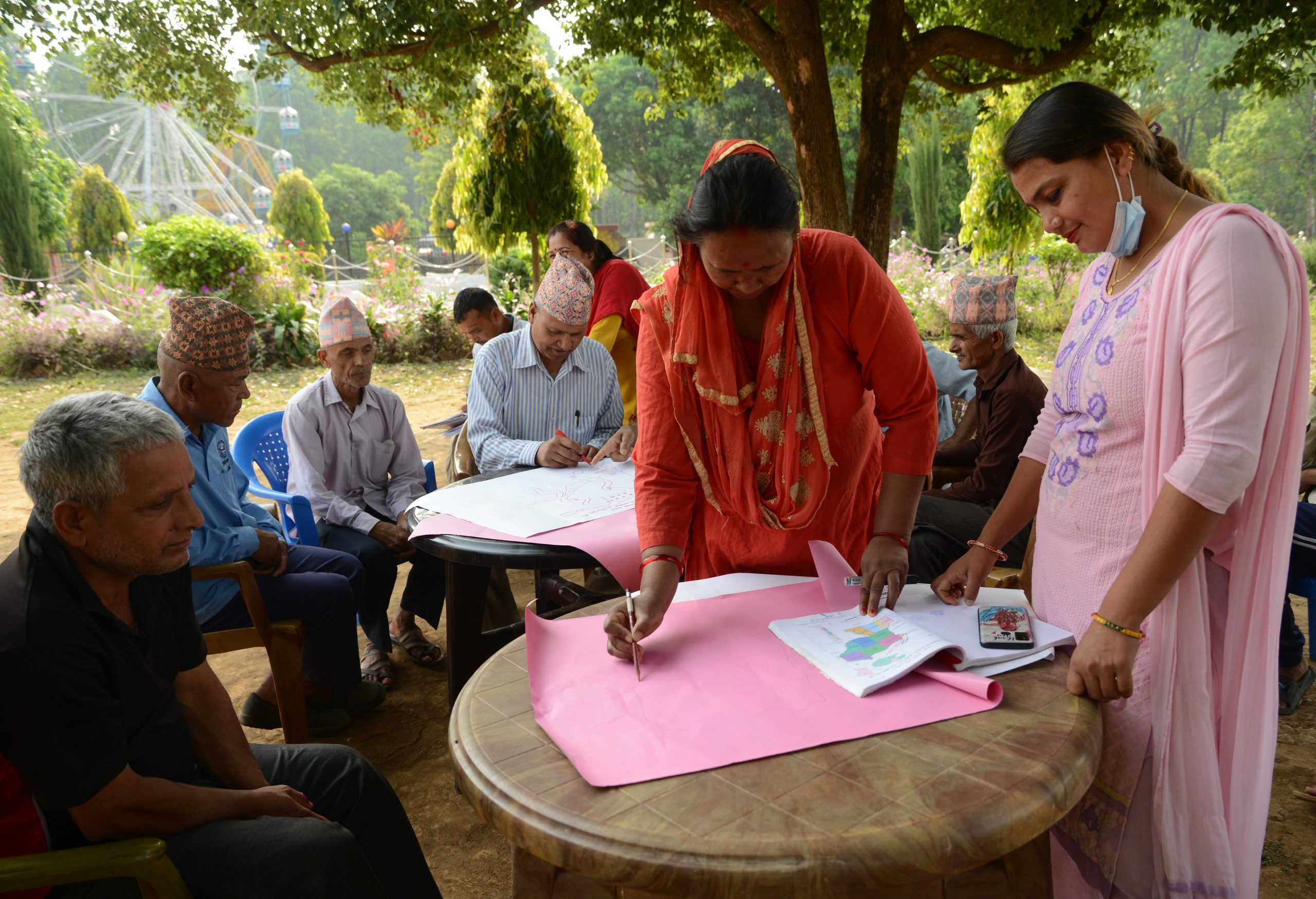 But while there is a consensus that new forms of technology can be used by and for Indigenous Peoples and local communities to secure rights, there are also challenges and even dangers in tech that need to be overcome.

A key element is data protection – what can be used by local people can also be used by those who do not necessarily have their best interests at heart.

Elicio Quintero, a technical consultant for the UN Food and Agriculture Organization who works in Panama with COONAPIP, a national network of Indigenous Peoples, said that data collected using modern tech belonged to the traditional communities themselves and not a wider audience.

“The most important things that we can do as indigenous communities is to be allowed to administer our own resources and data,” he said. “We cannot share any sensitive information.”

Quintero suggested that making certain things public could make them vulnerable. For example, transparency could announce the presence of natural resources and ancestral or archaeological sites.

Despite this, COONAPIP has developed a small database for use by policymakers, and Quintero also saw some benefit from sharing data on how much deforestation had taken place.

IFAD’s Liversage agreed that data ownership was at the heart of making sure that all that was gathered was for the good and not for exploitation.

“The key is about how Indigenous Peoples and local communities have control over the sharing and use of their data. It is their data,” he said, adding that it all had to be gathered with the buy-in of the communities.

“As a guiding set of principles and practices, the starting point is the principle of free prior and informed consent and enabling local communities themselves to decide on what data should be made available,” he said.

In other words, ask first.

The lack of uniform, global rules for data management also adds to the difficulty – that and the tendency for technology to develop faster than any regulation designed to control it.

Beyond data management, of course, is the challenge of using a wide array of modern technology in culturally diverse and remote areas.

It was another argument for gaining prior and informed consent for the use of tech. But it also suggested that talk of using artificial intelligence, Blockchain and other new burgeoning technologies may be putting the cart before the horse.

“Let us not lose sight of of the simpler, more basic technologies that really can do the job and are cheaper, affordable and easier,” Liversage said.

The EU is moving towards regulation that will require companies to respect the rights of Indigenous Peoples in their value chains, helping curb forest loss

As reported in the local press, IACHR has ruled that Guyana is responsible for at least sixteen violations of the rights of the community and its members.

Hi-tech helps secure tenure, but what about data protection?

Communities are increasingly integrating digital tools into their efforts to secure their ancestral territories. The last Land Dialogues webinar addressed the benefits and issues involved in digitising tenure.

This webinar addressed the aftermath of the COP26 meeting and, in particularly, the $1.7 billion pledged by several wealthy countries and foundations for Indigenous Peoples.

This webinar addressed the aftermath of the COP26 meeting and, in particularly, the $1.7 billion pledged by several wealthy countries and foundations for Indigenous Peoples.

Sônia Guajajara has been voted as one of the Time 100 most influential people of 2022 for being a pioneer in defending Indigenous Peoples and local communities land rights, while also protecting the Brazilian Amazon rainforest.
Show More