Stories Articles Glimmers amidst the gloom: India’s village assemblies show resilience in the face of COVID-19

Glimmers amidst the gloom: India’s village assemblies show resilience in the face of COVID-19

As the coronavirus pandemic locked down the cities, small towns and remote areas of India, the shockwaves rippled far and wide, and threatened to engulf millions of people. Factories and farm work boarded up and jobs vanished overnight, leaving migrant workers — many of them belonging to India’s indigenous communities, known as Adivasis, and Other Traditional Forest Dwellers (OTFD) including pastoralist, nomadic and Dalit communities — with no way to sustain themselves.

Many had no option but to embark on a long reverse migration, sometimes on foot, trudging masses carrying little but the clothes on their backs and the looming threat of deadly infection. All they wanted was to reach home, and feel secure in the company of their loved ones. The villages they returned to were themselves experiencing the economic and social fallout as shutdowns saw local markets close, transportation and supply interrupted and the demand for forest and farm produce collapse. Moreover, for many of them, access to forests in their home districts was severely complicated, either due to lack of recognition of their rights, or because of government restrictions imposed as part of the lockdown.

Historically oppressed and marginalised communities had already been stretched towards breaking point. Meanwhile the central government, like many around the world, has struggled to manage a crisis of this scale – leading to limited data collection on the impact of the COVID lockdown on the food security and livelihoods of Adivasi and forest dwellers, and little in the way of emergency compensation. Meanwhile the pandemic has raged: by mid-December, India had nearly 10 million infections and 143,000 deaths.

At the same time, our studies into the impact of the pandemic on Adivasi communities have unearthed some real flashes of light amidst the gloom; examples of tenacity which not only speak to the resilience of rural communities, but specifically highlight the vital importance of supporting these communities to achieve secure tenure over their lands, and the ability to govern themselves. This pandemic has been the ultimate stress test, one in which centralised policies have sometimes fallen far short, but local responses have in places shown impressive results.

"The study depicts grass-roots governance of common land and resources as an effective way for communities to take some control over their own destinies, particularly during a moment of crisis" 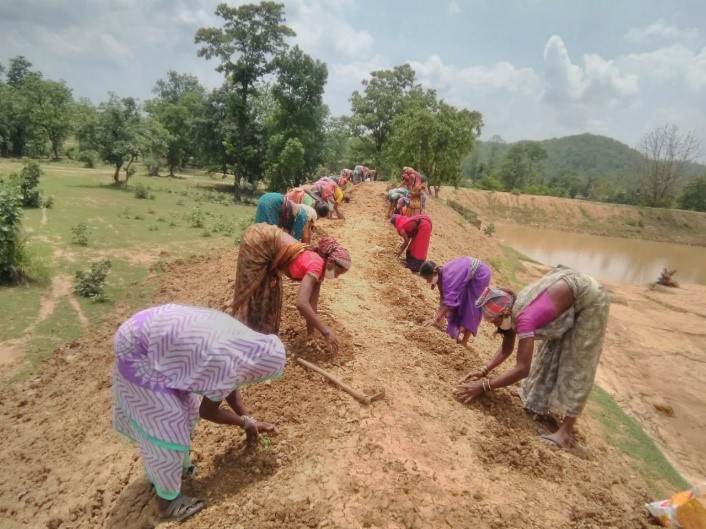 For decades, successive governments have failed to recognise the rights of Adivasi communities, whilst powerful corporations and big businesses have seized their lands and resources, destroying the forests on which they depend. Unsurprisingly Adivasi communities have remained mired in poverty.

Since 2006, the Forest Rights Act, a historic legislation that was enacted after prolonged grassroots pressure, has offered a unique possibility for Adivasi and OTFD communities. This act works to overturn generations of injustice by protecting both individual and collective rights to forests and their resources, promising conservation, rural livelihoods and food security for 150 million forest dependent people living in 170,000 villages covering of 32 million hectares. At the heart of this devolution of rights and governance towards rural populations is the Gram Sabha, the village assembly which was envisioned to be the primary unit of self-governance.

Despite this great potential, in reality only around 3% of all possible collective claims have been recognised, progress stunted by a combination of weak capacity at local level and a reluctance by the state authorities, particularly the forest authorities, to relinquish their influence.

In these circumstances, it is empowered Gram Sabhas that have stepped up to mount an effective community-based response: the village assembly in Ambagarh chowki, Chhattisgarh state, ensured food security for all families, providing free meals for the most marginalised. “Due to the high number of migrant workers returning home, quarantine facilities were made in the district and food was provided to the workers,” Keshav Gurnule a member of a local community support organisation, reported. Access to forest resources was shared between communities, fish ponds created to offer food and jobs, and distribution of everything from food to herbal medicines organised to reach all families, whilst minimising the risk of infection.

In Baripada village in Dhule District, Maharashtra state, the Gram Sabha has been managing and governing resources for several years, including storing excess food grains. They also established a not-for-profit Adivasi agricultural company, the first of its kind in Maharashtra.  Consequently, even during the lockdown, when many other districts had food security issues, everyone in Baripadahad enough to eat.  “For people in cities, development may be a big building, a four-wheeler or a big tv screen. For us in Adivasi rural areas it is land, forests, agriculture, livestock and food security. And most importantly, self-governance”, said Chaitram Pawar, a social worker and community member.

These and other accounts have been collected in a report by Community Forest Rights – Learning and Advocacy (CFR-LA) whose work is centred on research and advocacy for forest rights) and Vikalp Sangam (who work on documenting and public awareness on socio-ecological alternatives)  — entitled Community Forest Rights and the Pandemic: Gram Sabhas Lead the Way. The study highlights both the successes and challenges faced by Gram Sabhas, which have provided local solutions to the pandemic while in some cases still struggling to address capacity and governance shortfalls. With case studies from seven states of India, the study depicts grass-roots governance of common land and resources as an effective way for communities to take some control over their own destinies, particularly during a moment of crisis. The report also shows a clear correlation between the length of time communities have had to empower their Gram Sabhas and the effectiveness of their response, reinforcing the point that building resilience and capacity takes time.

"While India’s indigenous and forest-dwelling populations continue to be marginalised, the political discourse around the issue of forest rights has gained momentum in the last few years " 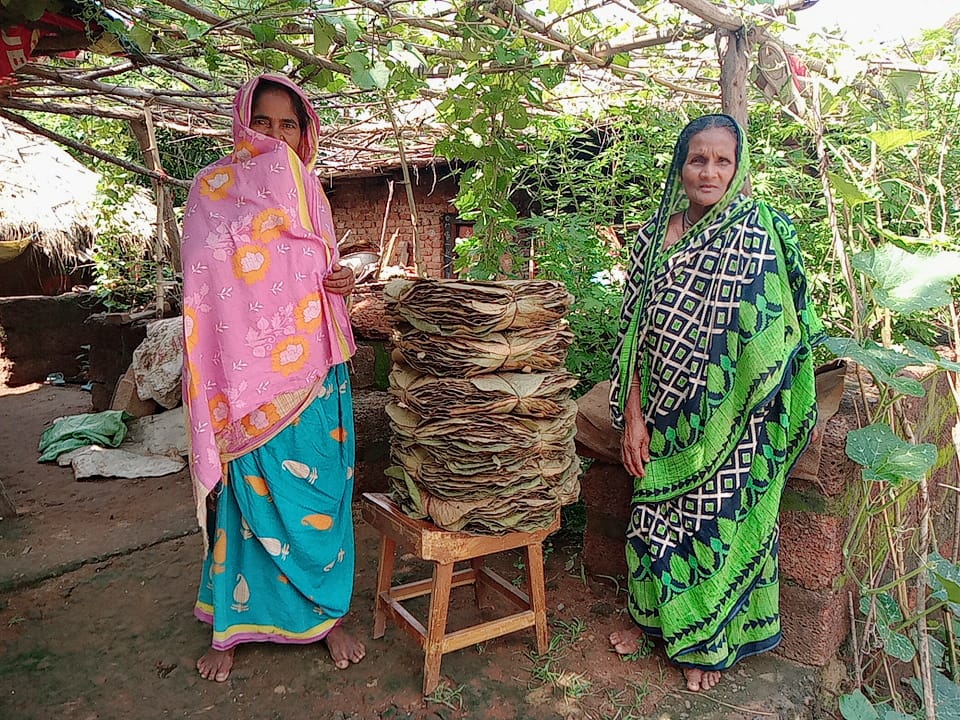 Given the general lack of credible data collected during the pandemic in India, this report with all its limitations is an attempt to bring into focus the challenges faced and actions taken by communities which have borne the brunt of the pandemic. The stories and data from this report highlight the importance of further in-depth research about the immense value of democratising forest governance in India.  Secure tenure and legal empowerment successfully strengthened the resilience of Adivasi and other traditional forest communities, some of whom seem to have addressed pandemic-related challenges much better than national and state governments, tackling issues of hunger, malnutrition, mental and physical health, employment and equity, among others.

Implementation of rights-based legislation in India such as the Forest Rights Act (2006) and Panchayat Extension to Scheduled Areas Act (1996) has been extremely poor and lacks political will.  While India’s indigenous and forest-dwelling populations continue to be marginalised, the political discourse around the issue of forest rights has gained momentum in the last few years, as has been seen in state legislative elections in recent years. A demonstrated success of Gram Sabhas, whose rights under these laws were recognised or who have de facto empowered themselves, in managing the COVID-19 response could add to this momentum. This research offers an argument that empowering Adivasi and forest dwellers by recognising their land and forest rights makes them more resilient, less dependent on state or other outside actors and takes them a step closer to addressing the historical injustice that they have faced due to non-recognition of their customary rights. 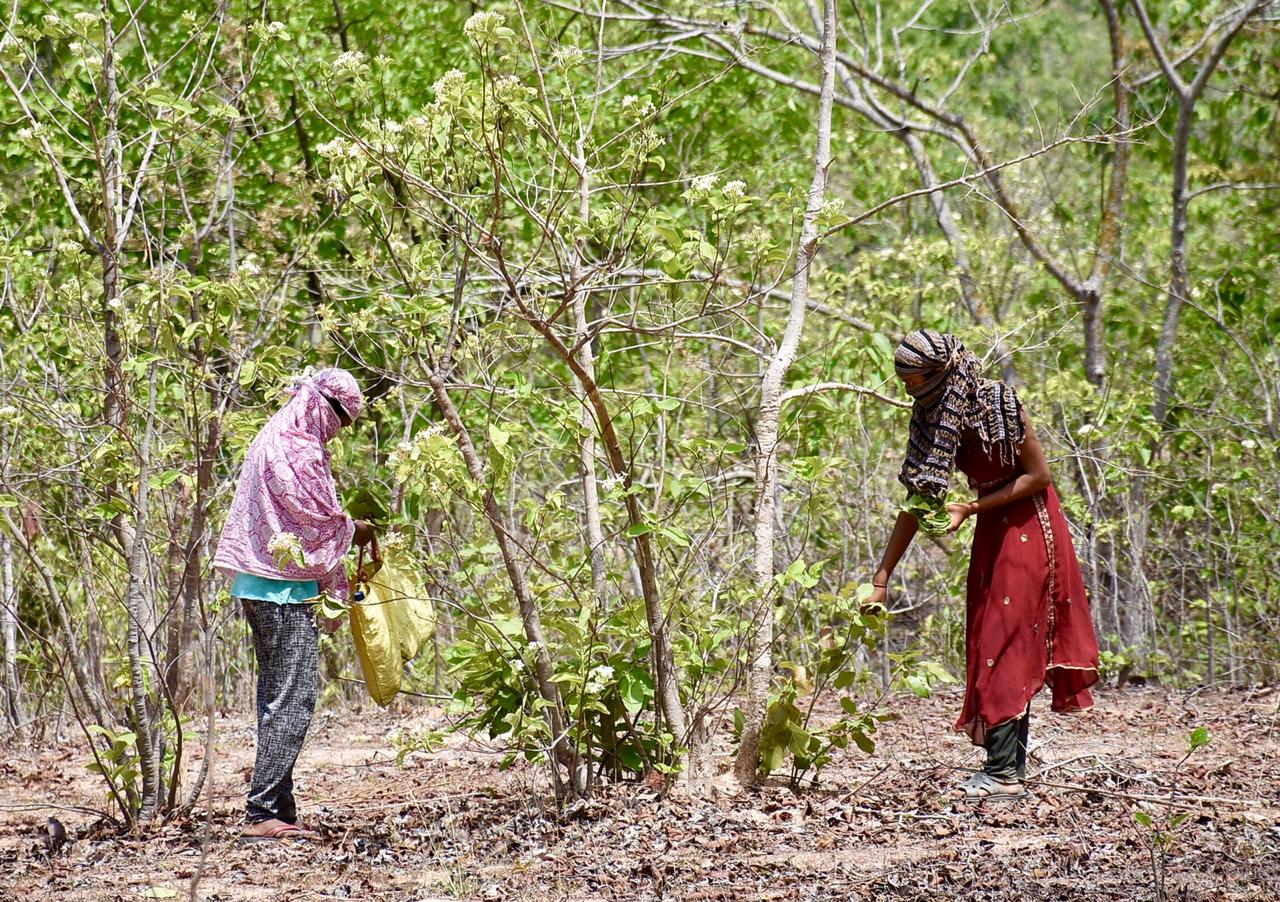 The authors are part of an ongoing assessment on the impact of Covid-19 on Adivasi and forest dwelling communities.

Aditi Pinto is a writer, facilitator and organizer working on issues of food sovereignty, forest rights, and reproductive justice. She is dedicated to building grassroots processes of direct education and creative expression.

Sushmita is a researcher, journalist and a multi-media artist and photographer. She has been working on issues related to rights of indigenous people, climate change, violence against women, governance and more. She’s also part of the land conflict watch network. She can be reached at @sushmitav1 (twitter) or sushmitaw@protonmail.com (mail)

Tushar Dash is a researcher working on forest rights and governance issues in India. He is associated with national initiatives by organizations working with tribal and forest dwelling communities and has been actively involved in research and advocacy work on the implementation of the Forest Rights Act.