Stories Articles Giving is one thing, getting it to Indigenous Peoples is another

With direct funds designated for Indigenous Peoples to protect their lands beginning to flow, there is an urgent need for donors to make sure it goes to the right places and is effectively used.

This means both ensuring that Indigenous Peoples themselves have a say in how the money is spent and that, when necessary, they get the support needed to handle the unprecedented influx of funds for which they may not be prepared.

It is a matter of control and capacity, attendees at the latest Land Dialogues webinar – “Post COP27: Reflecting on Donor Promises to Forest Guardians” – were told on December 1.

Hosted by the Tenure Facility, Land Portal, and Ford and Thomson Reuters foundations, the webinar was organised to look at what was happening to the $1.7 billion pledged by various donors for Indigenous Peoples at the COP 26 climate conference in Glasgow last year.

The results are mixed. Although some 19 percent of the money was allocated in 2021 – about right for a five-year programme – only about 7 percent of that money went directly to Indigenous Peoples themselves rather than to NGOs. 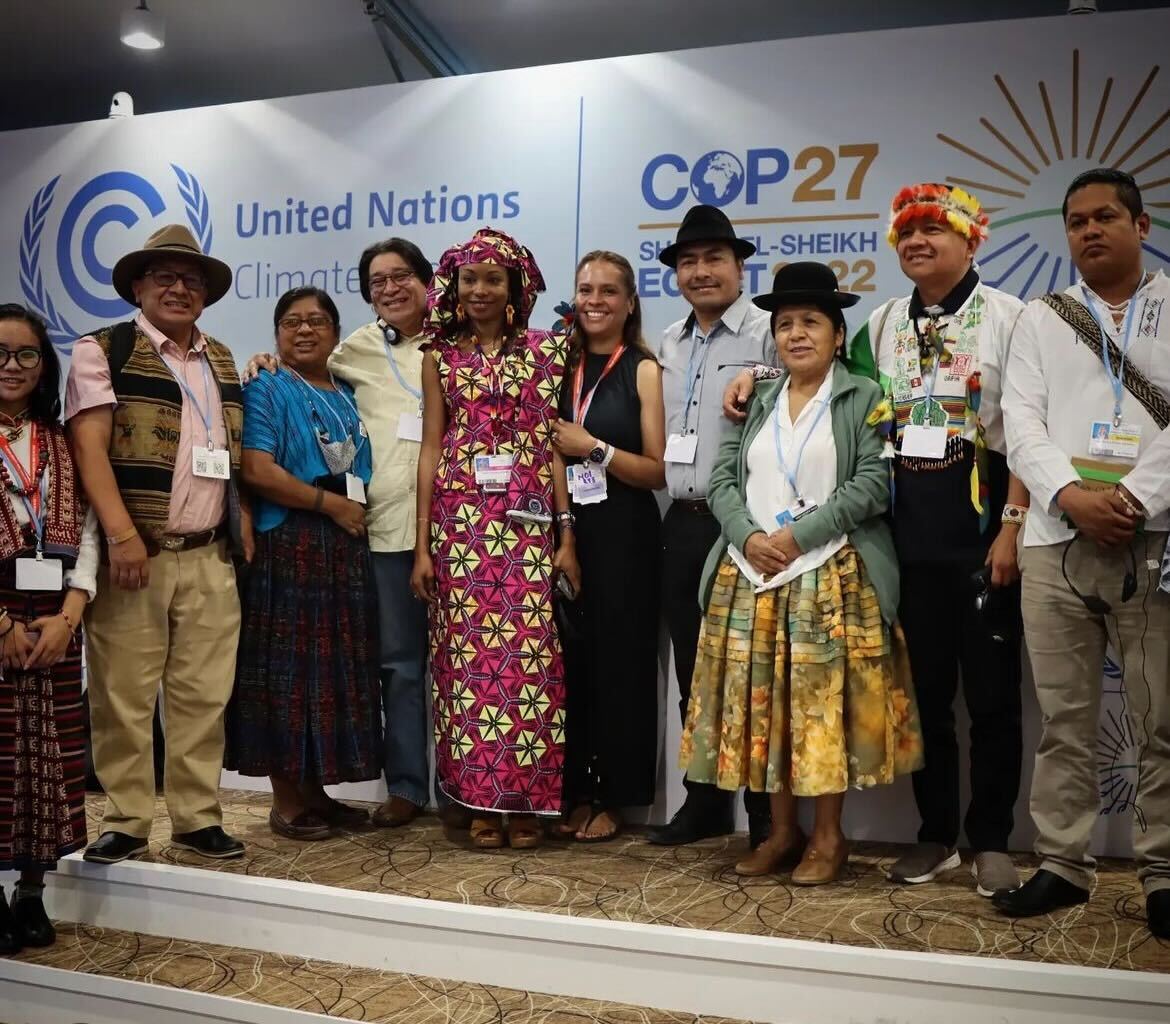 That is problematic for Indigenous Peoples who guard and monitor their own land and argue that they know best in how to protect it. In essence, they are best placed to decide where the money should go and for what.

“We are not just beneficiaries, we are partners,” said Juan Carlos Jintiach, Executive Secretary to the Global Alliance of Territorial Communities and senior advisor on international affairs to the Coordinator of Indigenous Organizations of the Amazon Basin, COICA.

“The solution for this (environmental) crisis is with us, the solution is with Indigenous Peoples,” Jintiach, a member of the Shuar people in Ecuador, said.

She added, however, that the 7 percent was an improvement on the 1 percent of direct climate funding to Indigenous Peoples between 2011 and 2020 cited in a report by Rainforest Foundation Norway. 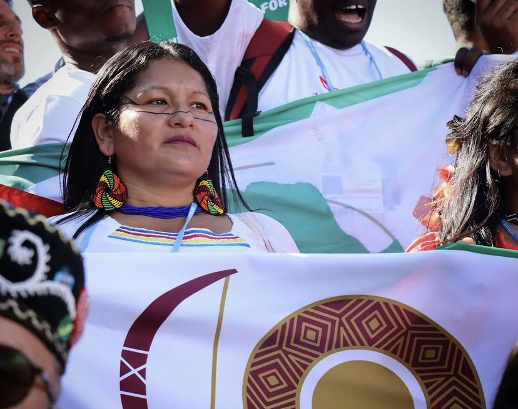 There are various challenges to getting money for forest protection directly into the hands of indigenous guardians. One of these is the difference in culture between many traditional communities and large-scale international donors.

The latter are directed by transparency rules that require sometimes huge amounts of reporting and paperwork, something that indigenous recipients may not be set up to handle. The amount of money at issue may also be overwhelming at the local level.

“It’s important to underscore that investment in Indigenous Peoples’ capacities to administer … this kind of funding is critical,” Cristina Coc, a Mayan leader and activist from Belize, said, adding that there was also a need within this to strengthen indigenous governance institutions.

Casey Box, director of global strategy at The Christensen Fund, one of the donors, noted, however, that it was a two-way street.

“All too often we talk about capacity on one end, which is usually Indigenous Peoples and local communities, when we need to address the capacity of donors,” he said. “It’s time that we as donors really challenge ourselves.”

An equally difficult challenge to getting funding directly to Indigenous Peoples, meanwhile, is how. It’s not a case of just showing up in the Amazon, say, with a cheque. 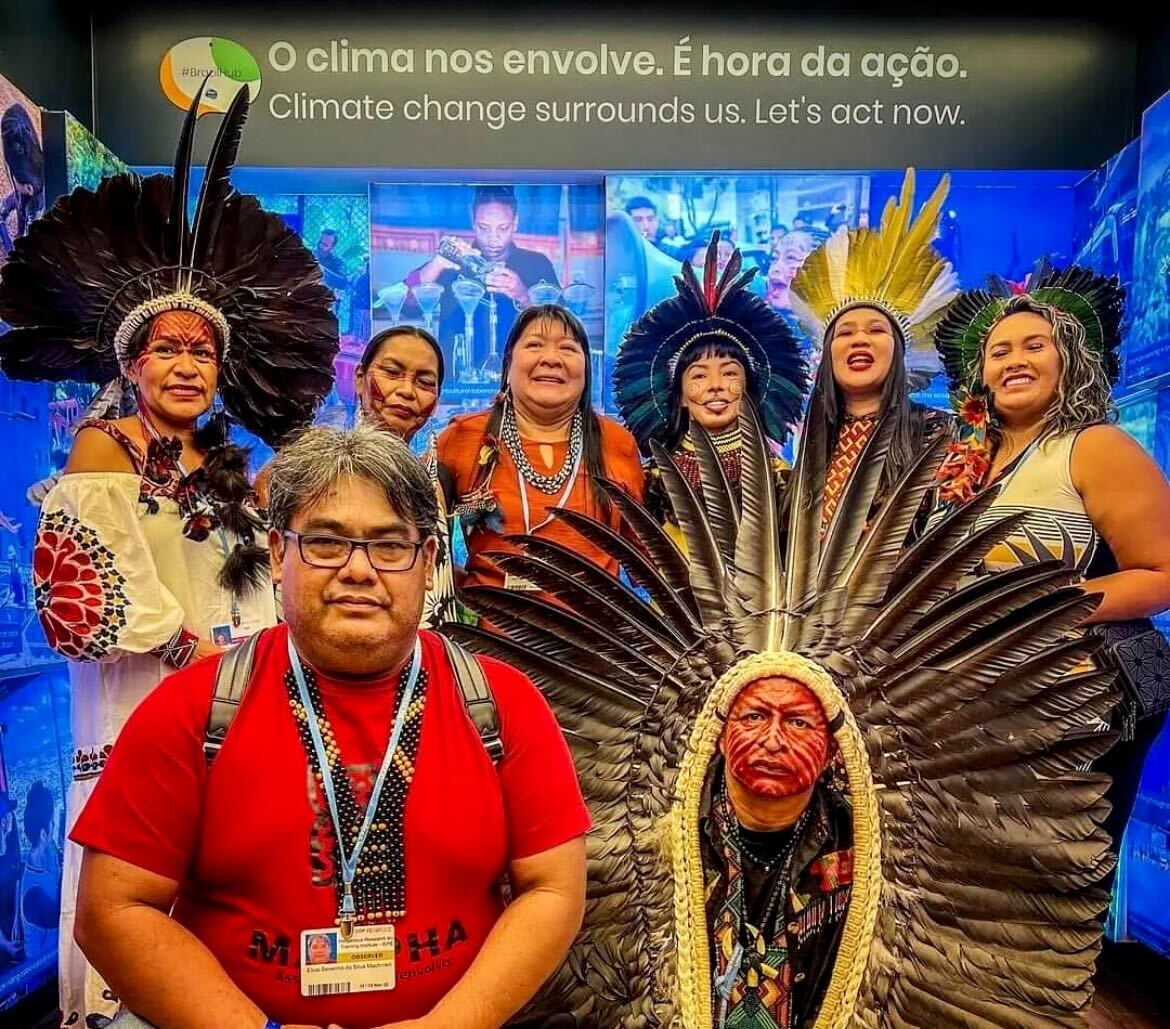 A few practical solutions to this were mooted at the Land Dialogues webinar.

It was suggested, for example, that so-called intermediaries – specialist groups such as the Tenure Facility, which has close existing relationships with Indigenous Peoples – were more likely to get the money where it was needed than broader organisations.

At the same time, both COICA’s Jintiach and Toya Manchineri, an indigenous coordinator for advocacy group Articulação dos Povos Indígenas do Brasil, outlined systems being set up by indigenous groups to meet the challenge.

In Manchineri’s case, it was Podaali a fund built and run by Indigenous Peoples in Brazil to gather and distribute funds locally.

“We follow the projects to give them orientation, how to give guidelines, how to do accounting and reports,” he said, adding that the fund had around $40,000 and was mainly directed by women.

Jintiach addressed a similar but broader system, the Shandia mechanism launched by Indigenous Peoples at COP 26 in Glasgow last year. It is a global system of direct community finance that seeks to distribute the climate funds through regional groups, for example via Central America’s Fondo Territorial Mesoamericano (FTM).

“The Shandia mechanism is a political framework. It’s the space to channel these funds directly,” Jintiach said.

FTM showed how it could work. In September, it said a pilot project had reached 16,952 people from 228 communities.