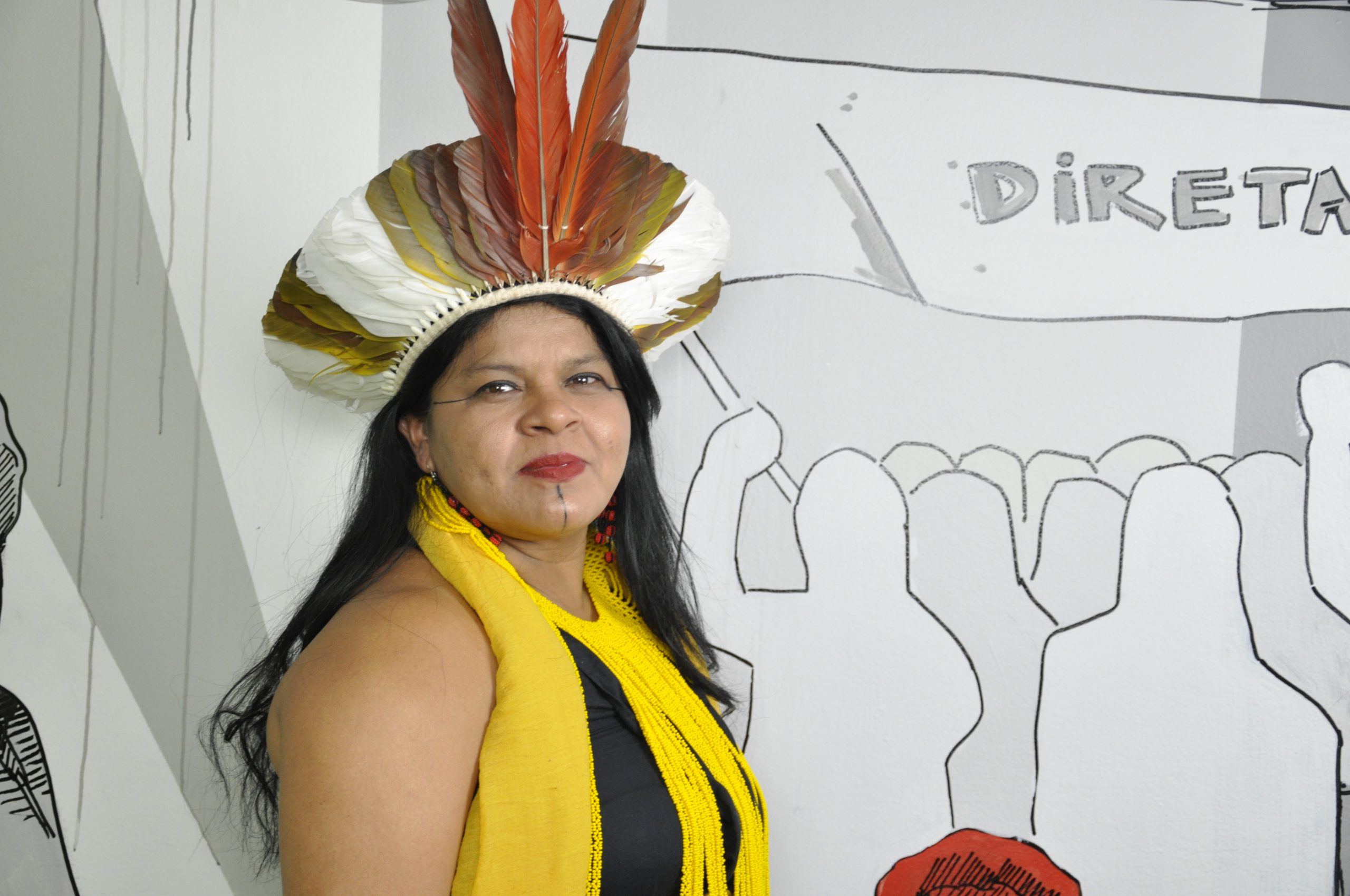 From an early age, Sônia Guajajara has been fighting against the forces that have been trying to displace her community’s deep rooted culture and heritage from their territories for over 500 years. She has recently been voted as one of the Time 100 most influential people of 2022 for being a pioneer in defending Indigenous Peoples and local communities land rights.

In 2018, Sônia became the first Indigenous woman to appear on a presidential ticket in Brazil. Today, as executive coordinator of the Articulation of Indigenous Peoples of Brazil, Sônia Guajajara is on the front line of the struggle to defend Indigenous lands, as well as the Amazon rainforest.

Sônia’s work ranges from attending global environmental conferences, for example COP26, which created a $1.7 billion fund for Indigenous peoples and local communities recognizing their essential work protecting land and forests. More recently, Sônia led thousands-strong protests, bringing together hundreds of Indigenous groups, which have helped to stall anti-Indigenous legislation. She has also brought national attention to protecting Indigenous rights during the COVID-19 pandemic. Sônia is an inspiration for Indigenous groups worldwide, and for millions of Brazilians who dream of a country that welcomes a future of equality and justice.