Stories Articles “It is not enough to secure land rights on paper— government needs to certify and support practical implementation of Indigenous land rights on the ground.”

A member of the Ngäbe peoples, the largest indigenous group in Panama, Eliceo Quintero is a highly respected and skilled technician who specialises in the application of remote sensing technologies and monitoring systems for indigenous land management. A member of the National Coordinating Entity of Indigenous Peoples of Panama (COONAPIP) Quintero also founded Geo Indigena, a technology and data management service that provides bespoke solutions using Geographic Information Systems (GIS) for territorial security, forest management and land governance for, and by, indigenous communities.

In a recent interview with Tenure Facility, Quintero highlighted some of the challenges faced by indigenous leaderships in Panama even after successful legal tenure of ancestral lands. The main challenge, according to Quintero, is no longer a lack of capacity or technical know-how. The challenge is to engage with government officials, so that the lands that have been titled on paper are officially certified by government bodies. “That is the missing link,” Quintero concludes. Although indigenous lands have been titled administratively, the physical delimitation and protection of indigenous lands by government officials remains an unfulfilled promise.

Without official recognition from the authorities, indigenous communities are failing to see land rights recognised on the ground. There are no fences, no existing official noticeboards, and no landmarks to prevent entry into the many open areas within the five indigenous territories currently protected by law in Panama (Comarcas y Territorios Colectivos). Without the necessary support on the ground, indigenous lands are still prey to illegal occupancy, road building and blocking, smuggling of threatened species, as well as illegal logging, mining, and drug-trafficking.

The National Coordinating Body of Indigenous Peoples of Panama (COONAPIP), an organization representing seven Indigenous Peoples in this nation, has played an essential role in the process of titling indigenous lands, with support from Tenure Facility. However, there is much to do still, according to Quintero.

“The work on the ground has not happened,” Quintero explains. “And what is alarming is that government bodies do not have a budget to address these issues, so we are left waiting for a reply from official bodies indefinitely.”

According to Quintero, the physical recognition of indigenous territories requires the engagement of numerous government bodies that would appear to be unengaged in this process. Unless territories are protected physically, ancestral lands and forests will continue to be felled, occupied, and polluted.

What is more, law enforcement is currently non-existent in the case of indigenous land management. According to Quintero, there is no action on the ground when it comes to penalising the ongoing deforestation of Panama’s Mesoamerican Rainforest. According to Quintero, lack of law enforcement is yet another example of how implementation of land rights has not been accomplished, and how legal protection of indigenous rights is operative only at the administrative and empirical level—yet to be translated into real action and practices on the ground.

According to Quintero, an indigenous territory generates on average of 15 official allegations per month, typically involving illegal occupation, forest burning and felling of protected native trees. In 2022 alone, and out of 120 official allegations made against illegal timber felling in Darién Province alone, only one case reached the courts, leading to criminal prosecution and the jailing of two illegal timber loggers. 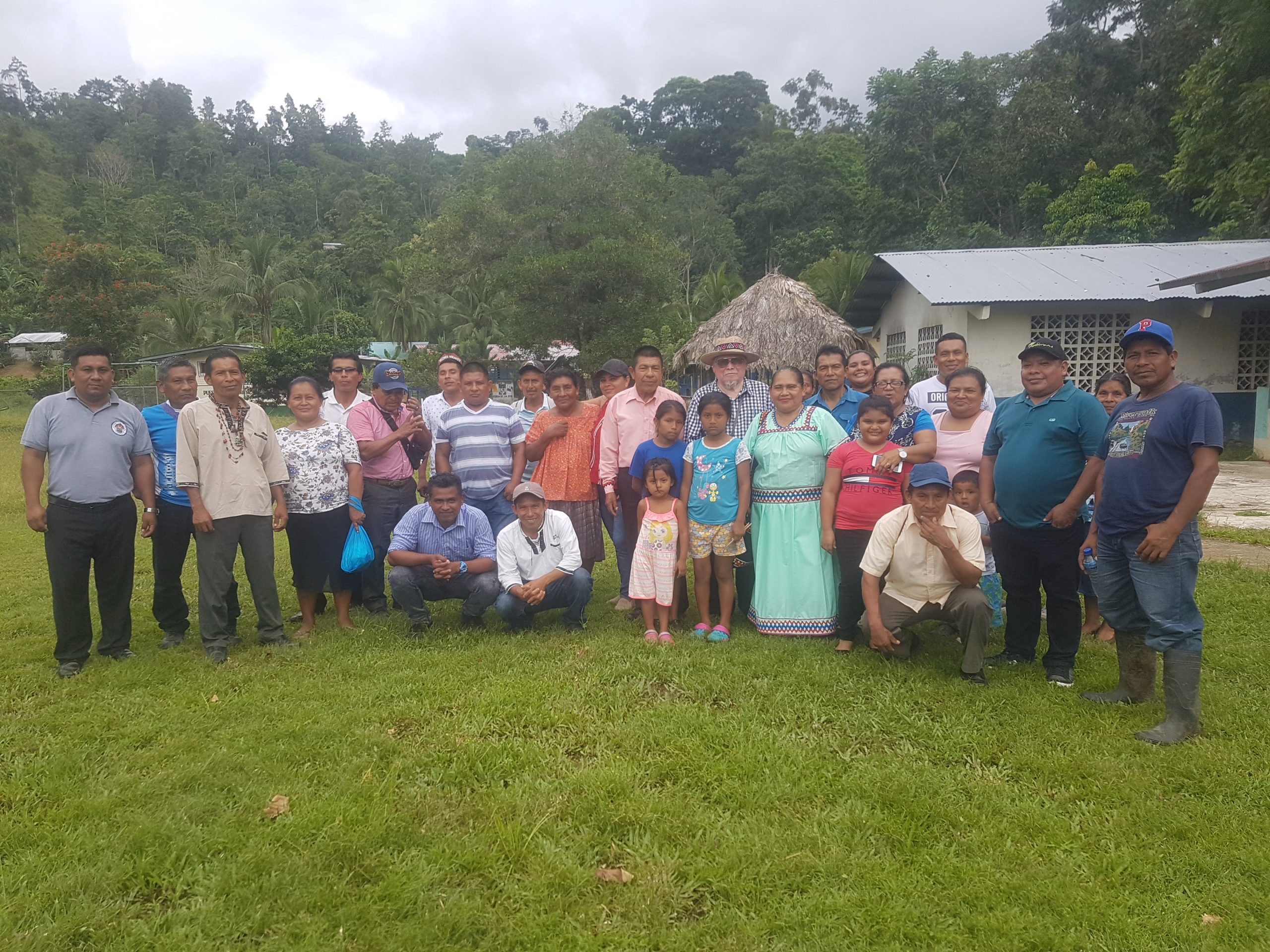 “Having only one out of 120 cases involving illegal deforestation addressed is a worrying rate,” Quintero laments. “It shows just how inefficient law enforcement is; how little the authorities care to protect forests and how vulnerable indigenous leaders are to violence and murder in certain parts of the country.” According to Quintero, lack of law enforcement also shows just how much collusion exists between government officials, law enforcement agencies, and illegal groups operating in forested areas in the country.

“The problem,” Quintero observes, “is that while law enforcement is extremely difficult to implement in safe areas, it is almost impossible in red zones which are affected by high levels of insecurity and violence.” He adds: “in areas plagued by drug related violence, indigenous communities do not stand a chance of having their legally titled lands physically delimited, or for law enforcement to operate effectively.”

Alongside other COONAPIP officers, Quintero has helped set up a high-level commission to discuss strategies for physical land delimitation and assessment of the authorities’ responsibilities. Quintero maintains that while COONAPIP can cover some of the costs of physical delimitation and forest monitoring, there is no way indigenous land management can be achieved unless government intervenes at the political and judicial level. “We have yet to receive any kind of response from government officials.” Quintero concludes.

The same applies to mangrove forests in coastal areas, which have not yet been legally recognized as ancestral territories. While coastal communities have been waiting decades for legal tenure, land developers continue to receive tenure contracts for the development of coastal resorts, resulting in further deforestation and severe environmental damage to coastal habitats.

“Why are we making such a monumental effort if the government does not act, if we don´t achieve justice? Our biggest enemy is tedium.” Quintero finalizes: “The only way forward is to start negotiations with ministers at the highest level, so that action starts from the very top. Failing that, the hardest option is to close the streets and mobilize a nationwide protest. Let us hope it doesn’t come to that.”