How we work Cross Cutting Themes Land rights and conflict

Land disputes have fuelled violence throughout human history. As a source of survival and wealth, as well as a key building block for community and identity, land frequently takes on deep socio-economic, emotional, spiritual and symbolic meaning, making it a fiercely contested resource.

Research shows that underlying land problems, including tenure insecurity, can stall development. When these problems are allowed to fester, they often stir up inter-communal tensions between marginalised groups, which can boil over into violent conflicts that disrupt lives and destabilise the region further. Many of the world’s most violent and intractable recent conflagrations have had their roots in longstanding tensions over land access.

The global demand for land continues to increase, along with the need for agricultural and other products to sustain the world’s growing population, heaping further pressure on rural and forest-dwelling communities. Private companies have been buying large areas of public land – often ignoring customary rights –fuelling tensions with local populations, which in turn threaten lives and investments. 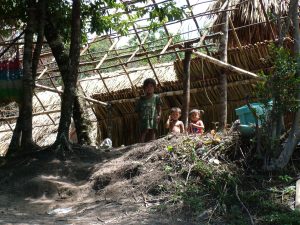 “Tenure risk” – the financial danger associated with transferring land rights without the consent of affected communities – is slowly being recognised by the private sector as a significant problem. Securing and protecting the land rights and livelihoods of the poorest and most marginalised sectors of society is an essential first step to sustainable development and economic stability.

Research demonstrates that 93–99 percent of concessions in emerging markets are inhabited. In fact, tenure risk is nearly ubiquitous in developing countries, and contested land claims can lead to conflict, regulatory disputes, and project delays that increase operating costs and can even lead to project abandonment.

The land-related drivers of conflict are complex and multi-layered. Land is intimately tied to the use and control of natural resources found there — water, timber, carbon, oil, and minerals. As a result, stronger communal land rights allow communities to better manage the resources contained within their territories.

Countries where the majority of land is claimed by the state are more likely to fall into the World Bank’s “fragile” classification than countries where communities have a higher percentage of ownership. The UN Environment Programme (UNEP) found that 40 percent of all internal conflicts are related to natural resources and that such areas are twice as likely to experience renewed episodes of conflict within five years. UNEP also noted that the way natural resources are allocated can “make or break” a peace agreement. Securing land and resource rights for local peoples is a crucial component of post-conflict peacebuilding.

Peace and prosperity require secure, protected land and resource rights for the benefit of the 2.5 billion community land holders who rely directly on these resources, and the billions more who want stable societies, sustainable and equitable economic growth, and delivery of the Sustainable Development Goals and the Paris Agreement.

The Tenure Facility works with its partners to address land rights conflict related challenges. We also facilitate the implementation of free, prior and informed consent requirements for extractive and other infrastructure projects, a right enshrined in the International Labour Organization’s Convention No. 169 on Indigenous and Tribal Peoples. This mitigates future conflict by ensuring communities are consulted about projects, whilst providing a forum for addressing human rights violations.