The country is perhaps best known for Mount Everest, the highest point of our planet, but there is much more to Nepal’s geography than the Himalayas: extensive lowland plateaus, rich in forests with subtropical and tropical zones, lie between the mountain ranges. Nepal’s inhabitants are more diverse still, numbering 125 caste and ethnic groups, including 59 legally recognised Indigenous Peoples. Nepal’s enviable biodiversity, fertile natural habitats and abundant resources have been severely threatened by land clearances - for crops, the grazing of livestock and human settlement. Yet in recent years forested areas have increased by more than 5%, thanks to the country’s Community Forestry Programme, a pioneering environmental governance system which puts the active involvement of forest users at its heart. The consequent prevention and reversal of environmental degradation, as well as the benefits for the overall wellbeing of Indigenous Peoples, have put Nepal squarely on the map as a world leader in community-based forest management. 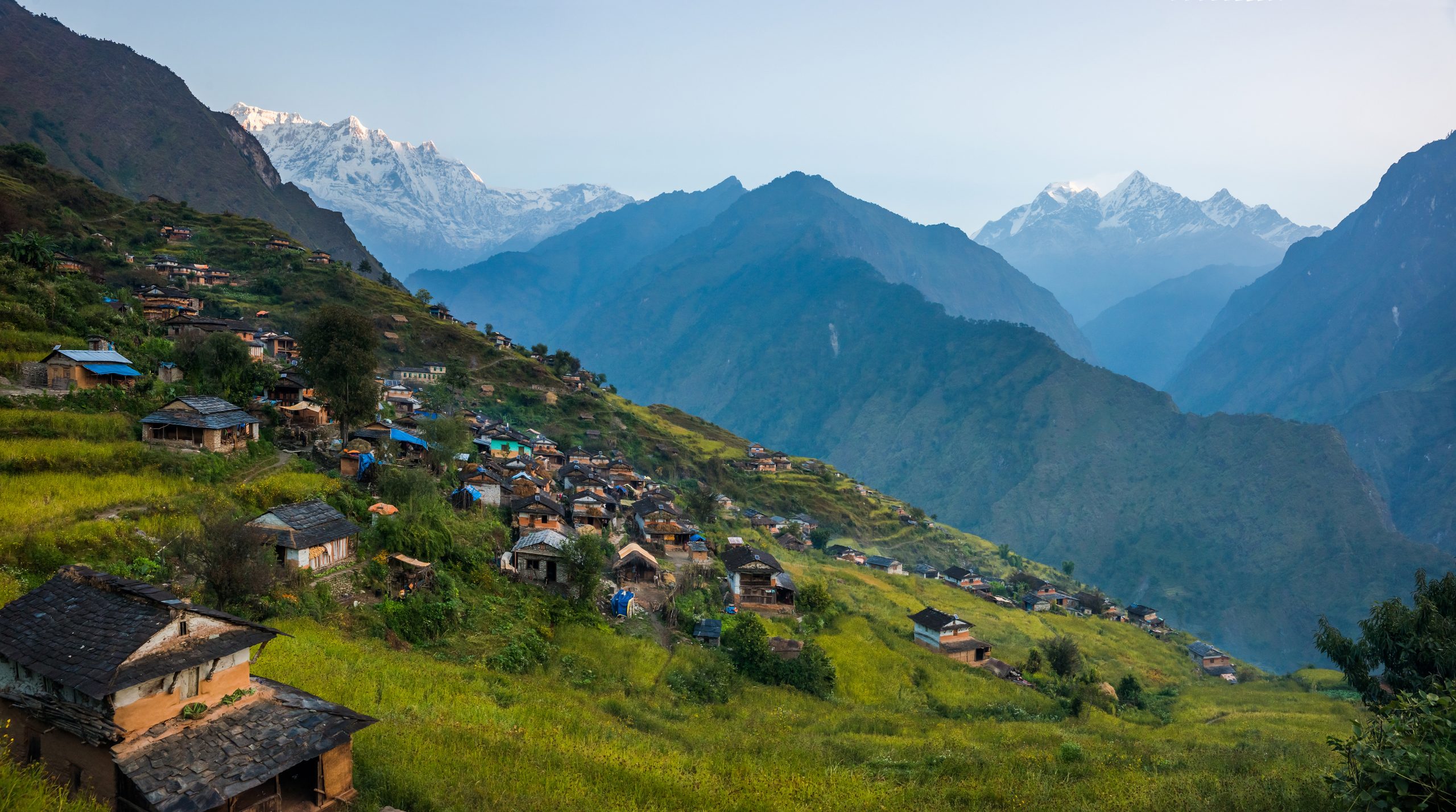 The Community Forestry Programme has also helped shore up the peace following Nepal’s decade-long civil war, by increasing participation and voices of support from previously marginalised peoples. It has achieved this by facilitating autonomous decision-making among such groups and enabling them both to manage their own resources and share in the profit. The result: a remarkable example to inspire community-based programmes in other countries.

Nepal’s population numbers more than 29 million, the overwhelming majority of whom are Hindu, with Buddhists and other faiths accounting for fewer than 20%. Rural communities outweigh urban populations by a similar proportion, although the figures for town and city dwellers are steadily growing.

The latest United Nations statistics suggest a quarter of Nepalese live below the national poverty line. Engrained income inequalities, along with lack of fair access to land and resources, have been historical drivers of conflict in the country, most recently the decade-long Maoist insurgency that ended in 2006. This led to the toppling of the monarchy and the formation of a republican system of government. In the course of the fighting 17,000 people lost their lives, while as many as 100,000 others are estimated to have been displaced.

While land disputes are now largely settled in the courts, it was not until the adoption of a new constitution in 2015 that land reforms and tenure rights were properly established in law. This has provided an opportunity for Indigenous Peoples and local communities to step up their efforts to attain tenure rights over their ancestral lands, in order to better protect customary institutions, self-governance systems and traditional forest-based livelihoods.

The constitution gave rise to a Land Reform Commission to secure territory for dispossessed and disadvantaged groups, as well as tackling discrimination based on caste, language, religion and culture. However efforts to digitise land registration remain patchy, resulting in information that can be inaccurate or outdated.

In 2007, Nepal ratified the International Labour Organization Convention 169 and adopted the United Nations Declaration on Rights of Indigenous Peoples, thereby creating statutory obligations the state must observe. The right to own and sell property is afforded to every citizen by the constitution, which also outlaws feudalism and prohibits the exploitation of individuals. Meanwhile, the Land Act of 1964 remains in force, and allows for the local control and collection of taxes; regulates the transfer of state land into private ownership; establishes ceilings on agricultural land holdings; and provides for a commission to govern the consolidation of fragmented holdings, while offering incentives to create farm cooperatives. Despite these legal provisions and protections, implementation can be sporadic and Indigenous Peoples remain largely unrepresented in the higher echelons of Nepalese politics.

The total territory of Nepal extends to roughly 145,000 square kilometres, of which a quarter is forested. Roughly a third of this arboreal land is in turn managed and protected by 22,000 legally mandated institutions known as Community Forest User Groups. The government aims to increase this proportion to 40% by 2025. Widely seen as responsible for mitigating climate change as well as fending off or reversing environmental damage, Nepal’s community forest programme has also given rise to the country’s largest civil society organisation, the Federation of Community Forest Users of Nepal.

Key policy documents promoting community forestry in Nepal include the 1989 Master Plan for the Forestry Sector; the Forestry Act of 1993; the Forestry Regulations of 1995; and the Community Forestry Guidelines promulgated in 2009. Taken together, they form the legal and the administrative framework that secures the use and management rights – as well as responsibilities – of forest users and inhabitants.

For a timeline of land and forest rights in Nepal, click here.

To find out about the work of Tenure Facility’s partners in Nepal, see below.

Forests and resources are restrained by restrictions imposed by forest bureaucracy

Nepal’s 2015 Constitution restructured the country as a federal republic, completing a process of thorough-going reform that followed ten years of civil war
Your subscription could not be saved. Please try again.
Your subscription has been successful.