Ecuador is one of the ten most mega-diverse countries in the world, even though its total territory is smaller than that of Norway. 1.1 million people (6.2% of the country’s total population) self-identify as indigenous, and Ecuador's indigenous movement has attained a historical leadership that has brought together various sectors of society. Land demands in Ecuador are formulated in a long-lasting context of social and political instability. The most recent event took place in June 2022 when indigenous organisations led the demand of social and economic reforms, including demands for effective implementation of their collective rights, from the government in the face of high inflation and unemployment.

Ecuador is a relatively small country with a high population density which is increasingly concentrated in urban areas. Of its 17.6 million people, about 35% are rural, a percentage that has steadily declined over time. One of the world’s 17 “mega diverse” countries, Ecuador is also home to significant cultural diversity. Following official data, 1.1 million people (6.2% of the country’s total population) self-identify as indigenous. Fourteen indigenous groups are recognized: Achuar, Andoa, Awa, Chachi, Cofán, Epera, Quichua, Secoya, Shuar, Shiwiar, Siona, Tsáchila, Waorani and Zápara. Several of these groups (and sub-groups) have low remaining populations. Afro-descendent Ecuadorians make up around 5% of the country’s population.

As in many countries, land distribution in Ecuador is highly unequal. Smallholders account for 64% of the food produced for local consumption, but they own only about 20% of the country’s land. By contrast, agribusiness controls over 80% of agricultural land in Ecuador, including an estimated 63% of all available water for irrigation (FAO2020). These inequalities are rooted in colonial-era systems of land tenure that favored large-scale landholdings. Since the 1960s, a number of reforms have attempted to strengthen private property rights through the recognition of land titles for small (largely mestizo) farmers.

In the Amazon in particular, these reforms encouraged colonisation by Andean populations, classifying large portions of the region as unsettled (tierras baldías), ignoring the ancestral territories of multiple indigenous groups. Land under “productive use” was eligible for title and credit, effectively incentivising deforestation and fragmentation of ancestral indigenous lands into multiple private hands. At the same time, over four decades, the government declared at least 1.4 million hectares of ancestral indigenous lands as national parks, granting sole ownership to the state. 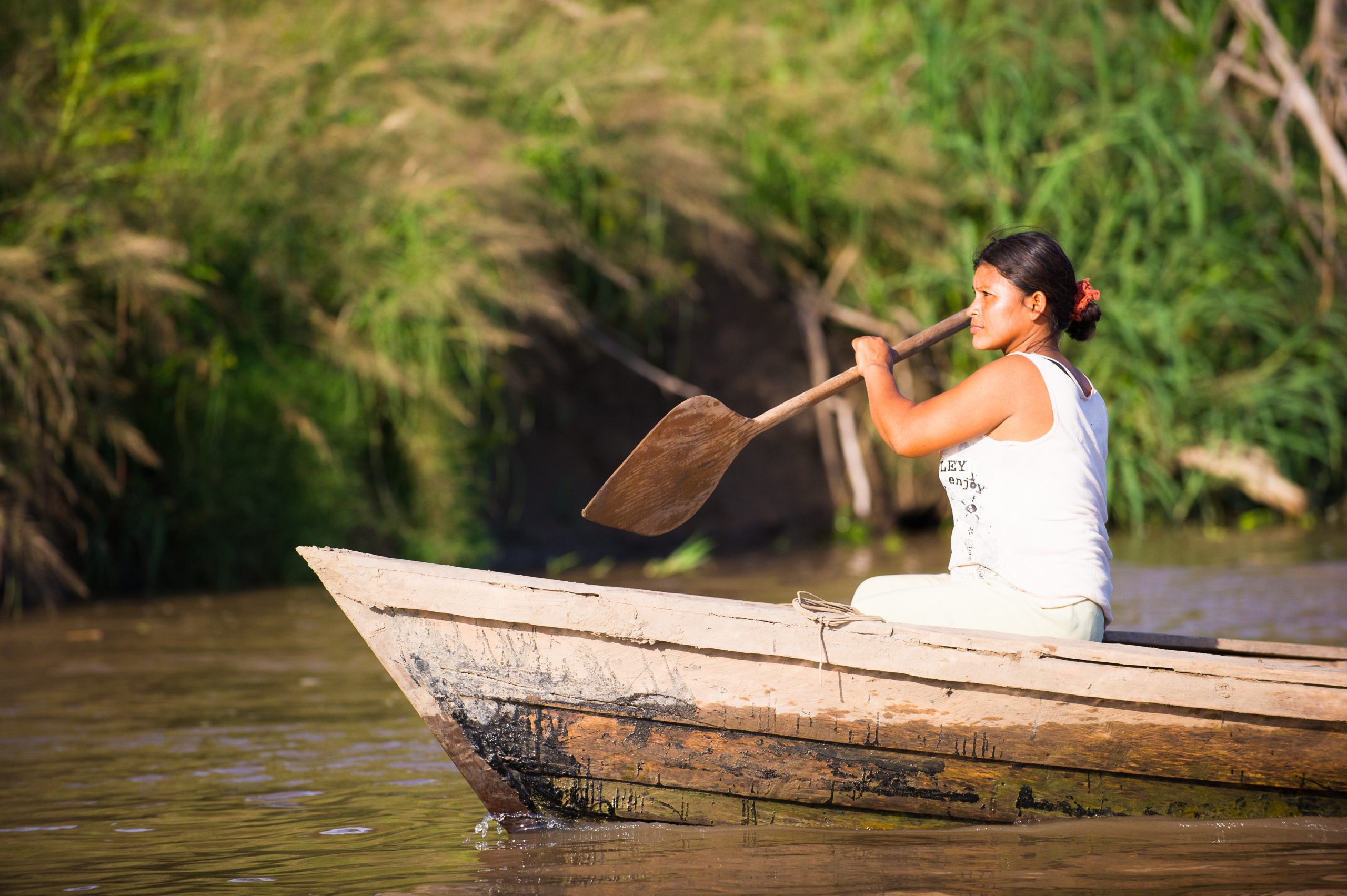 During the last 15 years, however, new legislation has been introduced with the aim of recognising local rights to land and resources, in particular for indigenous peoples. Most notably, Ecuador’s progressive Constitution of 2008 guarantees a suite of rights for indigenous peoples, officially declaring the country a “pluri-national state.” Multiple articles in the Constitution are unequivocal in enshrining indigenous rights to land, stating clearly that indigenous peoples have the right to possession of their ancestral lands and territories, that titling of these lands is guaranteed “at no cost,” and that they will remain moreover “exempt from the payment of fees and taxes.”

In 2016, Congress passed the Organic Law of Rural Lands and Ancestral Territories. This law establishes the legality of all “land and territory in ancestral possession and ownership”as belonging to indigenous peoples. Subsequent legislation –specifically the 2017 Organic Code on the Environment and a 2019 regulation for Code implementation –lays out the general guidelines for recognizing indigenous ownership rights overall ancestral territories, including those within protected areas.

For a timeline of land and forest rights in Ecuador, click here.

For more information on our work in Ecuador, click on the link below.