A visual history of Indigenous Peoples' land rights in
India

The goal is to secure the rights of 5,000 villages over 1 million hectares of community forestland

And scale up across the country

After centuries of struggle, India’s Adivasi peoples and forest dwellers can secure their rights to govern, manage, and use their customary forests

Nearly 250 million people live in and around forests in India. They include about 100 million members of indigenous ‘Scheduled Tribes,” known as Adivasi, the collective name for India’s many Indigenous Peoples. Descendants of the earliest inhabitants of the subcontinent, the Adivasi comprise more than 200 distinct peoples who speak more than 100 languages. They rely on forests for food, water, habitat, and their livelihood. India’s colonial laws stripped the Adivasi of their customary forest rights, and many are displaced, criminalized and impoverished. Most forestland is owned by the state, with large areas contracted to private sector companies.

The 2006 Forest Rights Act (FRA) aims to redress this historic injustice. It gives Adivasi and other traditional forest dweller communities the right to govern, manage, and use their ancestral forests. However, few have secured their rights due to resistance and low capacity in government institutions and lack of awareness in Adivasi communities.

With Tenure Facility support, the Indian School of Business (ISB), the research and policy advocacy group Vasundhara, and the Society for Rural, Urban and Tribal Initiative (SRUTI) are capitalizing on current political will, grassroots mobilization, and civil society strength in the states of Odisha, Jharkhand, and Chhattisgarh to implement the Act. They aim to build the awareness, capacity, and momentum required to upscale implementation of the FRA across the country. Full implementation could secure community tenure and jurisdiction over 32 million hectares of forest claimed by 150 million tribal and forest-dwelling people living in 170,000 villages. 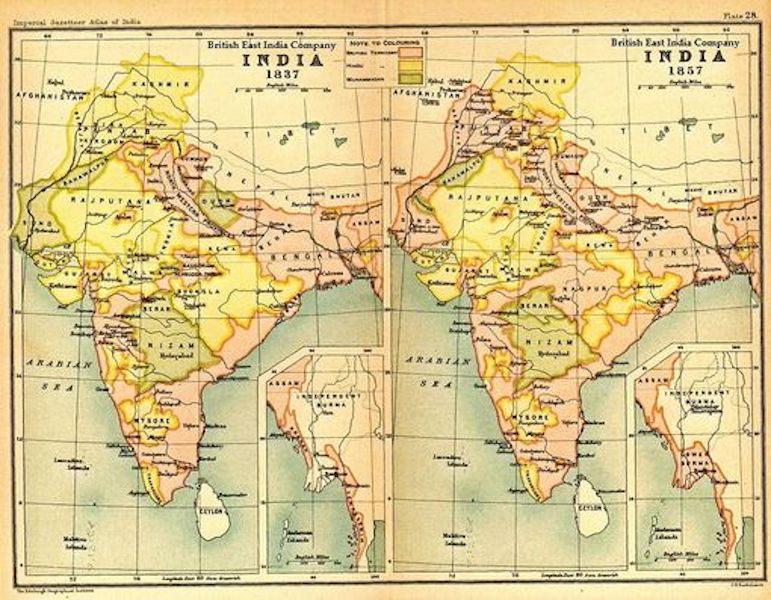 They are joined by peasant armies and the Indian nobility. The conflict is fuelled by the company’s land annexations and dispossession of local people and elites. 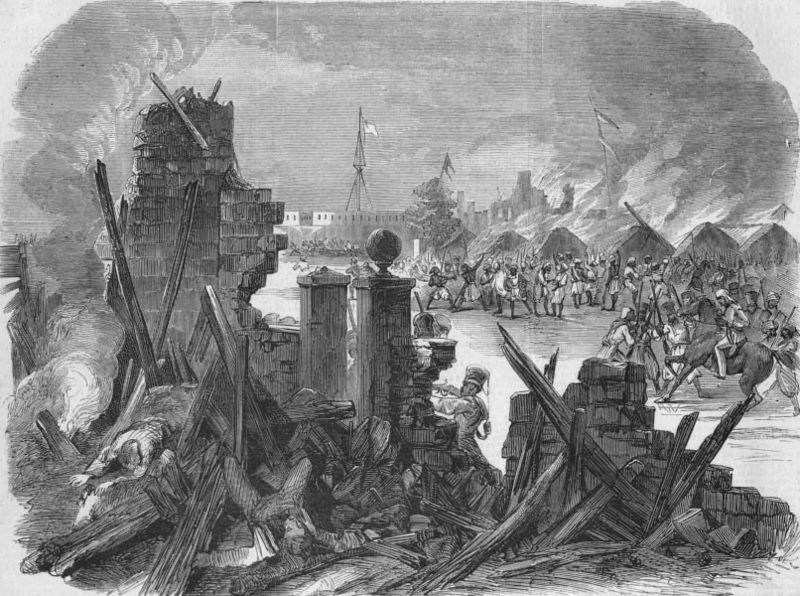 India becomes a colony of the British Empire

British East India Company rule is abolished. Much of forested India remains within nominally sovereign princely states which owe allegiance to the British.

The Act creates a legal regime of strict state control of forests.

The new Indian Forest Act empowers the colonial government to declare any forest as reserved, protected, or village forest, extinguishing prior claims

Forest dwelling communities are alienated from their ancestral rights to forests. Most of the princely states also enact laws based on the Indian Forest Act of 1927 to exploit and govern forests, often curtailing the rights of Adivasi and other forest-dependent communities.

British provinces are partitioned into India and Pakistan, leading to mass migrations and the death of 500,000 people

India and Pakistan gain independence after centuries of struggle.

More than 500 princely states, many with large forests, are amalgamated into India between 1947 and 1950

In the Constitution responsibility for land and forest governance rests primarily with states.

By freezing forested zones, the Act made it difficult to recognize pre-existing forest rights.

The FRA addresses the historic injustices committed against Adivasi by the British colonial and independent governments. The FRA says forest-dwelling scheduled tribes and other traditional forest dwellers are integral to the survival and sustainability of the forest ecosystem. It establishes their right to protect, conserve, and manage forests, wildlife, and biodiversity through village assemblies known as Gram Sabha. The process of recognizing rights is democratized the Gram Sabha playing a central role.

United Nations General Assembly adopts the UN Declaration on the Rights of Indigenous Peoples (UNDRIP) with 144 countries, including India, voting in favour. 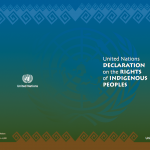 The procedures for recognizing community rights and other rules for operationalizing the FRA are unclear. 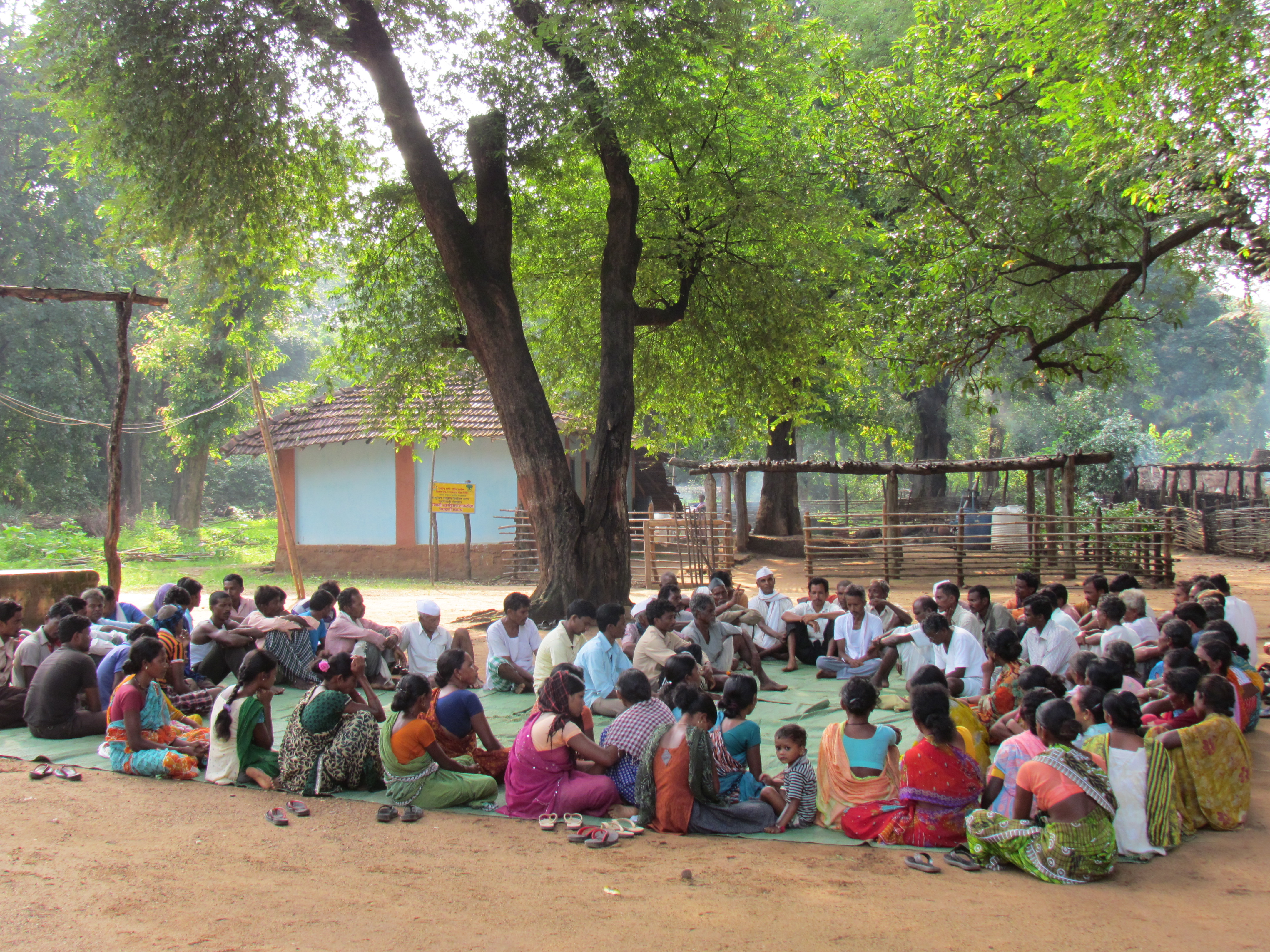 The Act seeks to ensure an informed, participative, and transparent process for land acquisition for industrialization, urbanization, and infrastructure development, as well as just, fair, and humane compensation and resettlement.

Report estimates at least 150 million forest dwellers in India gained the opportunity through the FRA to have their rights recognized over a minimum of 40 million hectares of forestland in more than 170,000 villages

ISB, Vasundhara and SRUTI begin partnership with the Tenure Facility to secure the rights of 5,000 villages over 1 million hectares of community forestland