With the signing of the Land Rights Act (LRA) in 2018, Liberia established the legal framework for securing the customary collective community land and resource rights of two million Liberians. Anticipating passage of the LRA, the Tenure Facility pilot project in Liberia, completed in 2017, prepared for nationwide land reform by developing and testing a practical guide to support local communities in the process of self-identification, the first step in claiming their land rights.

This initiative builds on the achievements of the Tenure Facility pilot to scale-up rights recognition under the LRA across Liberia. It is led by the Foundation for Community Initiatives (FCI), a Liberian non-governmental organization that advocates for the rights of women, youth and other groups that are face social exclusion or marginalization in the natural resource sector. Other partners include Parley Liberia, the Sustainable Development Institute (SDI), and the Liberia Land Authority (LLA). Parley Liberia provides intermediary and advisory services to communities, companies and government regulators who are collaborating to develop land and natural resources in Liberia. SDI works to transform decision-making about natural resources in Liberia, so that benefits are shared equally. The Liberia Land Authority controls access to public land and promulgates regulations necessary for effective land governance.

The partners aim to advance tenure security over 788,190 hectares for 24 communities, benefiting 100,000 people. They are developing a common methodology for participatory mapping, developing guidelines to help communities navigate the LRA process, and training a cadre of organizations and individuals to support communities across Liberia as they secure their rights. In addition to mapping, demarcating, documenting and registering their claims with the Liberia Land Authority, the 24 communities are developing by-laws and/or constitutions for governing and managing their lands. They are also learning to resolve conflicts and to include women, youth, and other groups in decision-making and on land governance bodies. The initiative is aligned to support other Liberian national and donor-funded programs, such as the USAID-funded Land Governance Support Activity and the World Bank-funded Liberia Land Administration Project.

Under the new Land Rights Act

Advancing tenure security over 788,190 hectares for 24 communities, benefiting 100,000 people— and building capacity to scale up collective customary land and resource rights under the Land Rights Act across Liberia

“The LRA is the cornerstone for ensuring more just and equitable land ownership in Liberia. Ensuring that our communities' land are recognized and protected is essential to sustaining peace in Liberia after two civil wars, sustainable development in our rural areas, and protection of Liberia's threatened forests. The LRA also provides opportunities for us to overcome traditional barriers to women's participation in decision-making over land and resources by ensuring their voices are heard. ” — Julie T. B. Weah, Foundation for Community Initiatives (FCI) 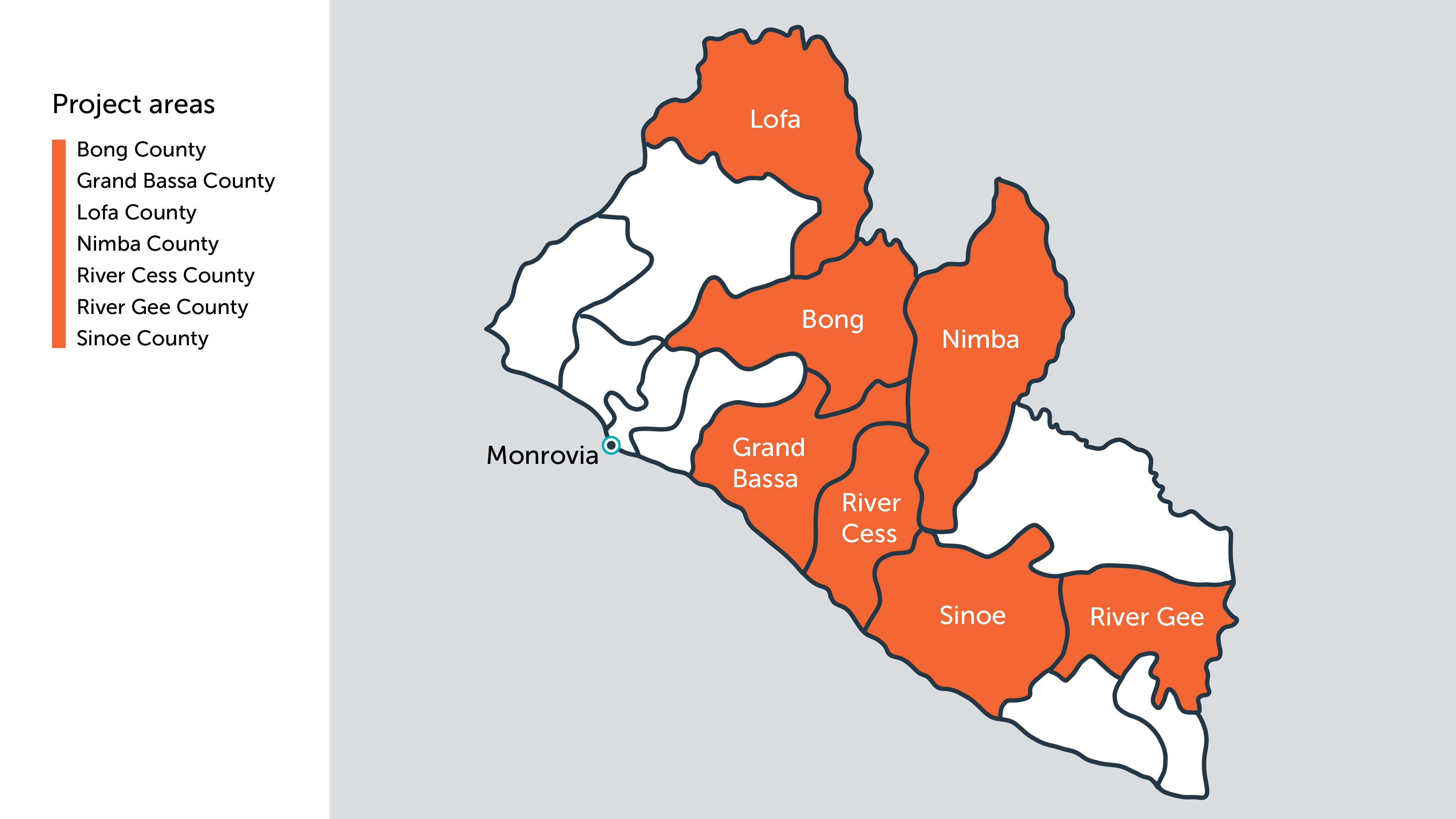 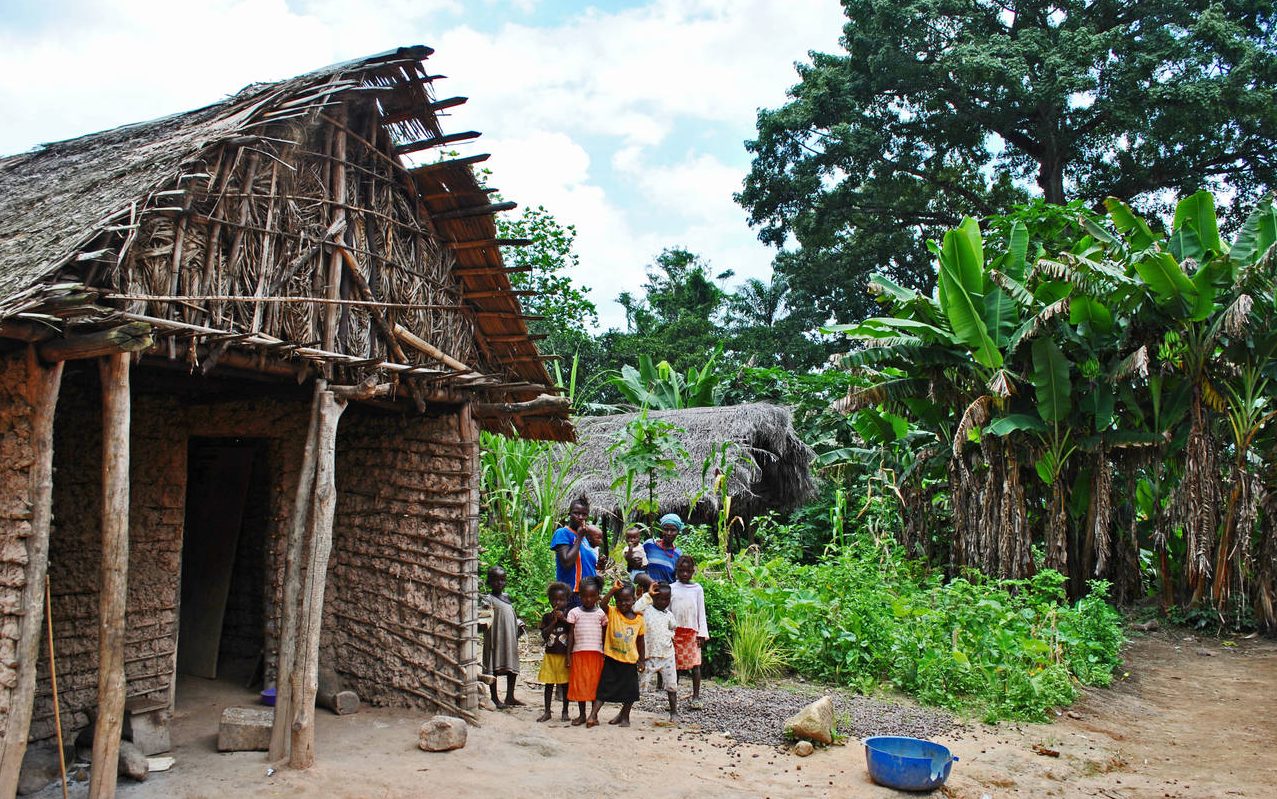 Women, youth, immigrants and other socially excluded or marginalized groups

The Sustainable Development Institute (SDI) led a multi-stakeholder initiative to develop and test a national guideline for community self-identification in partnership with Liberia’s Land Commission, the Foundation for Community Initiatives (FCI), Development Education Network (DEN-L) and Parley Liberia. Liberia is still recovering from two civil wars. A crucial element of the Accra Peace Agreement, signed by the warring parties in 2003, was ensuring a more just and equitable process of land reform. The guideline supports the land reform envisioned by Liberia’s new Land Rights Policy and Land Rights Act by clarifying the first step in a process to gain collective title to their customary land. This project also built capacity for implementing the protocol and prepared for national adoption and upscaling.

“While there have been some issues…the trust, mutual understanding, and communication channels developed through the pilot project represent major assets for further developing the relationship with CSOs, and jointly move forward in the recognition of community customary lands.” — Othello Brandy, Chair of the Liberian Land Authority

To ensure that collective community land and natural resource tenure rights of local communities in Liberia are recognized, secured and formalized

“This initiative is very good for our community. We as local authorities and traditional people are happy about it. I think it changes our story, ‘from caretaker of customary land to real owners’ and it shows us how to do it [tenure security].’ So, I as the Paramount Chief, me and elders give you and the project our full support.” — Paramount Chief of Kpelle Chiefdom, Salayea District, Lofa County

Communities in pilot sites, including women, youth and other marginalized groups