Learning Exchange in India highlights innovations in securing and scaling up land tenure, the business case for implementing tenure reforms, and how secure community tenure fosters peace and gender equity 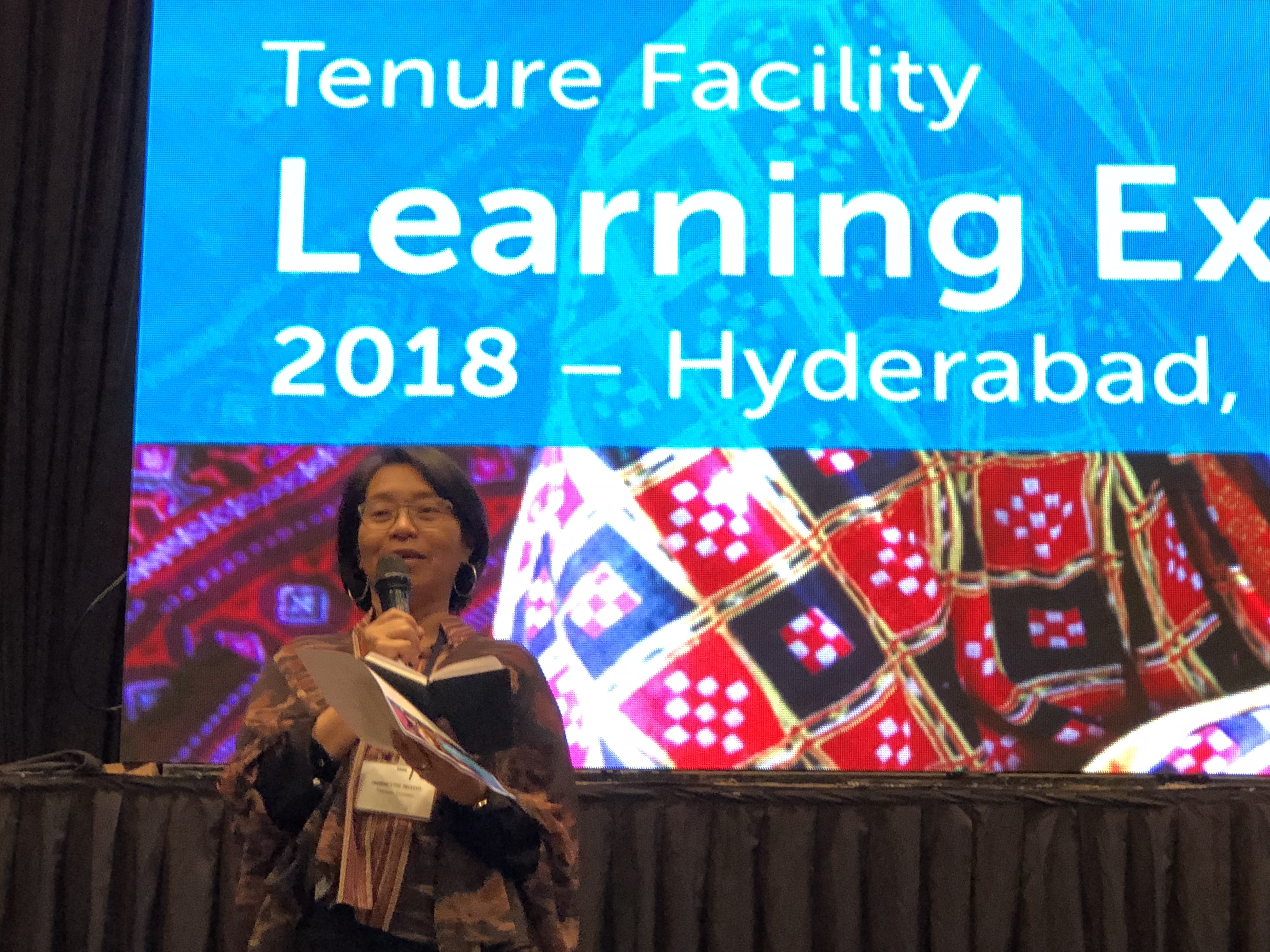 Leaders from Africa, Asia, and Latin America met October 4 to 6 in Hyderabad, India, to share lessons learned from initiatives supported by the Tenure Facility. The fifth Tenure Facility Learning Exchange brought together about 75 participants from nine countries. It was co-hosted by the Indian School of Business (ISB), the Rights and Resources Initiative (RRI), and the Tenure Facility.

Three major themes emerged from the discussions: the business case for supporting community land rights; the importance of securing recognition of women’s land rights on the ground; and the crucial role secure tenure plays in preventing conflict and preserving peace.

“We’ve seen enormous progress over the past three years in areas where the Tenure Facility has invested in the ongoing work of Indigenous Peoples and local communities to secure their land rights,” said Nonette Royo, Executive Director of the Tenure Facility. “The results show enormous potential. They prove that by investing in communities we can catalyze in a short period of time the recognition of tenure rights which are key to achieving global goals on climate change, gender equity, and the Sustainable Development Goals.”

In Indonesia, where a Tenure Facility initiative has already titled nearly 1.5-million hectares of community land, a new project will upscale these gains within the context of the country’s land reform. The new project will bring on board two new partners: the Agrarian Renewal Consortium (KPA) and the Indigenous Territory Registration Body (BRWA).

“The amplification power of the Tenure Facility lies in its trust in and support for indigenous leaders and organizations that have been leading the fight for recognition,” said Rukka Sombolinggi, Secretary-General of the Indigenous’ Peoples Alliance of the Archipelago (AMAN). “But equally important is its ability to convene key players and unlikely allies, be it in Indonesia or across the world.” 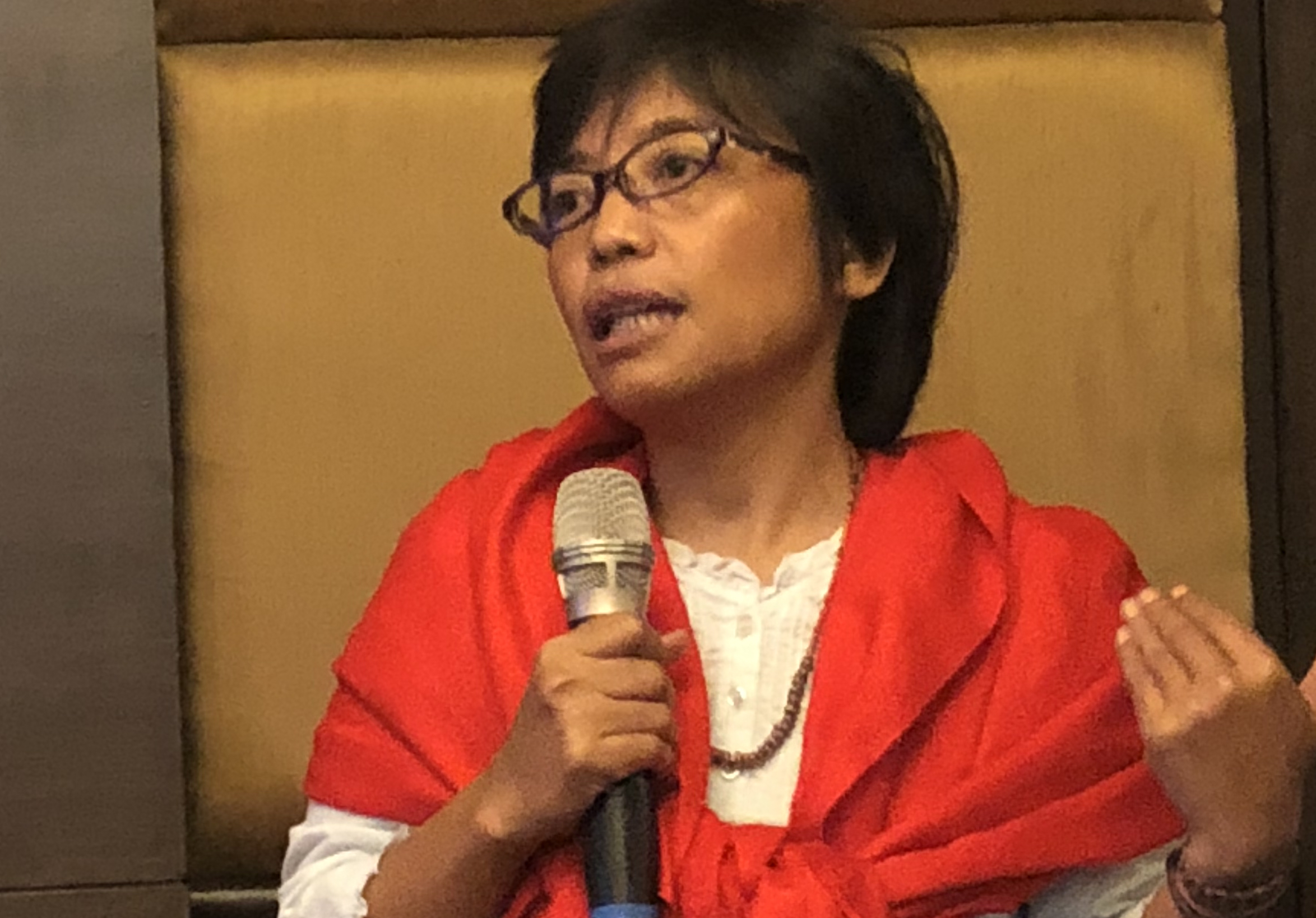 Rukka Sombolinggi, Secretary-General of the Indigenous’ Peoples Alliance of the Archipelago (AMAN)

In India the potential benefits of recognizing community land rights is enormous. Under India’s Forest Rights Act, a landmark 2006 law that recognizes community rights to their forestlands, more than 32 million hectares of community forestland could be recognized. Implementation of the law could bring about the largest land reform in the world. The Tenure Facility initiative in India—led by civil society organizations Vasundhara and Society for Rural, Urban, and Tribal Initiative (SRUTI) as well as the Indian School of Business—will support community-level titling of forestlands. The initiative has already conducted trainings, established a data portal, tested a monitoring system, and filed 600 claims for titling forest rights at the community level.

While one of India’s foremost business schools may seem like an unlikely ally in this process, ISB’s hosting of the Learning Exchange and work on the Tenure Facility initiative in India shows both its commitment to implementing the FRA and its leadership in a global discussion about the business case for community land rights. Previous research from RRI and ISB on the impact of land-related conflict on stalled investments laid the groundwork for this case in India. It showed that out of 80 high-value stalled projects studied more than a quarter were stalled due to land disputes, putting nearly US$26 million in investments at risk.

“ISB’s involvement with community forest rights shows how important it is for unconventional allies like ISB to make the business community aware of the importance of supporting community land rights as a business imperative,” said Arvind Khare, Senior Director for Tenure Facility Support Programs. “We’ve quantified the business impact of ignoring communities’ rights in India, but talking to leaders from all over the world, it’s clear that there’s room for growth globally on this issue. The question now is whether the rest of the business community in India—and the world—will follow its lead in respecting rights.” 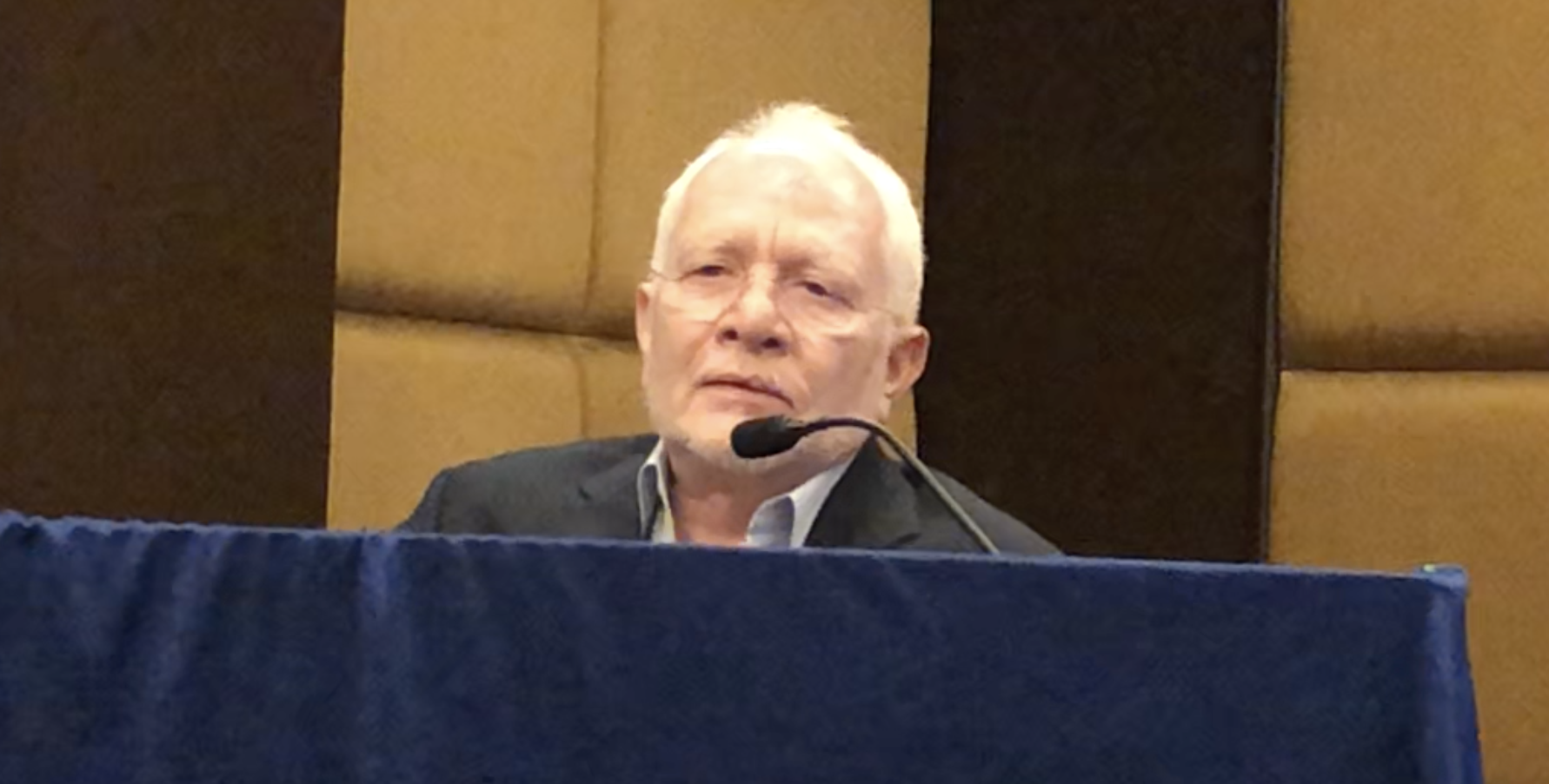 Indigenous and rural women often play a key role in managing community resources. But their rights to inherit, own, and manage land are rarely respected. Of 81 low- and middle-income countries examined in a report issued last year by RRI, not a single one met its obligations under the Convention on the Elimination of all Forms of Discrimination Against Women (CEDAW). But even where the laws are more progressive regarding women’s land rights, implementation remains a hurdle as well. A proposed project in Burkina Faso would support the efforts of women’s cooperatives to secure land titles which would allow them to cultivate these lands and support women-owned community forest enterprises.

Towards the tipping point

Andy White, Coordinator of the Rights and Resources Initiative, said the Tenure Facility’s innovations in implementation are already moving towards a tipping point on community land rights recognition. “If just the laws that are already on the books in a few key countries are implemented, we could see 40 percent of forests in the developing world being recognized as community forest. This would be a huge step towards saving the world’s forests, and also for ensuring peace and prosperity. Indigenous Peoples, local communities, and women have shown tremendous courage, dignity, and strength in their long struggle for their land rights over generations. It’s time for governments to realize that respecting rights is the right thing to do for their own countries and for the world.”

Resolving conflicts over land and building a sustainable peace

Tenure Facility support for projects in post-conflict environments such as Colombia and Liberia—and places at risk of conflict such as Mali—get to the heart of the need to resolve longstanding conflict over land in order to build lasting peace. In Liberia, enactment of the country’s landmark Land Rights Act (LRA), signed last month by President George Weah after years of education and campaigning by local civil society, sets the stage for recognizing customary land rights across the country. But while the achievement is a sign of communities’ strength, the next stage poses the risk for communities that implementation of the LRA could subvert communities’ interests—and risk backsliding.

“The passage of the Land Rights Act is a tremendously important moment for the consolidation of Liberia’s peace,” said Ali Kaba, Program Director at the Sustainable Development Institute, a civil society organization in Liberia. “But before we can celebrate this achievement, we have to ensure that the Act is implemented in a way that recognizes the best interests of communities. Otherwise, we risk the same pattern of destabilizing conflict over land that has persisted for year and helped fuel Liberia’s terrible civil wars.”

In Mali, a previous Tenure Facility-supported project supported HELVETAS Swiss Intercooperation and the National Coordinating Body of Peasant Organizations in Mali (CNOP) in their efforts to create land commissions. The land commissions provide a forum to resolve low-level land conflicts that fueled much of the discontent and insecurity that destabilized the country over the past several years. And they worked. The 17 commissions created by the pilot project led to a 25 percent reduction in land conflicts at the commune level, and a 35 percent reduction at the village level. A proposed new project would upscale land commissions across the country, expanding into areas at greater risk of conflict.

“Peace cannot be built through military intervention in the long term,” said Boubacar Diarra, who served as the Coordinator for the Tenure Facility Pilot Project in Mali. “We have a legal framework that is up to the task of preventing the low-level conflicts over land that have fed the greater insecurity we now face. But it is up to us to create the institutions that can build the faith of communities, and especially young people, in a future that is free of insecurity over land.” 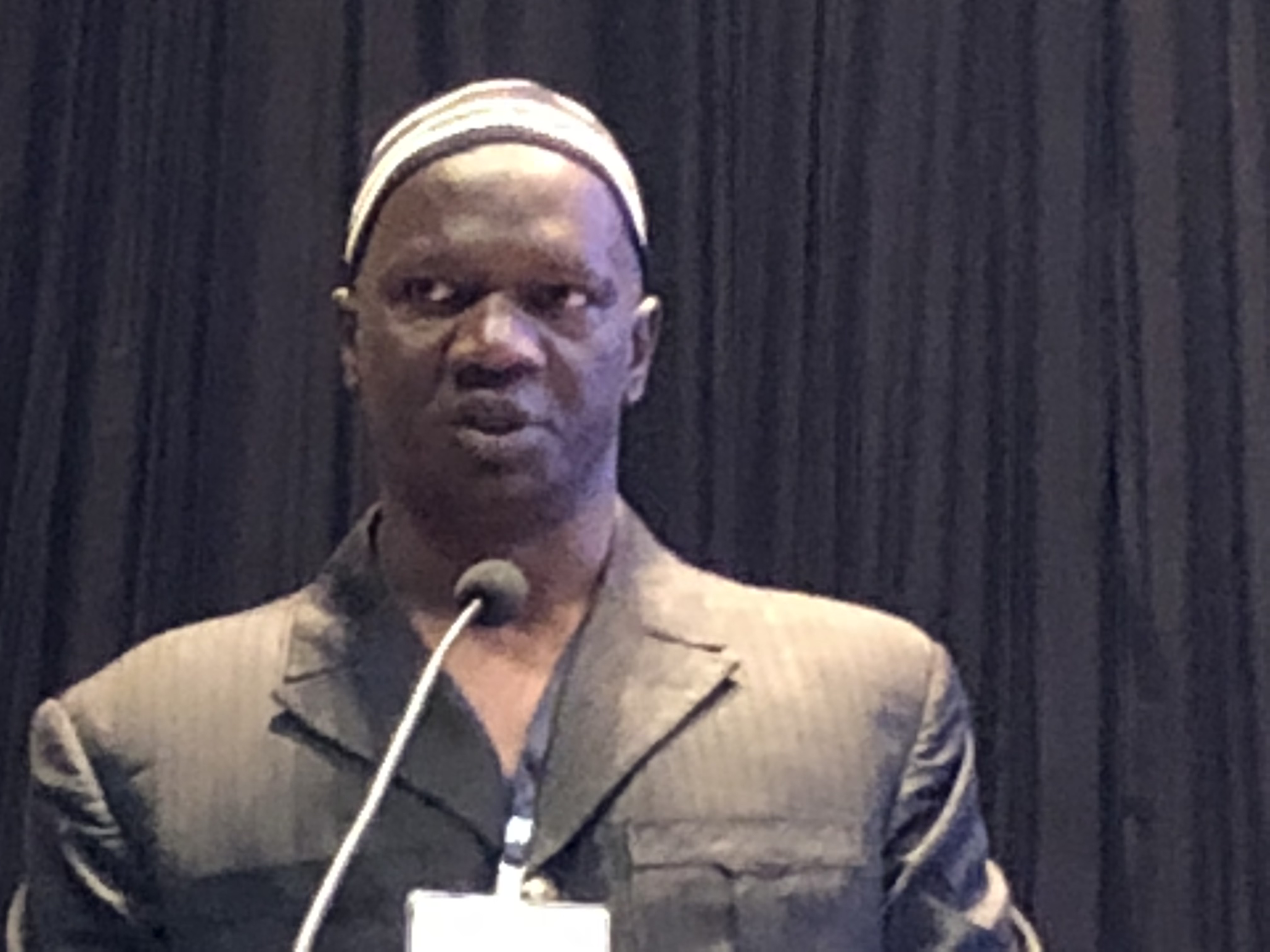 To learn more about the Learning Exchange, see these documents:

Agenda in English, French, and Spanish

Photos of the Learning Exchange