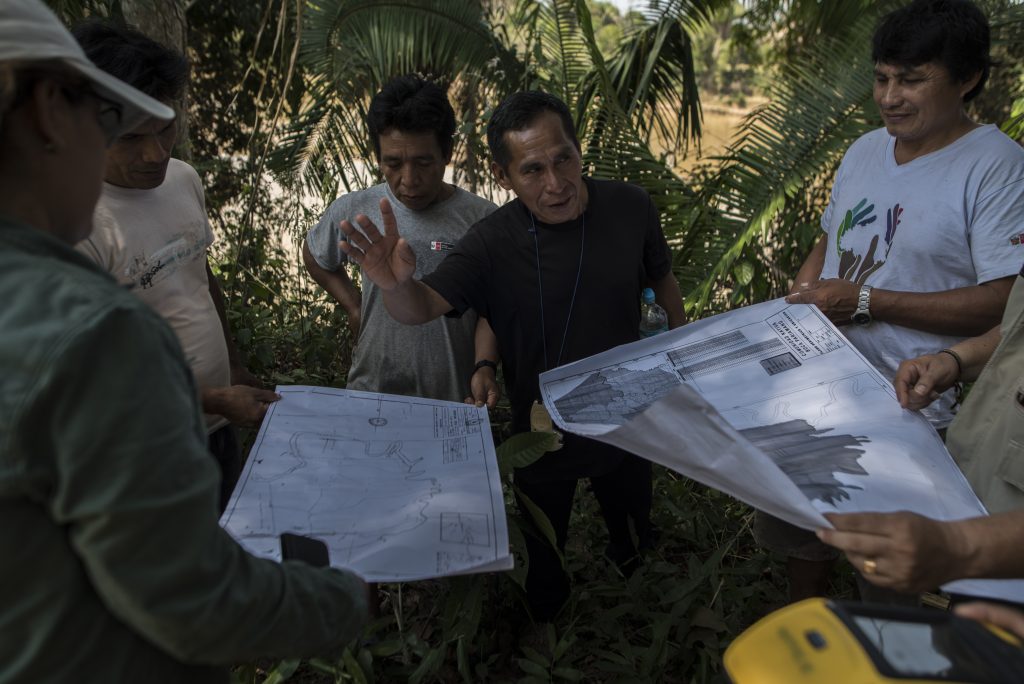 Boca Pariamanu is a community of 22 families, with a population of 85. They are members of the Arahuaca ethnic group. The community could not receive official title to their lands without determining the geographic coordinates of its land and resolving overlapping rights with two chestnut concessions and mines. With technical support from FENAMAD, the residents established the boundaries of their territory using modern technology. Their map was adopted by the community’s General Assembly as well as by the government. The community has not yet received official collective title. However, with its territorial boundaries clearly defined, it was able to resolve the land conflicts with the mines and one chestnut concession. The community is currently negotiating with the second chestnut concession, and expects a favorable outcome soon. When this conflict is resolved, the government will be able to process Poca Pariamanu’s title. Although this process will take time, the residents of Boca Pariamanu are already better equipped to protect their land rights and their forestland, and negotiate with miners and others who threaten the territory they depend on for their livelihoods.